Welcome to the village of long-life

Hinton St George, a village in Somerset, has been named as the best place for a long retirement with men living past 88 years old. 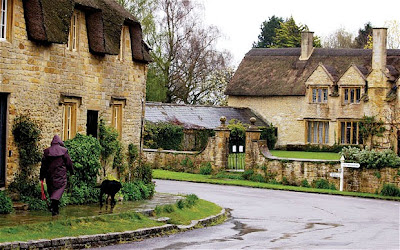 Retired men in Hinton St George, Somerset can expect to live a full four years longer than those in Bootle, Merseyside, which ranked bottom in a survey of life expectancy.

A study of 1.5 million pension records showed men retiring at 65 in Hinton St George were likely to live to 88.7 years old while women were expected to reach their 91st birthday.

In Bootle, life expectancy for male pensioners was 84.9 years, and 89 years for women.

The village of Hinton St George – named after England’s patron saint – has a population of just 400 and is partly protected by a Conservation Area.

A cider sampling event has been an annual highlight in the village since 2009.

He said: "The strange thing is, about 80 per cent of the people here come from the south east of England.

"Many of the retired are former barristers, school teachers and former members of the clergy.

"It is a lovely place to live, there is a society for everything. A group of us here took over the village shop and Post Office last July.

"It is a very busy community but there is not the stress and pollution here – it is a very stress-free environment.

"The village has an award-winning gastropub and even has an almshouse providing accommodation for the elderly."

The research, by actuaries at Towers Watson, showed Aldeburgh in Suffolk had a similarly high life expectancy while Frinton-on-Sea in Essex, Seaview on the Isle of Wight and Ferndown in Dorset completed the top five.

According to the findings, only one of the top 15 places with the highest life expectancy for the retired was not in the south of England. Talybont in Merionethshire, Gwynedd, was the only exception with a life expectancy of 88.3 years for men and 91.4 years for women.

Mortality rates amongst people receiving occupational pensions showed retirees in Bootle, Merseyside were expected to die at a younger average age than anywhere else in the country.

Salford in Greater Manchester, Belfast and Londonderry were also among the places with lower life expectancies.

Matthew Fletcher, a senior consultant at Towers Watson, said: “Where people live can be a powerful predictor of how long they will live. Of course, this does not mean that a man could extend his life by four years simply by moving from Merseyside to Somerset.

"Instead, a pensioner’s address provides clues to other things linked to life expectancy, like their lifestyle and how much money they have from sources besides their pension."

“Without these adjustments, differences in life expectancy between affluent areas and poorer areas would appear more dramatic, widening the gap between men in Bootle and Hinton St George to 5.5 years,” Mr Fletcher added.

“However, pension schemes already know how big their members’ pensions are and what jobs they did. The practical value of a postcode analysis comes from the additional insights it can provide.”
Labels: News
Newer Post Older Post Home