On top of a small hill overlooking the comune of Andria, in the Italian region Apulia, stands one of the strangest looking castle. This 13th century citadel is octagonal in shape, with each of the eight corners sporting an octagonal tower. Its geometric design was very unique at that time.
The castle was built in 1240 by the Holy Roman Emperor Frederick II, but nobody knows why. It was not built to defend anything, as it has neither a moat nor a drawbridge, although archaeological work suggest there might have been originally a curtain wall. Some believe that Castel del Monte was nothing more than a hunting lodge. 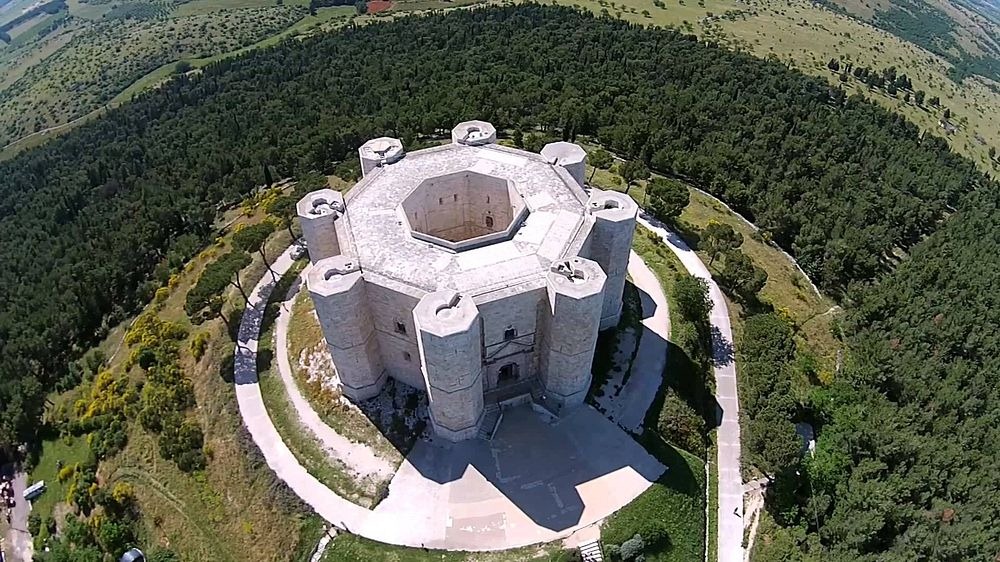 Photo credit: Batmagazine
When it was built, the castle was not as isolated as it appears today. The region was famously fertile with a plentiful supply of water and lush vegetation. There was also a monastery close by—the monastery of Santa Maria del Monte—from which the castle appears to take its name.
There is only one document from Frederick II’s era which speaks of Castel del Monte’s construction. In the document dating to 1240, the Emperor ordered the governor of Capitanata to finish some works on the castle. The nature of the work was not clear. Also, there is no document that mentions Frederick II ever using the castle. On the contrary, there is evidence that the castle was used as a prison instead, as early as year 1246. Eventually, it became a refuge during a plague.
The castle’s unique octagonal shape has been a subject of debate among scholars. Frederick II was responsible for the construction of many castles in Apulia. None, aside from Castel del Monte, has the octagonal shape. Some historians suggest that the octagon is an intermediate symbol between a square (representing the earth) and a circle (representing the sky). Frederick II may have been inspired to build to this shape by either the Dome of the Rock in Jerusalem, which he had seen during the Sixth Crusade, or by the Palace Chapel of Aachen Cathedral.
The castle once had lavishly decorated rooms with marble floors and columns, mosaics, paintings and tapestries, but all were stripped by vandals in the 18th century.
In the 1990s, the castle was added to the list of UNESCO World Heritage Site citing it as “a unique masterpiece of medieval architecture”. 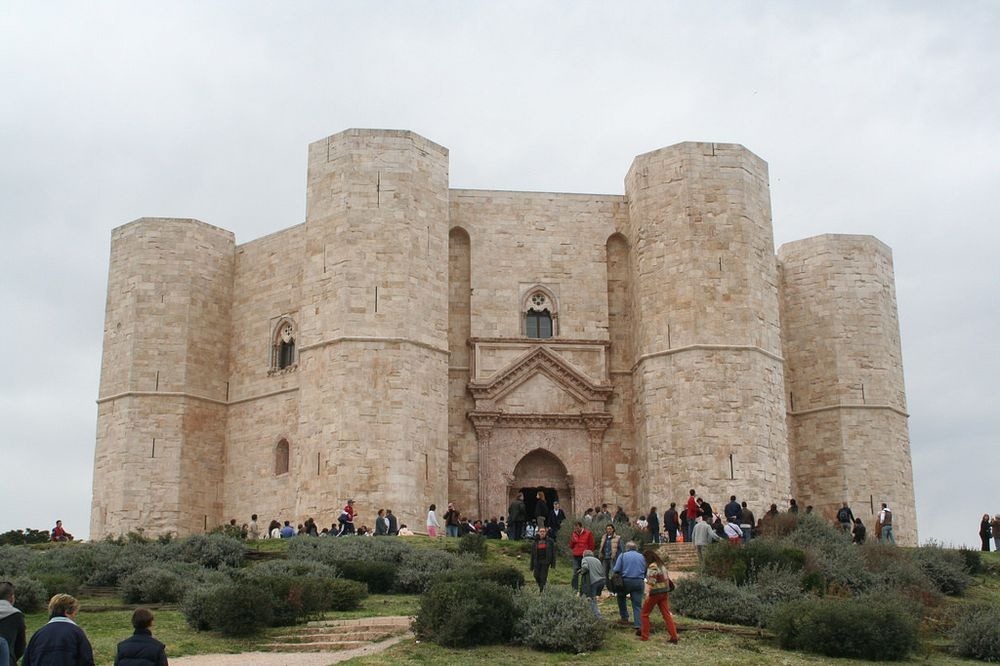 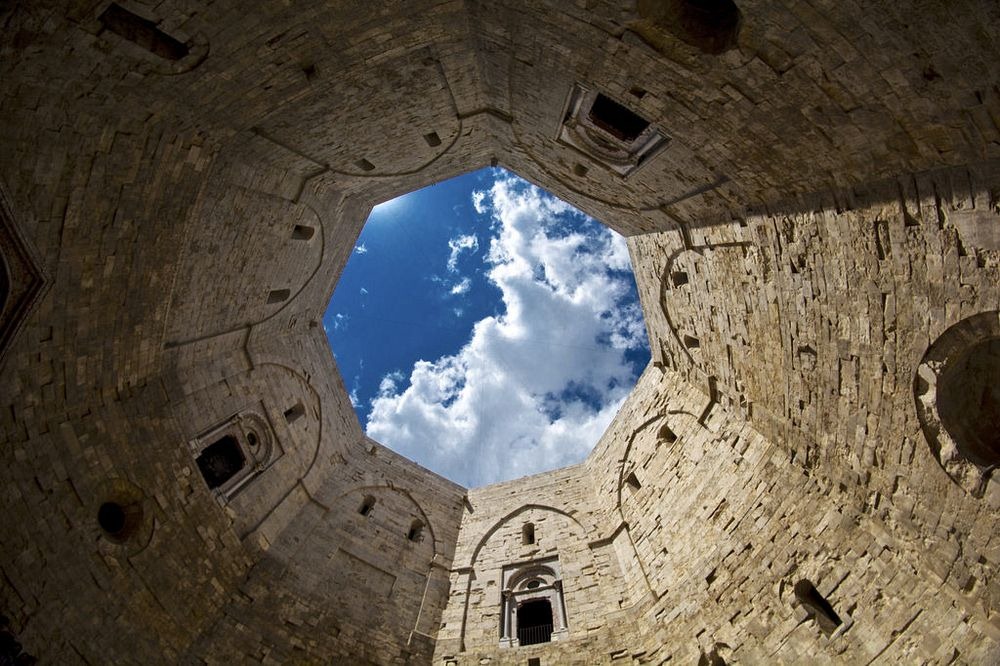 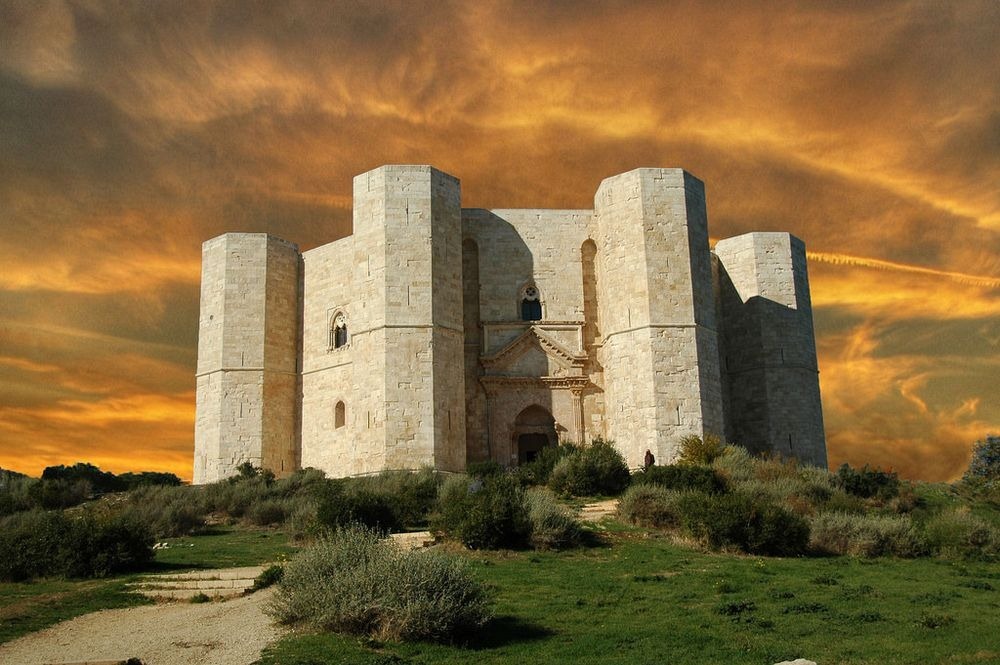 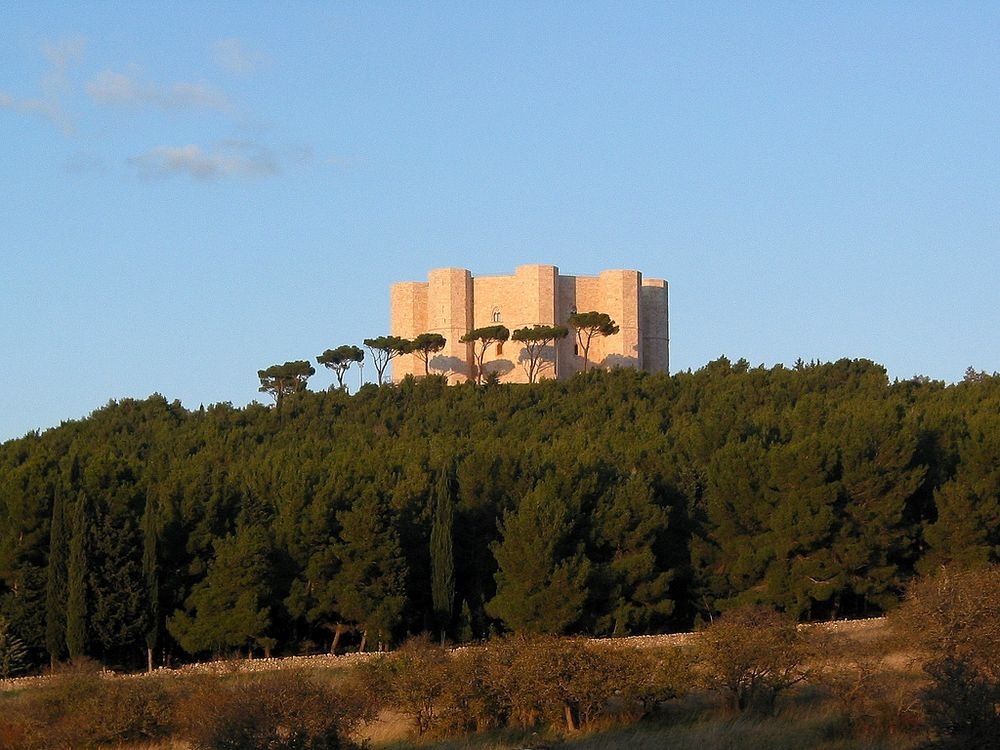 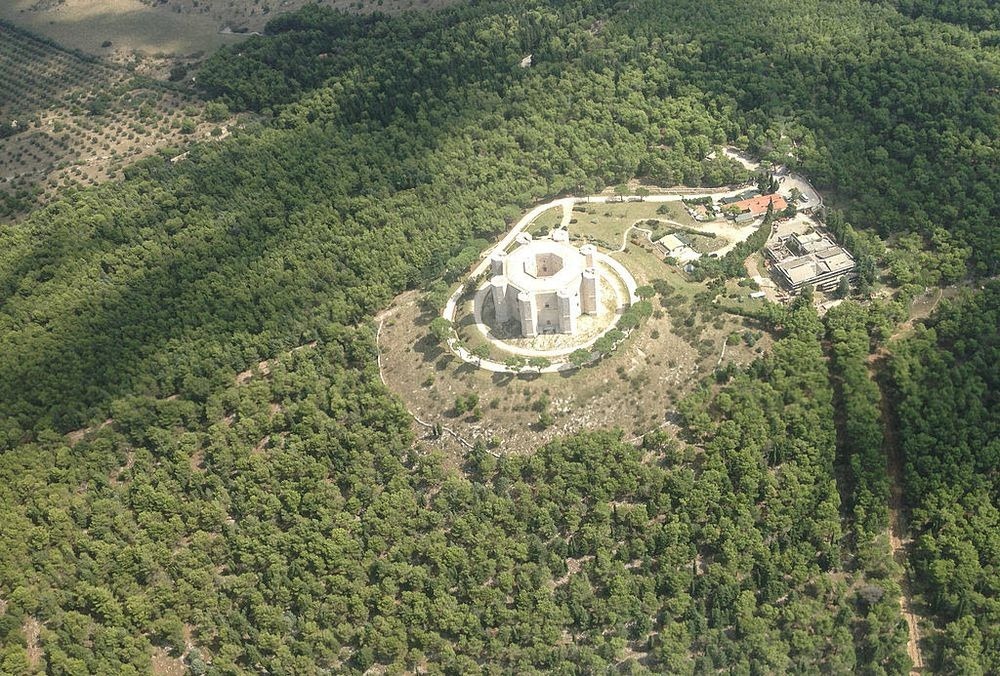