These Penguins Did Something Gross To Melt The Snow (4 pics)

Scientists have set up cameras to watch the gentoo penguin because their population is on the decline. When they looked back at the footage they noticed the penguins had done something clever, but disgusting.

When viewers started watching these cuties, they didn't know what to look for.

Though cameras were placed everywhere, finding the "cause" of their decline was like finding a needle in a haystack. 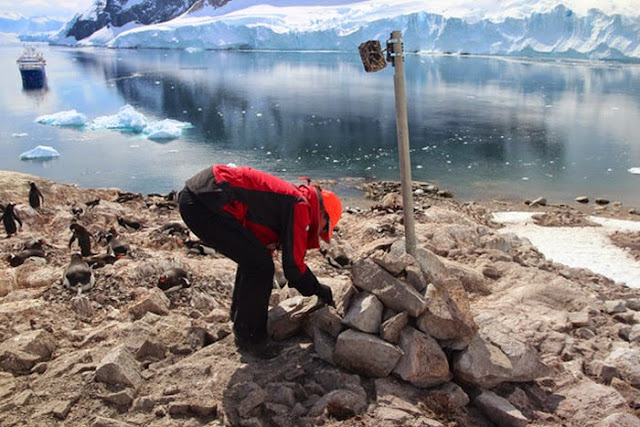 However, during their time watching the penguins, viewers noticed something interesting: a giant poop party so big that it actually melted the ice, giving the penguins a place to lay their eggs.

And get down to bizzzzzness.