The White House announced Tuesday it was targeting banks in China and Iraq that it accused of helping Iran to evade international sanctions. 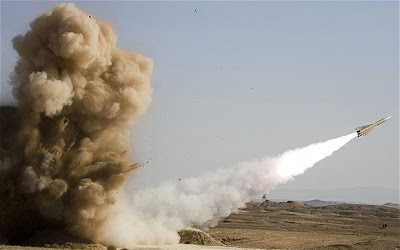 President Barack Obama said that China's Bank of Kunlun and Iraq's Elaf Islamic Bank had carried out "transactions worth millions of dollars" on behalf of Iranian banks that had been blacklisted because of their to Iran's nuclear programme.

"We will expose any financial institution, no matter where they are located, that allows the increasingly desperate Iranian regime to retain access to the international financial system," he said.

The fresh round of sanctions against Iran, the fifth announced in the last year, came in the wake of criticism from Mitt Romney, Mr Obama's Republican challenger, who accused the administration of failing to deter Iran from seeking nuclear weapons.

As well as targeting the banks, the White House announced expanded sanctions against those who purchase Iranian petrochemical products or provide "material support" to the National Iranian Oil Company and the Central Bank of Iran.
The White House said it was committed to a find a diplomatic solution to the standoff but would "hold the Iranian government accountable for its actions" as long as it continued to defy the international community.
Senior aides to Mr Obama also pushed back against criticism from Israeli Prime Minister Netanyahu, who said that the American-led sanctions programme had not slowed Iran's nuclear programme "by one iota".

The sanctions were having a "significant impact" on the Iranian economy and the decision making of Iran's government, said Ben Rhodes, Deputy National Security Advisor.

Mr Romney visited Israel over the weekend where he declared that the US had a "moral imperative" to prevent Iran from acquiring a nuclear bomb while a senior aide said the Republican would respect Israel's decision if it launched a unilateral strike on Iran's nuclear facilities.

The Romney camp put out a statement after the sanctions were announced, saying: "Since taking office three and a half years ago, President Obama has allowed Iran’s nuclear ambitions to proceed unimpeded."
Labels: News
Newer Post Older Post Home