Archbishop of Canterbury: who'll get the impossible job? 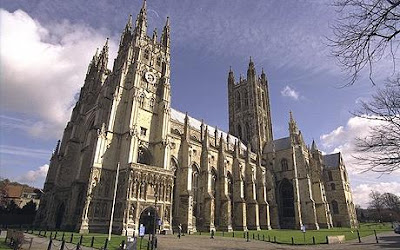 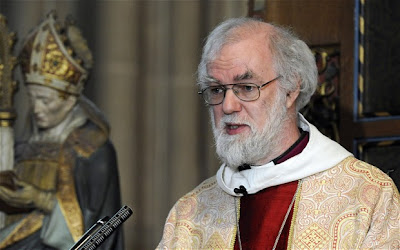 The Archbishop of Canterbury, Dr Rowan Williams will retire in December

The role of Archbishop of Canterbury is, by common consent, a poisoned chalice. The challenge is to balance the various dogmatic factions within the Church of England at the same time as holding together the disparate worldwide Anglican Communion of 80 million souls. But, as a titular leader, the occupant of Lambeth Palace has no means of imposing his will. Unlike the Pope, with his formal teaching authority, the archbishop has to rely on persuasion and goodwill and that, as recent incumbents have found to their frustration, only gets you so far.

The thanklessness of the task extends to the process now under way for choosing the 105th archbishop to succeed Dr Rowan Williams when he retires in December. Because of long-standing divisions within the Church over such issues as gay marriage and women bishops, whichever candidate’s name emerges this autumn, it is guaranteed to offend a good proportion of Anglicans.

What is making the job even harder is that there can no longer be any passing of the buck to the prime minister. Traditionally, bishops were appointed from a list of two by 10 Downing Street, because the Church of England is established and the prime minister acts on behalf of its Supreme Governor, the Queen. That leeway has proved controversial, as when in 1990 Margaret Thatcher picked the outsider George Carey as a way, it was alleged, of snubbing his predecessor Robert Runcie, who had vociferously criticised her policies.

In 2007, however, Gordon Brown set up the Crown Nominations’ Commission (CNC) so as to hand responsibility back entirely to the Church. The 16 members of the CNC will choose a “preferred” candidate for David Cameron to rubber-stamp. A second “appointable” name will only be provided in case unexpected problems arise with the first.

“The new arrangements are being tested at a time when the Church is more polarised now than at any time in its recent history,” says Andrew Carey, a columnist in the Church of England Newspaper and son of the former Archbishop of Canterbury. “The controversy around the appointment of [the openly gay] Jeffrey John as a bishop in 2003, and his subsequent withdrawal, and then the decision to go ahead with women bishops, have only deepened the divisions during Rowan’s time as Archbishop. These issues now hang over the Church like a stalactite.”

Carey is broadly on the Low Church or Evangelical wing of the Church of England. At the other end of the spectrum, the novelist and churchgoer Kate Saunders shares his pessimism about any “unity” candidate emerging. “We sometimes pride ourselves as Anglicans on being a broad church, and that does have many benefits, but the downside is that we can never agree with each other, even on the most basic questions, such as whether we are essentially a Protestant church or a reformed Catholic church. And that debate goes all the way back to the Reformation.”

In more recent times, the chosen method for keeping the various factions of the Church content when selecting an Archbishop of Canterbury has been to alternate High Church and Low Church appointments. Or Catholic and Evangelical, if you prefer those terms (labels are another thing Anglicans disagree on). “The appointments have been a kind of see-saw,” says Glyn Paflin, deputy editor of the Church Times, vade mecum of the Anglican establishment, “but you can only describe it in that way in the most general of terms. So in this rotation George Carey is labelled as 'Low’, but then as Archbishop he visited the 'High’ Marian shrine at Walsingham.” So, after the High Rowan Williams, the CNC should, in theory, be seeking an Evangelical. However, it has started off by sending signals that it wants to do things differently. To cast off the air of secrecy that, in the past, has characterised the whole appointments’ procedure, it has published advertisements in the church press asking for nominations.

Yet, despite this show of openness, its debates will still take place behind closed doors. There may be the trappings of democracy, but there is also the stale whiff of an old boys’ network. Of the 16 members of the CNC, six come from General Synod, the Church of England’s decision-making body, and six from Canterbury diocese itself. Then there are two serving bishops, neither of whom can be candidates for the vacancy. The pair are, on paper, a perfect balance — James Newcome of Carlisle, an Evangelical who opposes Government plans on gay marriage, and Michael Perham of Gloucester, a supporter of women bishops.

Because the Archbishop of Canterbury also leads the worldwide Anglican Communion, there is a representative on the CNC of Anglicans around the world. The election of Barry Morgan, the Archbishop of Wales, to this role has been controversial. Many of the Anglican provinces, especially in Africa, are implacably opposed to accepting gay priests or women bishops, but Morgan (an old friend of Rowan Williams, and his successor as head of the separate Church in Wales) takes a more progressive line. His vote may prove crucial.

The final seat goes to the chairman. For any other appointment, it is filled by either the Archbishop of Canterbury or York, but with the top job it goes to a layman, in this case Lord Luce, the former Tory Foreign Office minister, Richard Luce. His reputation is as a middle-of-the-road Anglican, so he should be a force for compromise in theological deliberations.

He will also need all his diplomatic skills to prevent the un-Christian spectacle of open warfare breaking out in church ranks around the appointment. Already the different camps are dishing the dirt on their websites, and accusations are flying, notably from supporters of the Ugandan-born Archbishop of York, John Sentamu, who feel those opposing his elevation from number two to number one in the Anglican hierarchy are racists. “It is a snake pit,” says Kate Saunders, “all gossip and innuendo.” To the observer, it inevitably has the air of an Anthony Trollope novel.

But at the grassroots, among the 1.7 million people who attend Church of England services every month, the furore surrounding the appointment of a new archbishop hardly causes a ripple, according to Andrew Carey. “No one in my rural parish is interested in any way, shape or form. The archbishop is only relevant to us if he is planning to come and visit.”

Over at the Church Times, Glyn Paflin says the mailbag has contained many more missives on women bishops than on the succession. “There have been a few,” he says, “with theories about how there should be a separate leader of the Anglican communion to allow the next archbishop to concentrate on domestic duties.”

So the bookies who are busy offering odds on the runners and riders in this unusual race may not be seeing many takers at their counters, but they have nevertheless installed the 52-year-old Bishop of Coventry, Christopher Cocksworth, as favourite. Unknown on a national stage, his great advantage appears to be that, on the see‑saw principle, he is the favoured Evangelical candidate, outpacing the Bishop of Sheffield, 54-year-old Steven Croft, himself tipped as a “quiet man” who may emerge to break the deadlock on the CNC.

No one could accuse 62-year-old John Sentamu of being quiet, and this charismatic, headline-grabbing cleric is first preference for the liberal/Catholic/High wing. His great strength, it is said, is that he can rise above the internal debates on sexuality and address “real” issues. His main rival, 64-year-old Richard Chartres, Bishop of London, seems to have ruled himself out, as has 62-year-old Graham James, Bishop of Norwich, a former chaplain to the Archbishop of Canterbury, who said in a recent interview that the top job was impossible and had become more so in recent times.

But he didn’t say an absolute no, and that is part of the character of such contests. No one wishes to appear to want the job, in case they are judged too ambitious and passed over. It is a peculiarly clerical affectation, and another fence that the members of the CNC will have to jump.

Perhaps their best approach with this thankless task in the months ahead will be to adopt the stance of the Catholic cardinals when they gather in the Sistine Chapel to elect a new pope. They are not doing it on their own authority, they insist, they are being directed by the Holy Spirit. And you can’t lobby the Holy Spirit. Or damn His verdict.
Labels: News
Newer Post Older Post Home