Bermuda’s brilliantly white rooftop houses are iconic of the islands, but they aren’t just for show—they serve an important purpose. Without these terraced limestone roofs life in Bermuda would not have been possible.
There are two things Bermuda is famous for—hurricanes and the lack of fresh water. Bermuda is situated directly in the path of hurricanes, although their impact is less severe compared to what the Atlantic Coast experiences. Also, owning to Bermuda’s small size many hurricanes miss the islands entirely, but as they pass they lash the islands with gale-force winds. 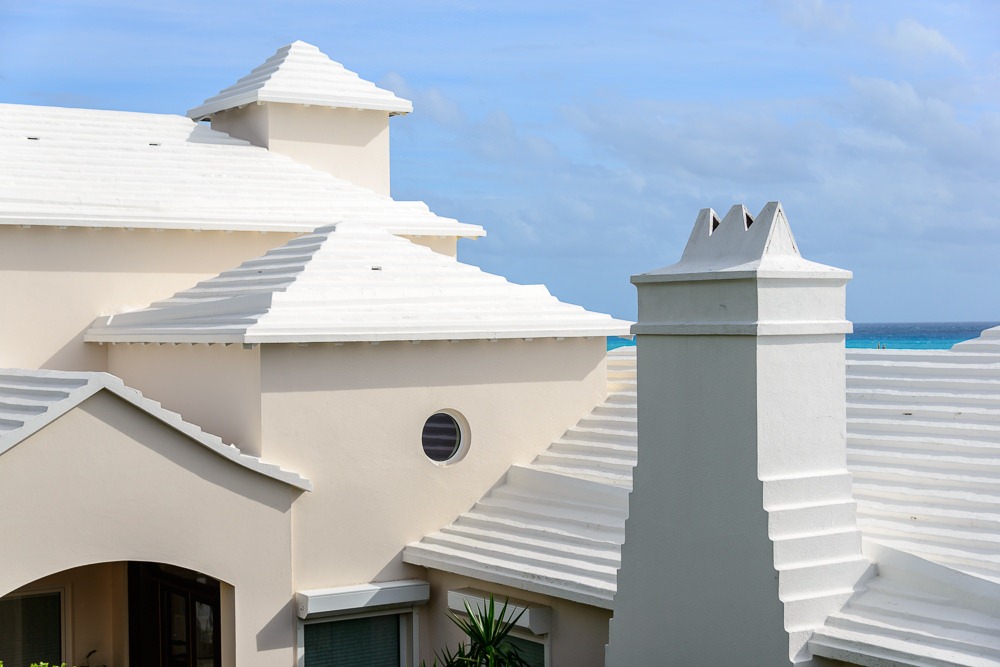 Photo credit: Craig Stanfill/Flickr
Bermuda’s earliest houses had roofs made from palm leaves, but by the late 17th century, the residents began upgrading their roofs to stone shingles. Being heavy, these roofs are resistant to hurricane winds. Over the centuries builders also learned to cut steps into the roofs to slow down heavy rain so that they could be collected without overwhelming the building’s gutters. Rain water harvesting is critical for survival in Bermuda—there are no fresh water springs or lakes in Bermuda—and until recently, it was the only source of fresh water on the islands.
Fortunately, Bermuda’s climate favors rainwater harvesting. The islands receive an annual average of 55 inches of rainfall that is spread evenly throughout the year. This allows underground cisterns that each house is equipped with—by law—to be topped up regularly. The law requires that every house must collect 80 percent of the water that falls on its roof. To achieve this, each square foot of roof space must be matched with eight gallons or thirty liters of tank space. Thanks to these building regulations, every home is self sufficient.
A traditional Bermudian roof is built of rectangular slabs of local limestone attached to each other with mortar. More mortar is applied over this and on the edges of the slates, filling the joints and giving the roof its traditional stepped shape. A long concrete trough along the lower edges of the roof directs rainwater to pipes leading to an underground cistern. In the past, the whole structure was covered in a lime mortar, which had anti-bacterial properties. Today, lime has been replaced by white paint which reflects ultra-violet light of the sun and helps purify the water as it’s being collected. The white roofs also keep the homes cooler during the hotter months. 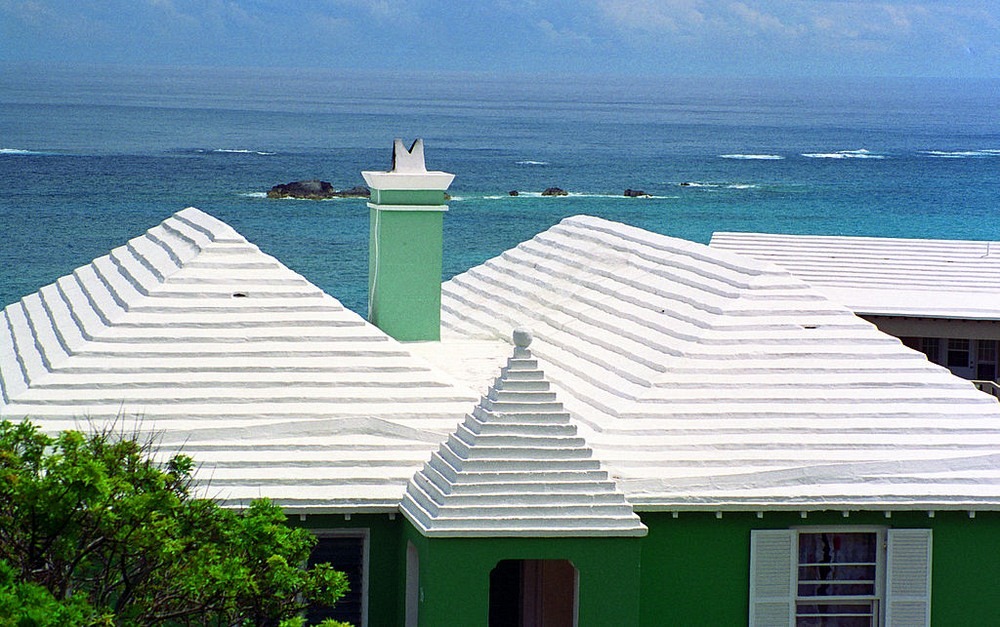 Photo credit: Acroterion/Wikimedia
Many houses also have a separate system of plumbing running to the bathrooms. Salt or brackish water is fed to the second plumbing system and the water is used mainly to flush toilets. This way, a house can save 40 to 50 percent of water typically required.
The values of conserving water is also taught from early childhood.
"You had a cup of water and that's what you used to brush your teeth. You rationed your cup of water so that with the last bit of it you did your final rinse," explains Stuart Hayward, an environmental expert.
Detergent was used sparsely when washing dishes so that by the time they are finished, there wasn't any foam left over. That water was then used for the garden.
But as Bermuda’s residential population expands and its reputation as a tourist destination grow, the islands have begun to experience challenges relating to this water strategy. Houses now have multiple floors housing multiple families, decreasing the ratio of roof area to inhabitants, and thus the ability to collect enough water for everybody. And once the tourist season kicks in, Bermuda’s rooftop water collection alone can’t meet demands. So hotels, hospitals and other commercial operations now rely on underground aquifers. The islands also have six water desalination plants. 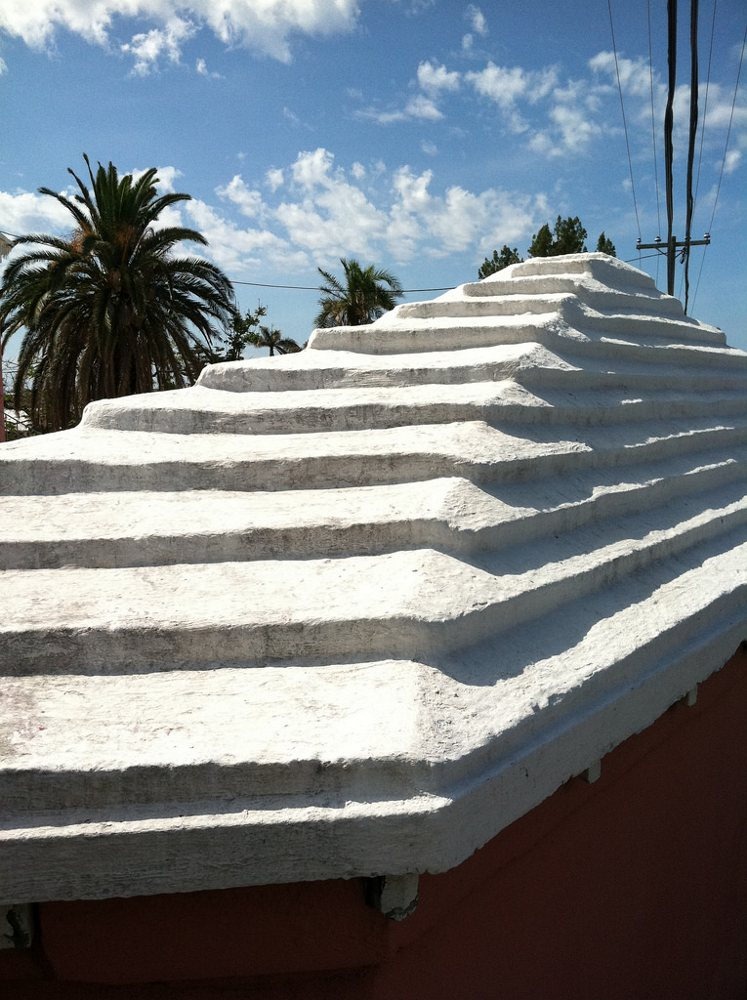 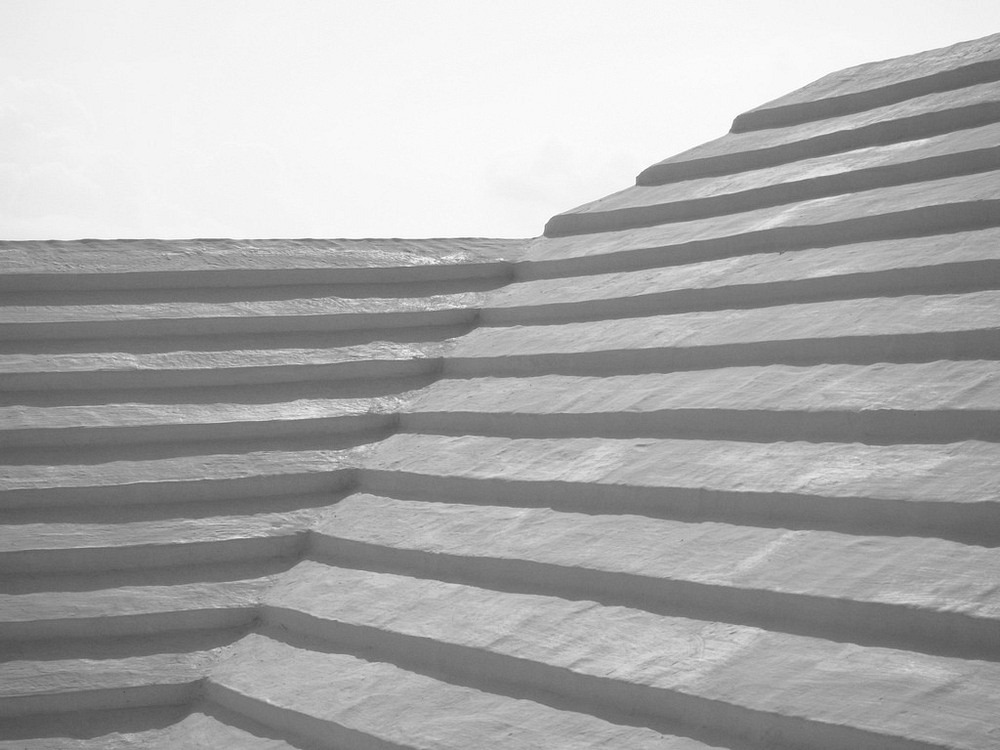 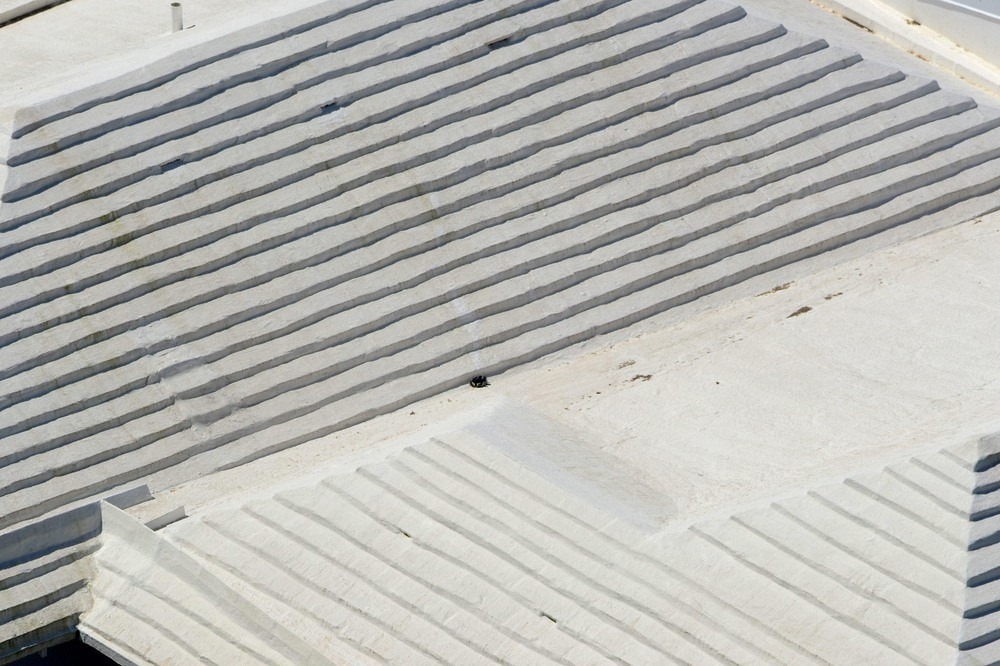 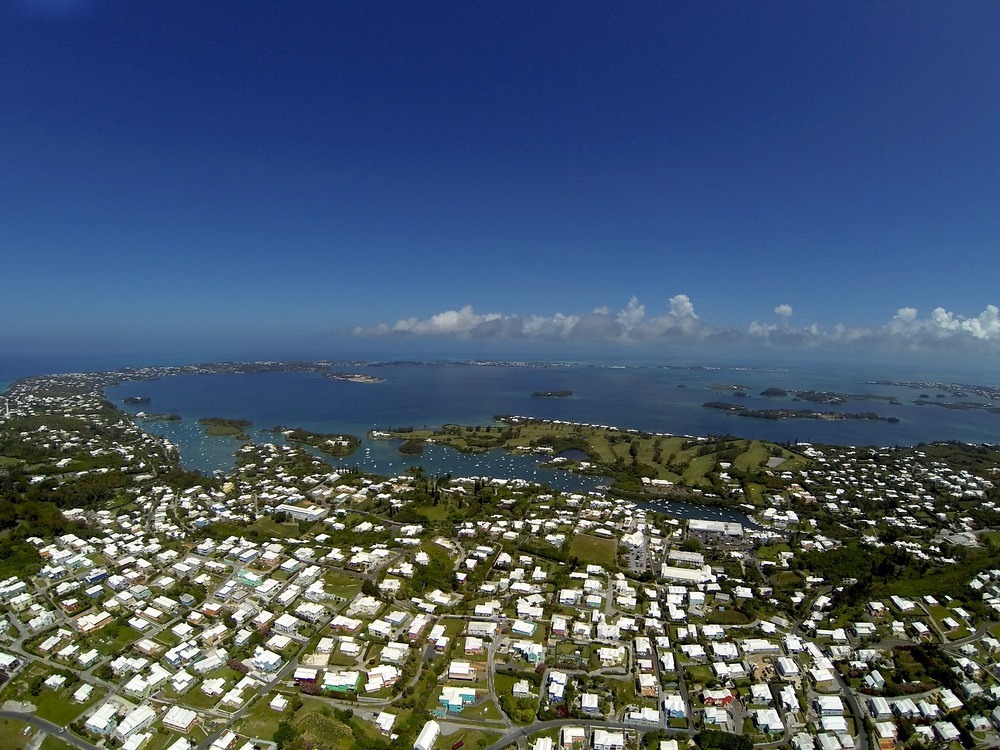