Stretching for approximately 100 kilometers along the southern edge of Lake Athabasca, in the Canadian province of Saskatchewan, are some of the most northerly active sand dunes on Earth. Unlike most dunes, which are associated with dry and arid region, the Athabasca Sand Dunes are located in the middle of a wetland and a boreal forest, making it one of the most unique sand dunes and a geological oddity. The dunes are spread across more than 30,000 hectares, and due to their unusual ecosystem, they harbor an extraordinarily diverse biological life. 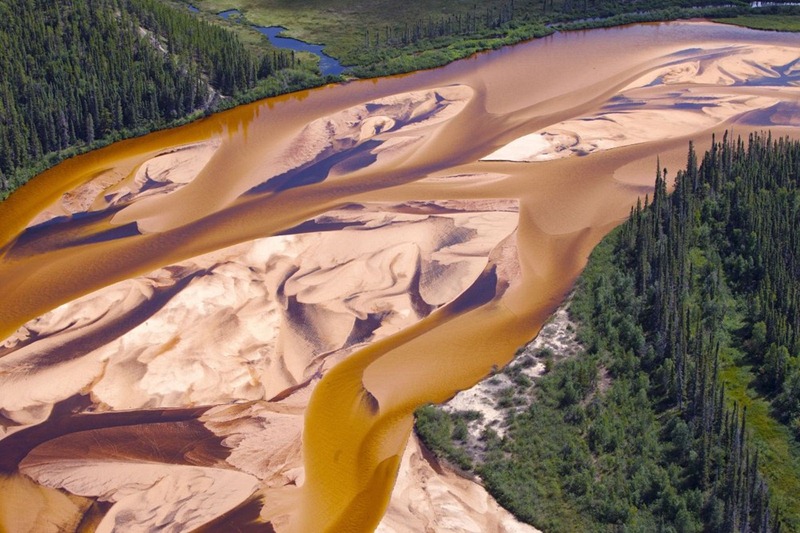 Photo credit: Hidehiro Otake
The Athabasca Sand Dunes were formed about 8,000 to 9,000 years ago at the end of the last glacial period. As the ice sheet melted, meltwater washed enormous quantities of sand, silt and sediment from local sandstone into Lake Athabasca, whose water level was much higher then than it currently is. Then the lake receded, exposing the large sand deposits on the shores. The wind then molded the sand into the formations seen today, and it continues to do so, shaping and reshaping the dunes and pushing it into the surrounding forest.
The Athabasca Sand Dunes sits on top of a region known as the Canadian Shield, which is a large area of exposed Precambrian rocks that forms the ancient geological core of the North American continent. This bedrock covers half of Canada, and extends well into the northern reaches of the United States. They are among the oldest rocks on earth, dating from 2.5 to 4.2 billion years. This rock is covered by a thin layer of soil, about 20 meters thick, in the region where the dunes are located. The entire sandy region, including areas south of the dunes, serves as an enormous aquifer, which as a result significantly affects plant life and dune development. Indeed, the dunes are home to over three hundred plant species of which about forty are rare and ten or so are endemic—in other words, found nowhere else on earth.
Since the 1990s, the dunes have their own Provincial Park that protects the dunes and some of the surrounding areas. But reaching the dunes is not easy. There are no roads and the only way to access is by a float plane.

Lake Athabasca, Canada. In this false-color image, the ice is light blue, dark blue is open water and the sand dunes are white. 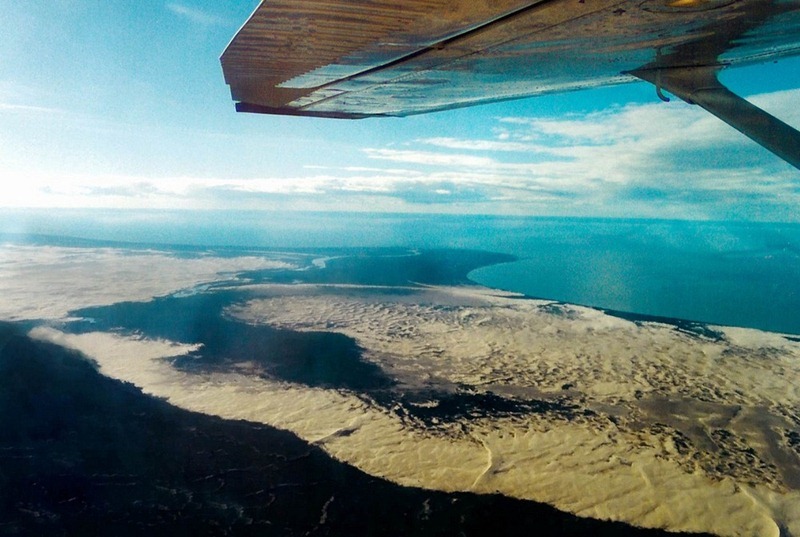 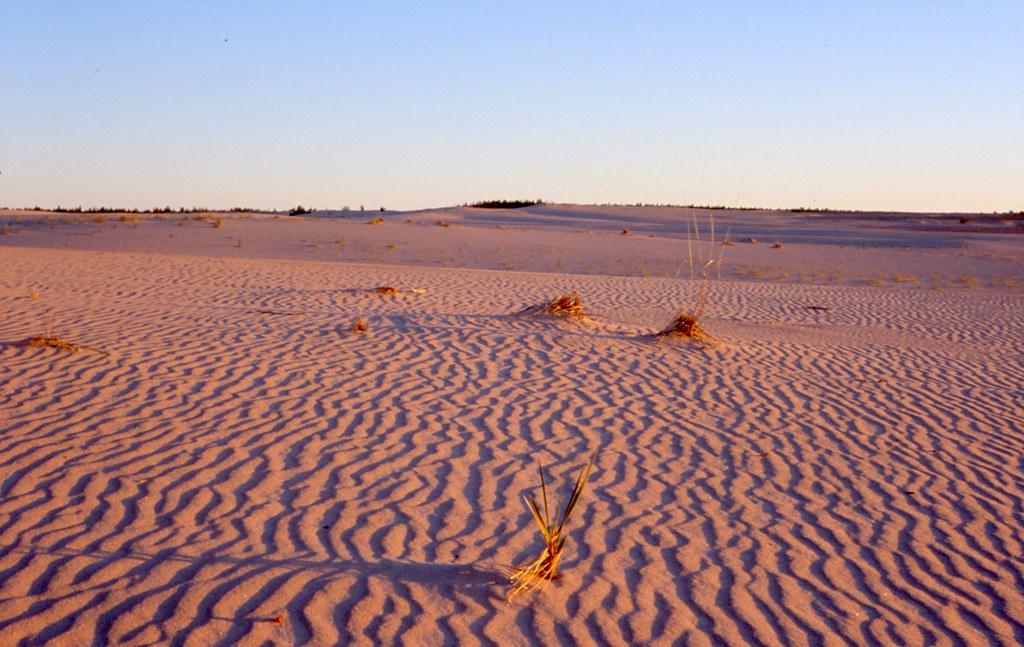 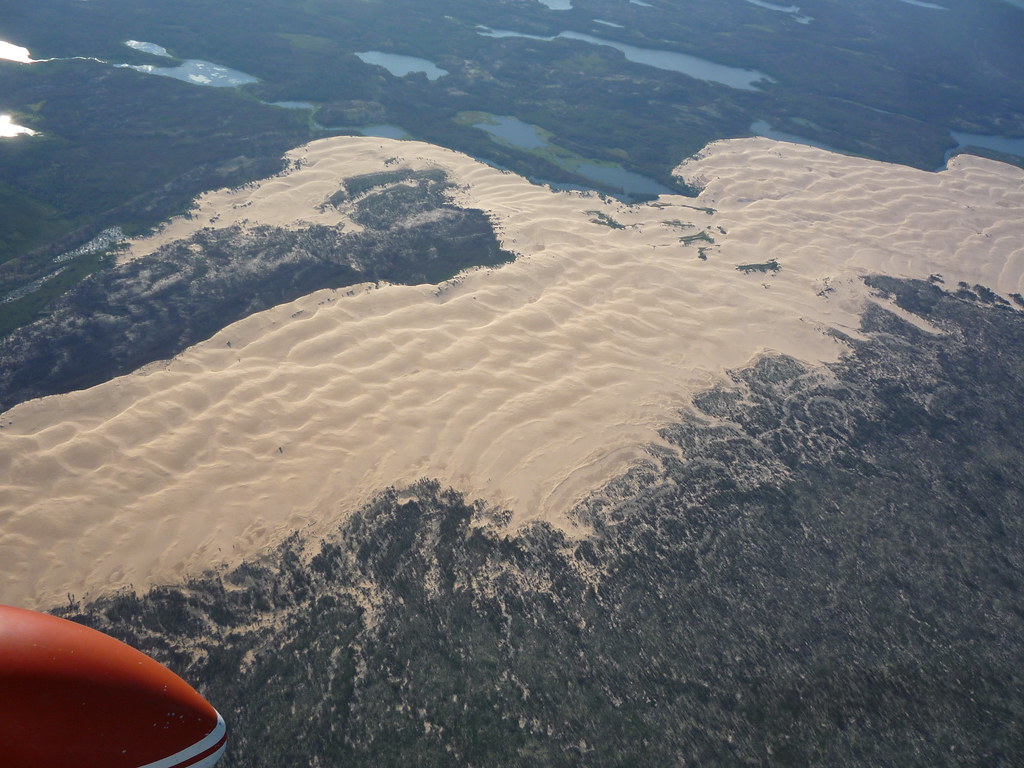