he Wizard of Oz is a 1939 American musical fantasy film produced by Metro-Goldwyn-Mayer, and the most well-known and commercially successful adaptation based on the 1900 novel The Wonderful Wizard of Oz by L. Frank Baum.
Notable for its use of Technicolor, fantasy storytelling, musical score and unusual characters, over the years it has become one of the best known of all films and part of American popular culture. It also featured in cinema what may be for the time the most elaborate use of character make-ups and special effects. Below is a collection of 27 black and white behind the scenes photos during filming of The Wizard of Oz 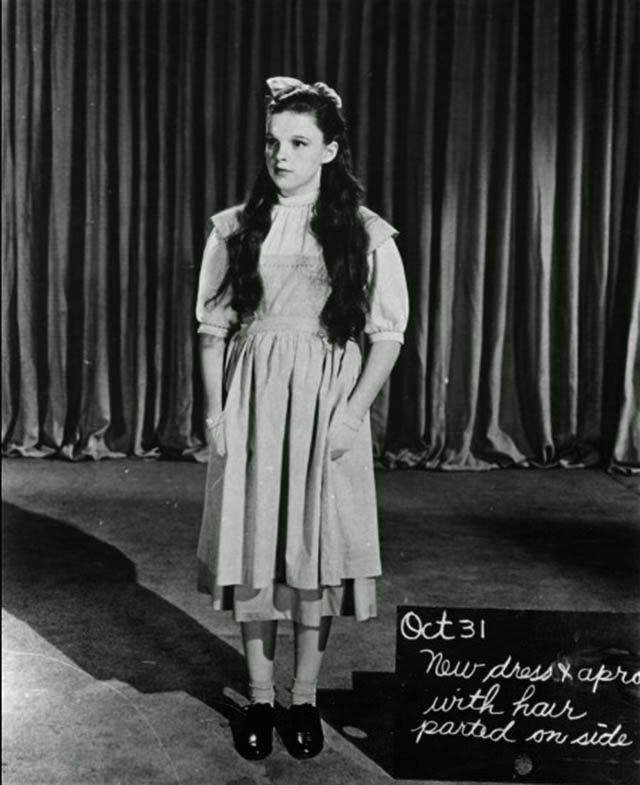 A full wardrobe and hair test shot for Judy Garland as Dorothy Gale. 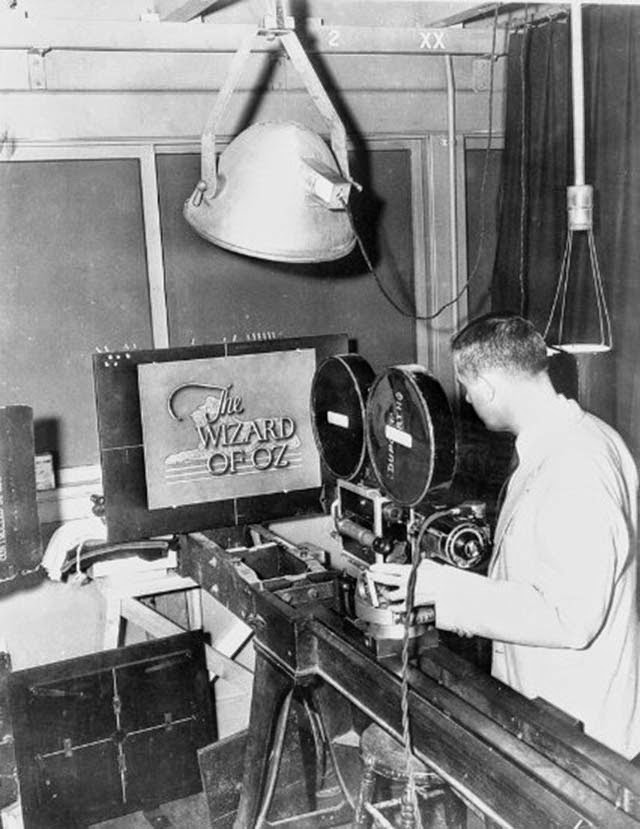 A technician photographs an opening title concept for ‘The Wizard of Oz’ that was not used. 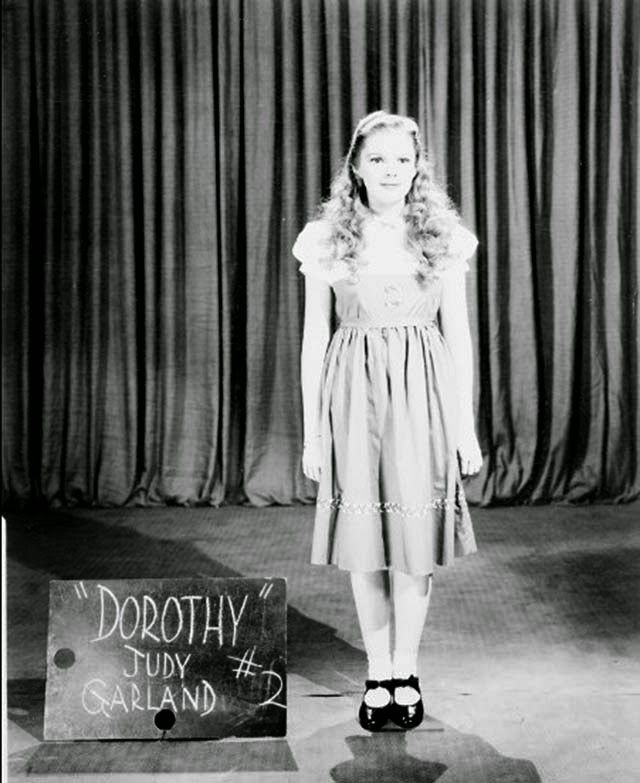 A wardrobe test shot of Judy Garland in a rejected Dorothy costume with a blonde wig. 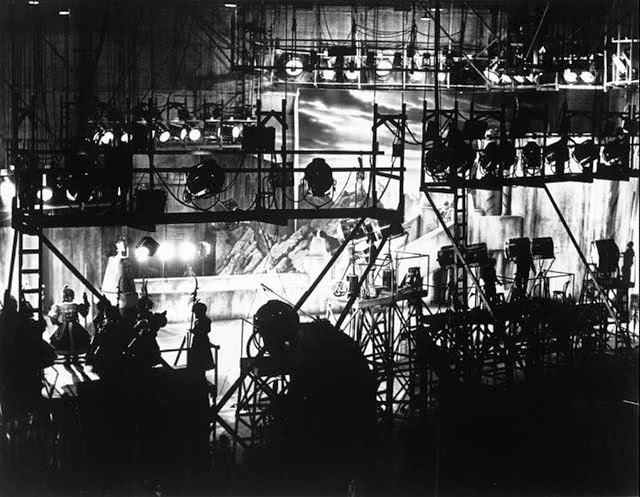 A wide shot of the Witch’s castle set. 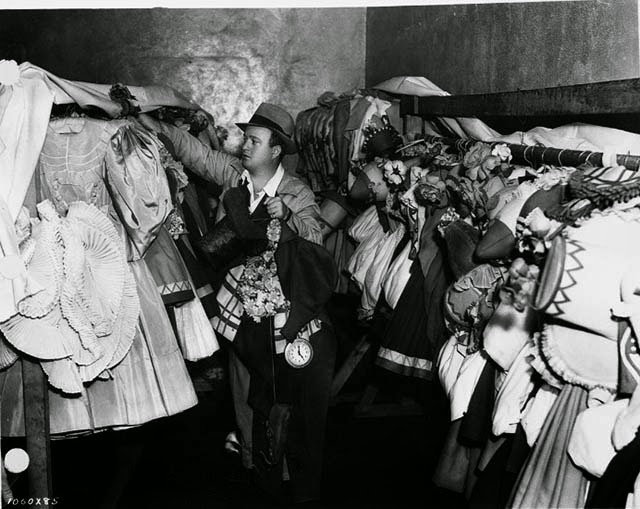 An actor hangs up a Munchkin costume. 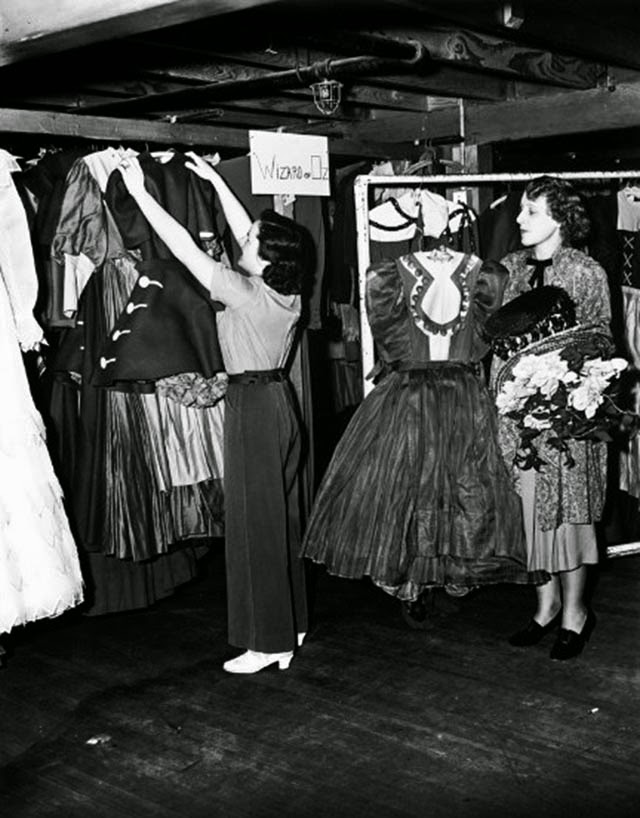 Costumes are put away in the women’s wardrobe department. 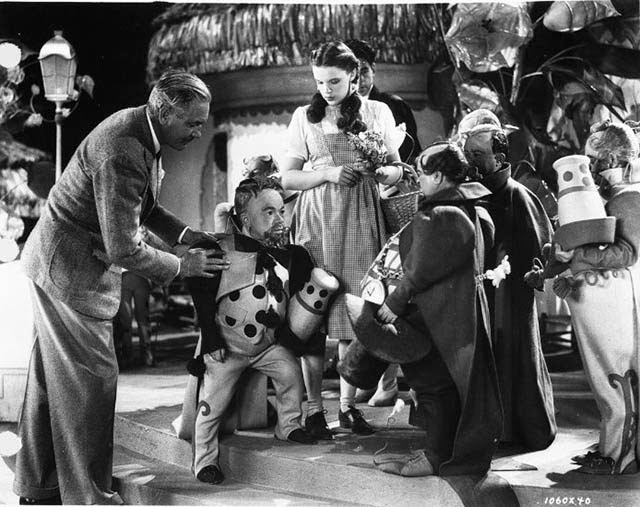 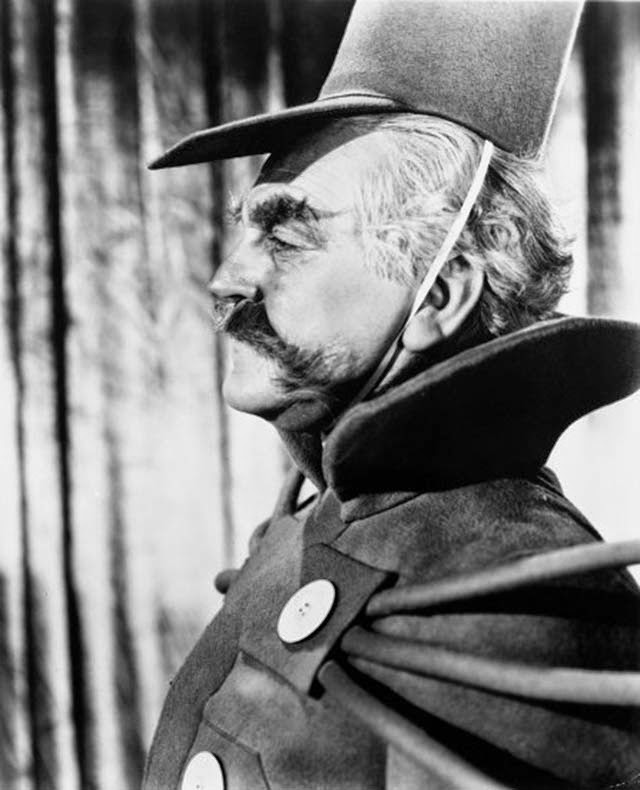 Frank Morgan as the Guardian of the Gates. 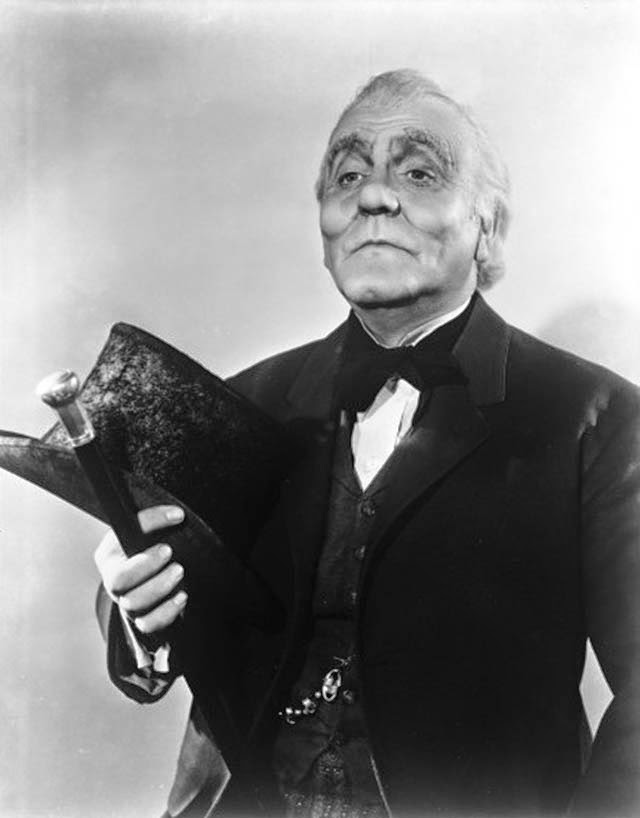 Frank Morgan as the Wizard. 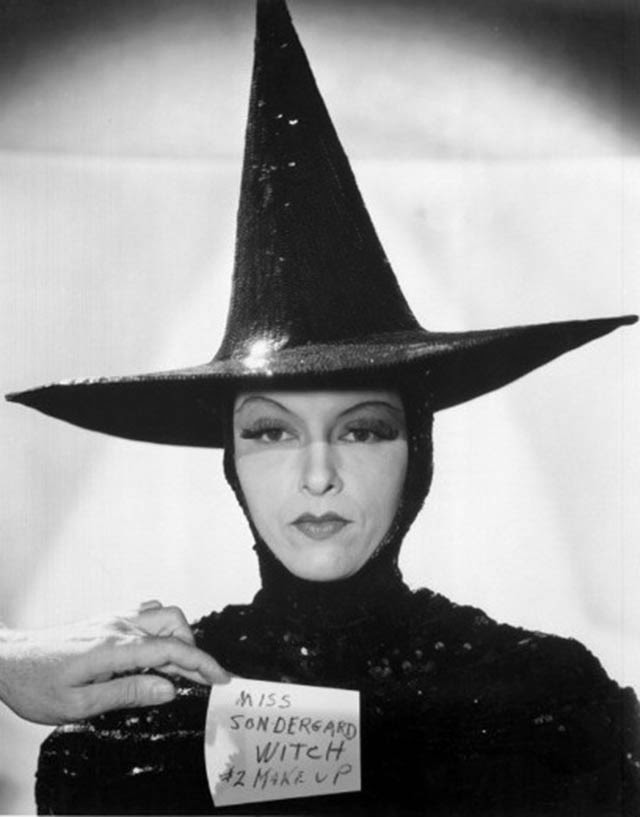 Gale Sondergaard as the Wicked Witch during a makeup and wardrobe test. 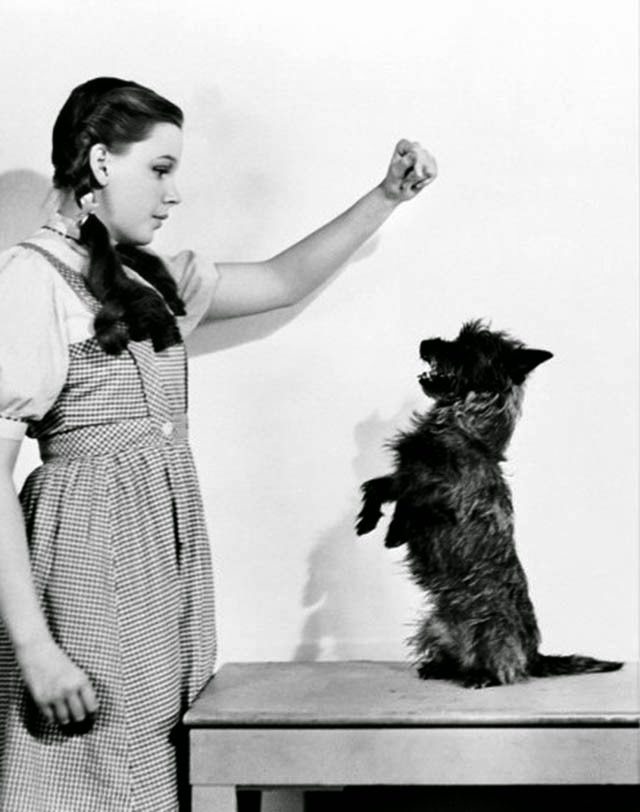 Judy Garland and Terry pose for a publicity shot. 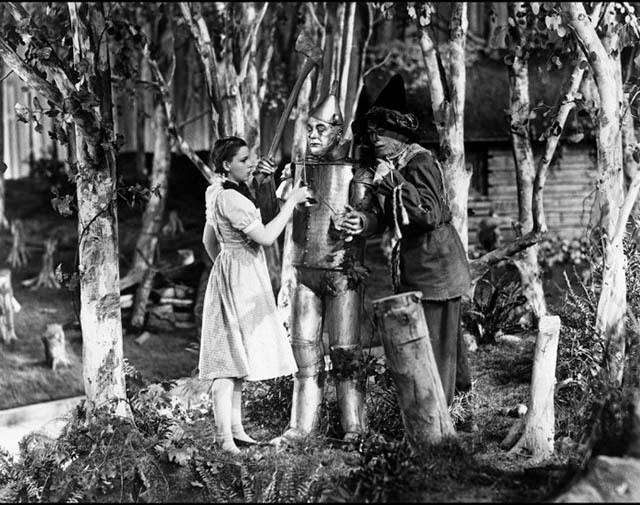 Judy Garland as Dorothy Gale and Ray Bolger as the Scarecrow, with Jack Haley as the Tin Man during a rehearsal. 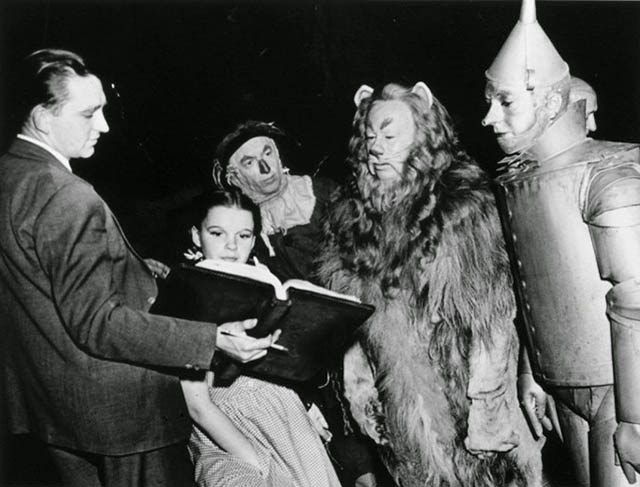 Judy Garland as Dorothy Gale, Ray Bolger as the Scarecrow, Bert Lahr as the Cowardly Lion and Jack Haley as the Tin Man. 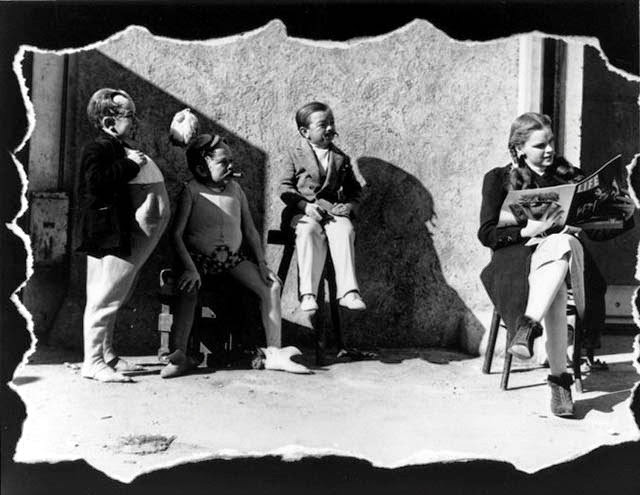 Judy Garland reads a copy of Life magazine on set as three of the actors playing Munchkins stand by. 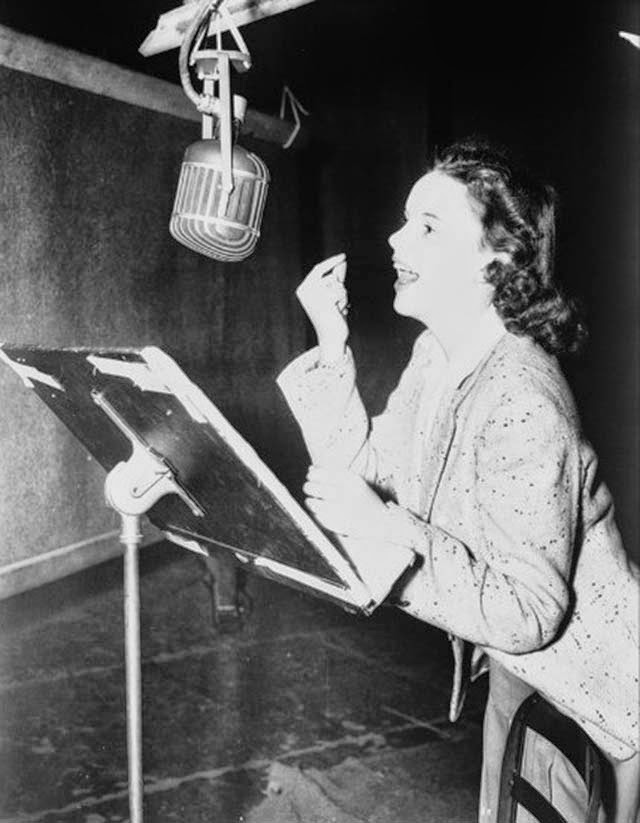 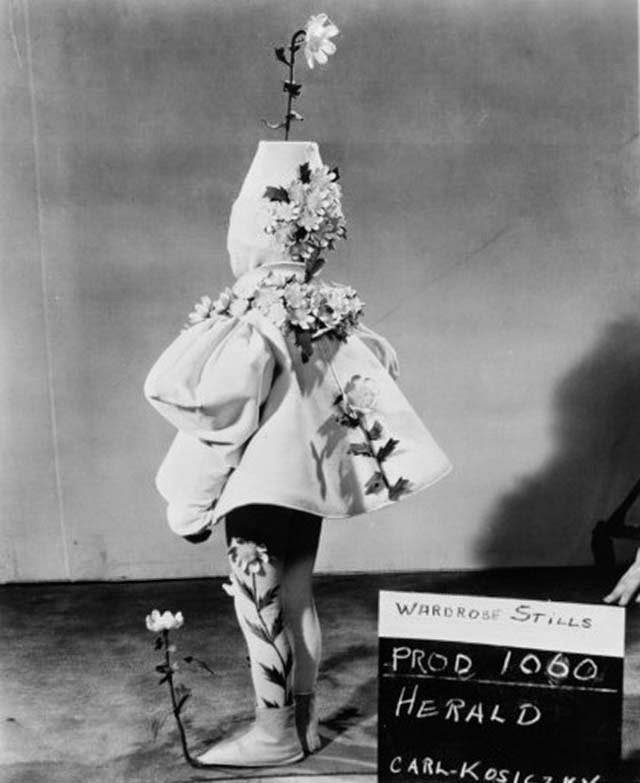 Karl Kosiczky dressed as the Munchkin Herald during a wardrobe test. 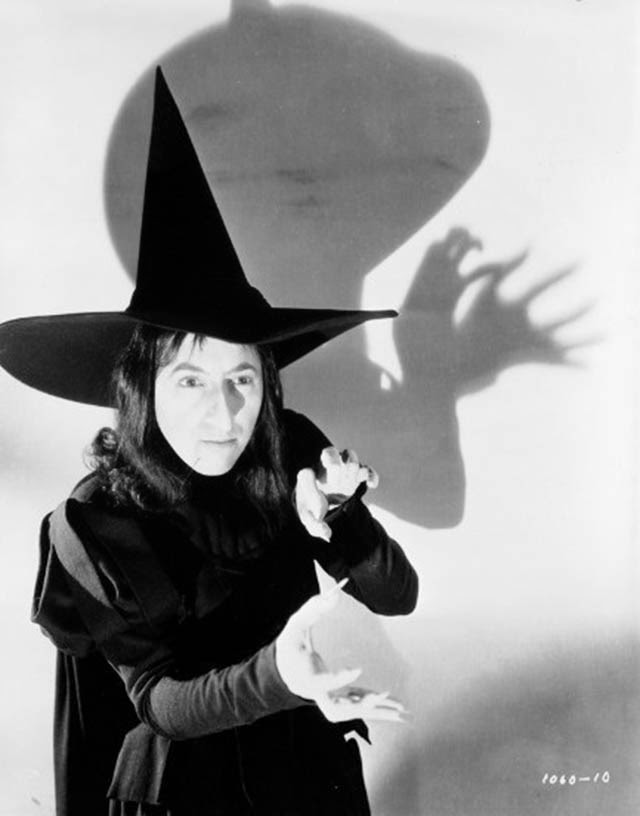 Margaret Hamilton poses as the Wicked Witch for a publicity shot. The character’s hair was changed for the final production of the film. 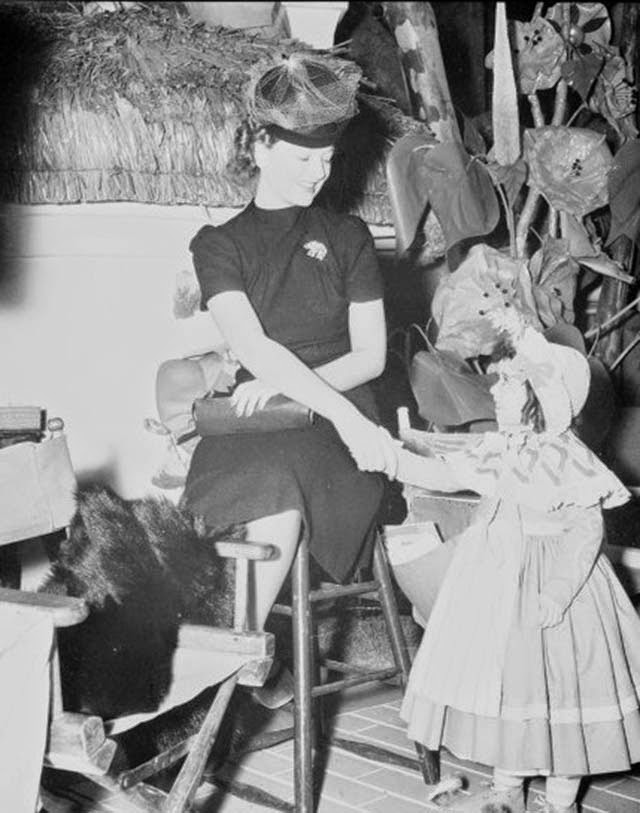 Myrna Loy visiting with Olga Nardone, one of the actresses playing a Munchkin. 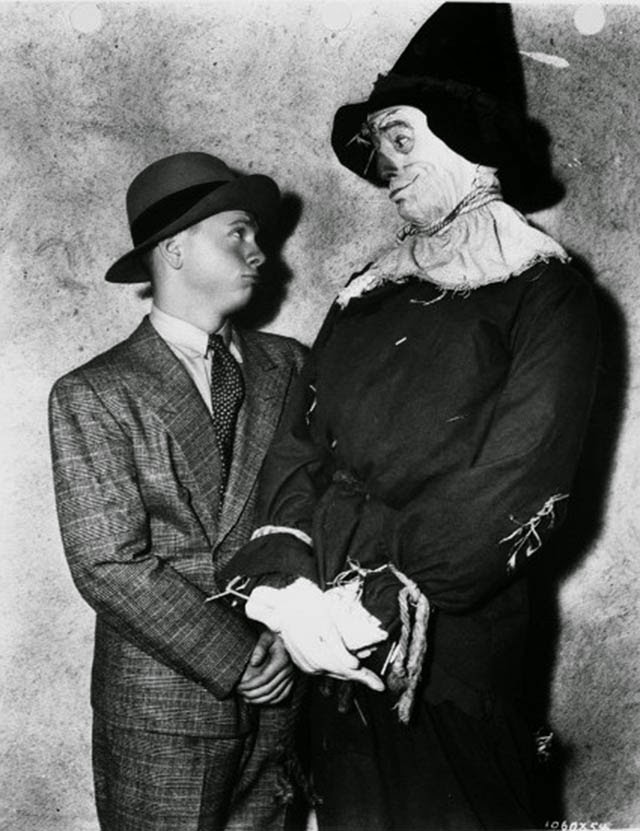 Ray Bolger as the Scarecrow visits with Mickey Rooney. 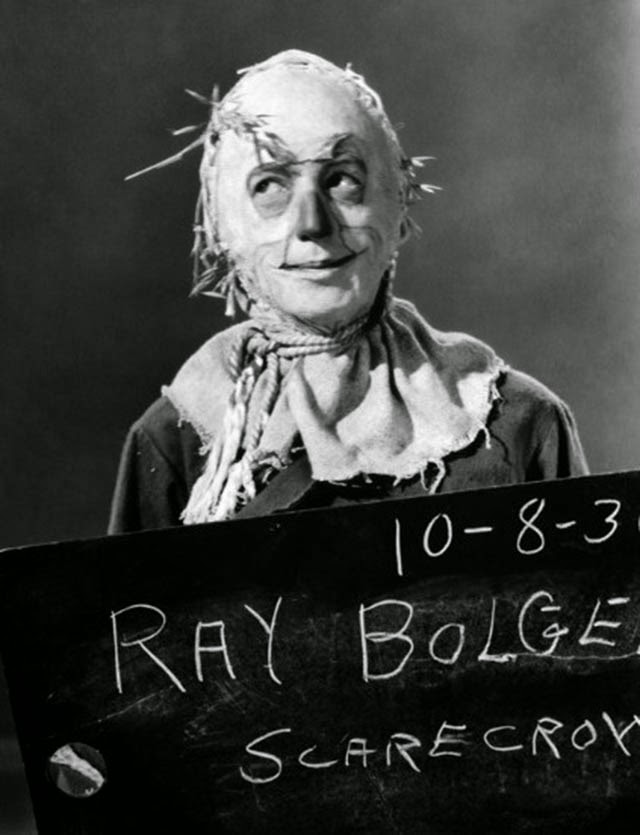 Ray Bolger in a reversed shot during a wardrobe and makeup test. 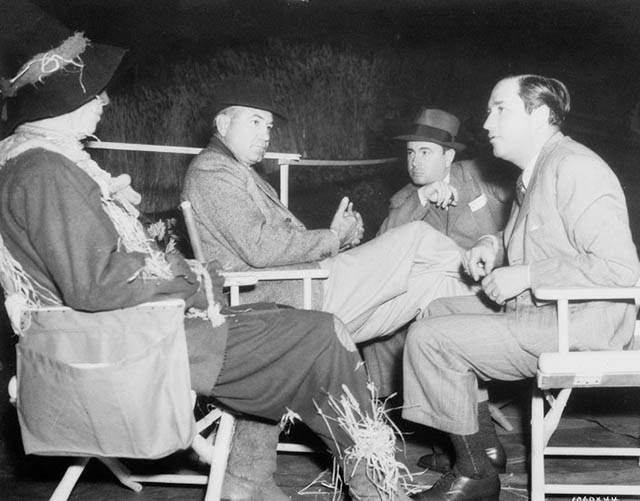 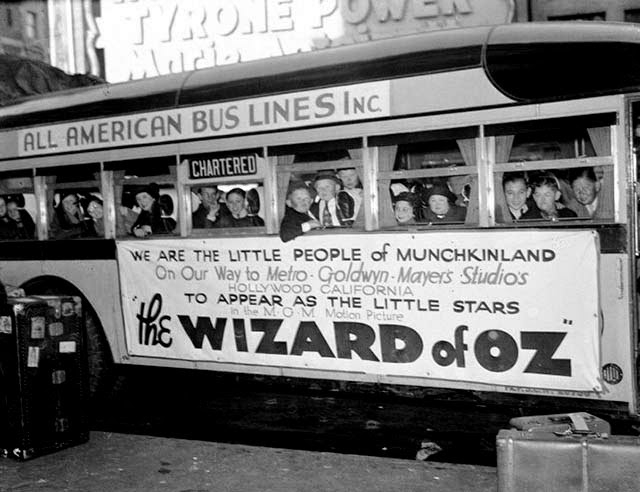 The actors who portrayed the Munchkins aboard a bus headed to the studio for filming. 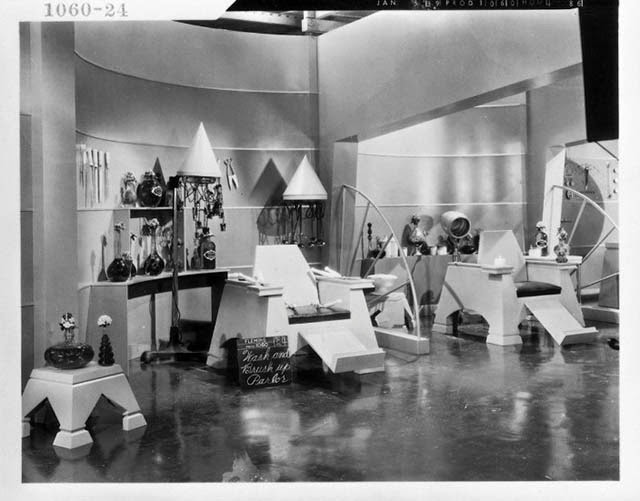 The beauty parlor set from the Emerald City. 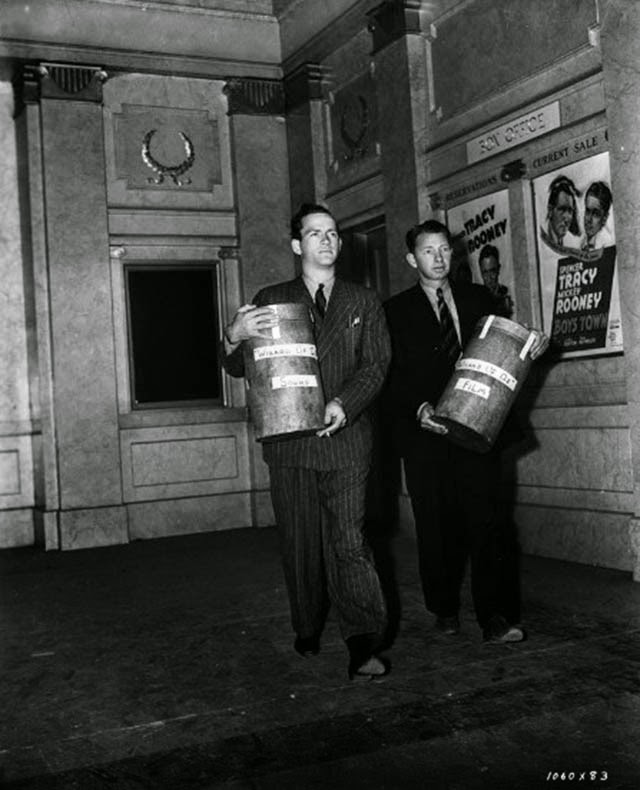 Two men carry the sound and visual tracks for a preview of the film. A composite print was made after the previews and final edit decisions had been made.
Labels: Amazing
Newer Post Older Post Home