For the last sixty years, the city of Ypres in Belgium has held a popular “Cat Parade” that draws visitors from around the country. Kattenstoet, or the “Festival of the Cats”, is held once every three years and consist chiefly of parades featuring giant cat effigies, brass bands, marchers and people riding on horseback. Revelers dress themselves as cats, witches or mice and march through the town to the cheer of large crowds of people who turn out on the streets. While it’s all gay and merry now, the origins of Kattenstoet is much darker. 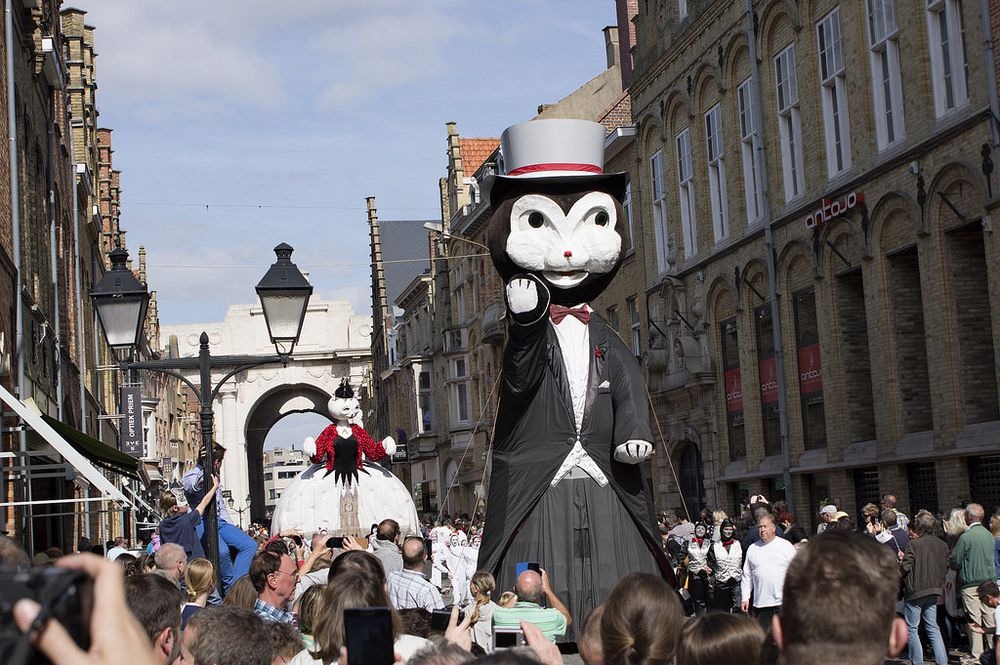 Photo credit: Rostyslav Kudlak/Flickr
Back in medieval days, people were not very kind to animals and cats in particular. Many west European cities in those times held ritualistic cat tortures where people would gather dozens of cats in a net or wicker cage and hoist them high into the air over a bonfire. It was thought that cats harbored evils spirits and the Devil himself. So while the poor animals howled in pain, the crowd shrieked with laughter. After the animals were charred, the crowd collected the embers and ashes of the fire and took them home for good luck.
In the city of Ypres too cats were used as victims in numerous folkloristic games.
In those days, Ypres, like many towns in the Flanders region of Belgium, was renowned for its cloth industry. Wool was imported from England, and woven into fine garments by highly skilled craftsmen. Both the wool and the finished product were stored in the Cloth Hall, one of the largest commercial buildings of the time. But the cloth attracted mice, which gnawed at the cloth and procreated to unhealthy numbers.
To control the mice population, the cloth traders of Ypres brought in their natural predator, the cat. But cats procreate too and soon there were too many cats than the city could handle. And so the cat killing began. This being the age when cats were seen as harbinger of evil, nothing pleased the townsfolk more than throwing the animal off the bell tower of the local church. When business went bad, the people made sure that there was always a few extra cats tossed out off the window. With time, the killings became a ritual, taking place on ‘Cat’s Wednesday’, in the second week of Lent.
The barbaric practice continued until 1817 when the last killing took place. The last cat reportedly survived the fall and scampered off as fast as it could before it could be caught again. From then on until the First World War, Cats' Wednesday was celebrated simply by ringing of the church bells.
In 1938, a group of young altar boys organized a sort of cat parade. Each was carrying a toy cat. When they reached the church, they first had a feast and then one of the boys climbed up the bell tower and threw down the cat toys.
The ‘Festival of the Cats’ remained mostly a local festival until the 1950s when folkloristic parades became the new rage all over West Flanders. On the second Sunday of Lent in 1955, the first magnificent parade was organized with 1,500 extras, all dressed in gorgeous costumes. Since then, every three years the city has been celebrating Cat’s Festival. 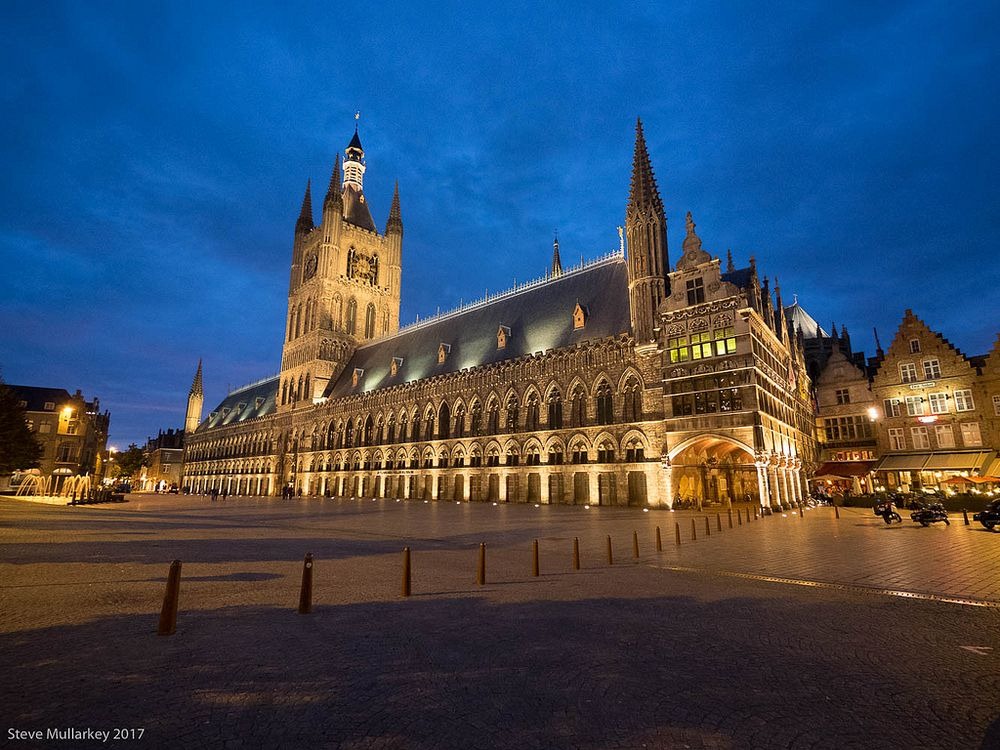 The Cloth Hall is the most magnificent building of Ypres today. It was destroyed during World War I, but was meticulously reconstructed to its prewar condition. Photo credit: Steve Mullarkey/Flickr 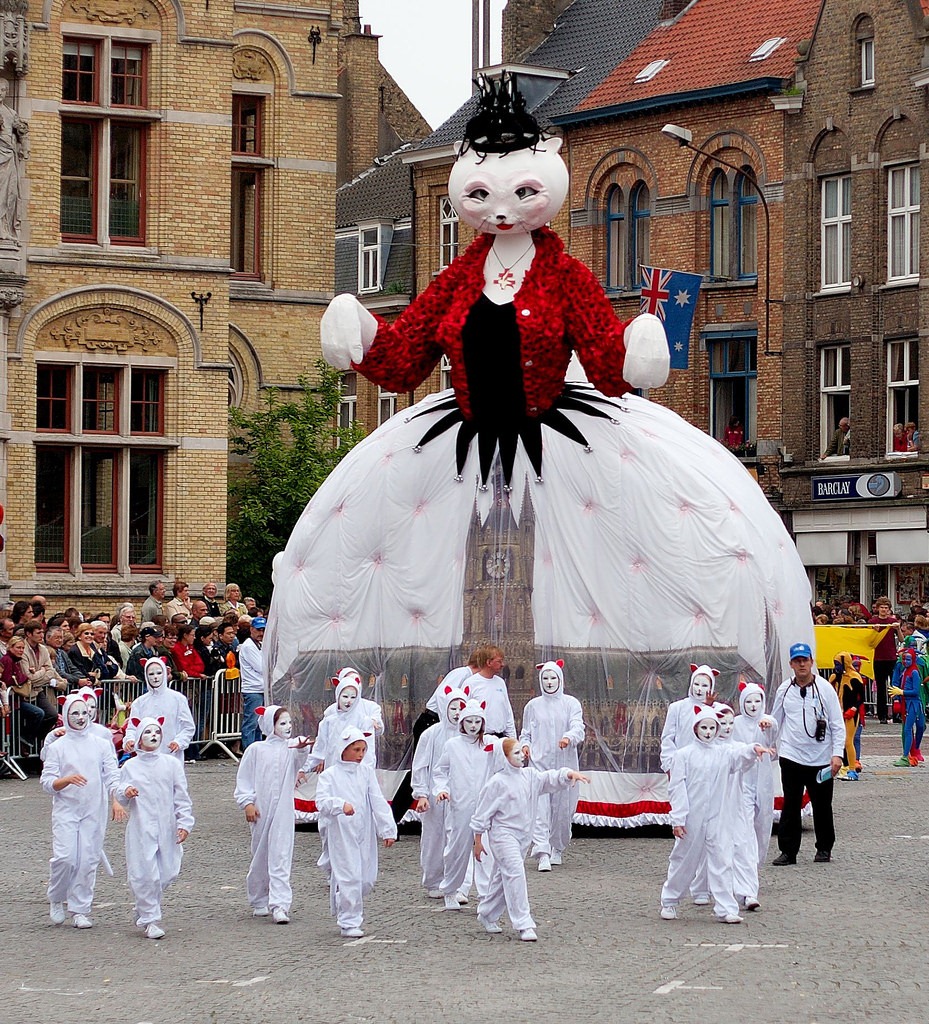 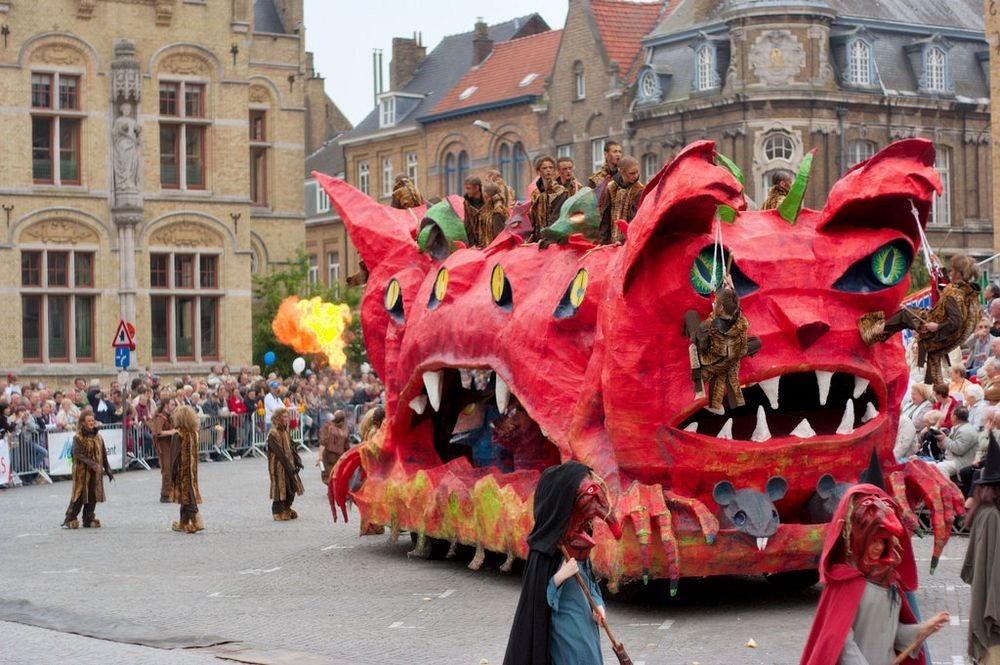 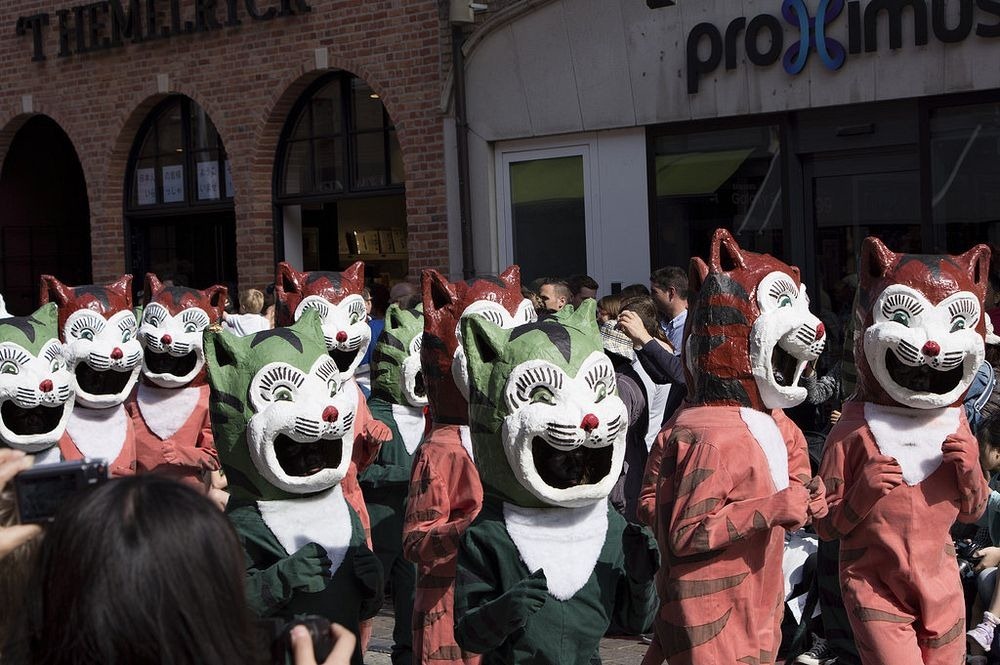 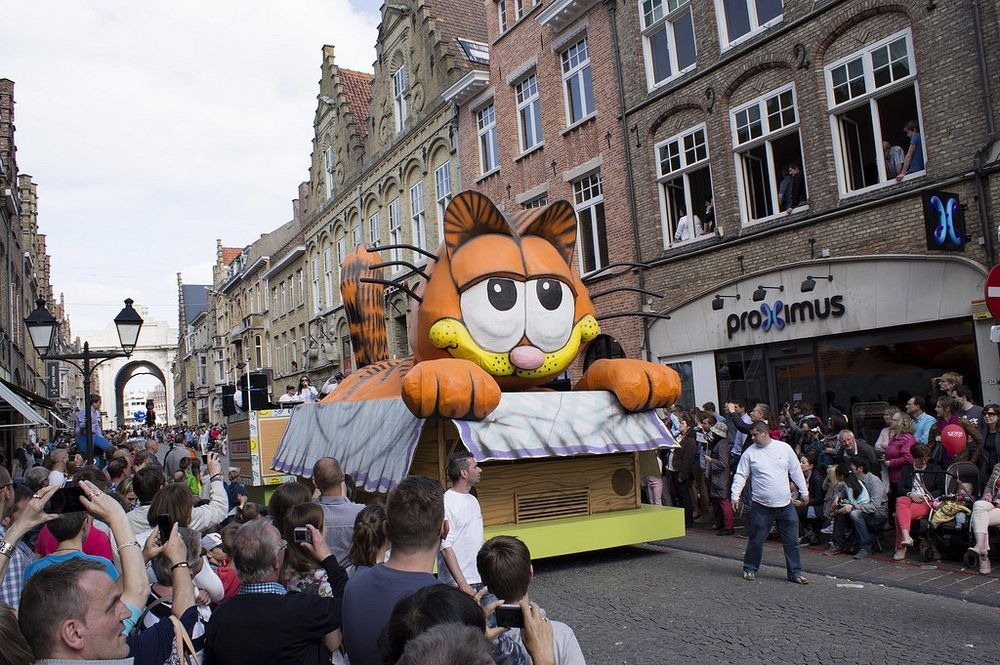 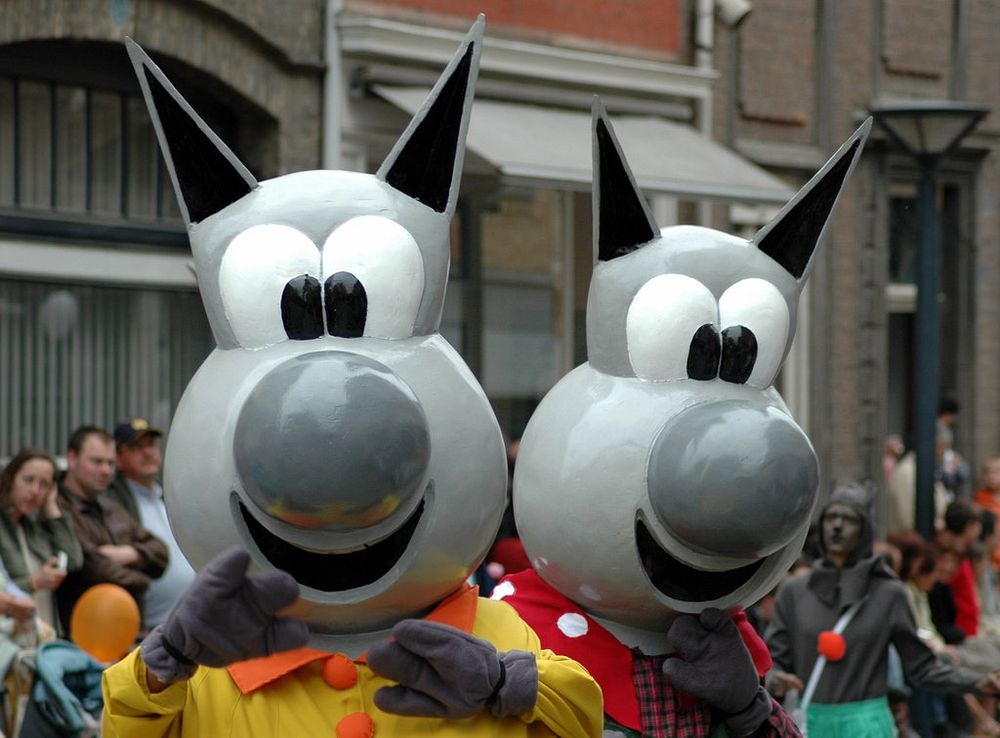