Gasometer Oberhausen: An Exhibition Hall in a Former Gasometer

The Gasometer in Oberhausen, Germany, was constructed in the late 1920s to store excess gas produced by the coal and steel industry in the Ruhrgebiet, as a by-product of iron production and coking. The blast furnace gas and coal gas that was produced were reused by the steel industries to fire the coking ovens. But supply didn’t always meet demand. Sometimes there was excess gas that had to be flared off, while at other times additional fuel had to be purchased. The Gasometer was built to remedy the losses thus produced by storing gas and releasing it as required. 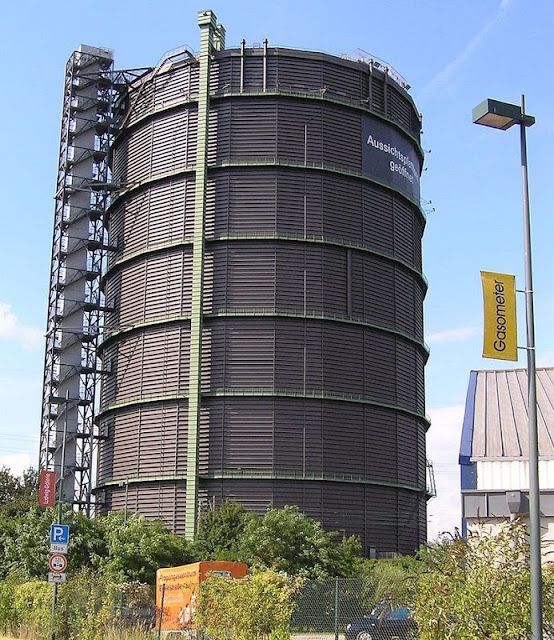 The Gasometer was built by the side of the Rhine-Herne Canal, in 1927, after two years of construction. It was the largest disc-type gas holder in Europe. It stood 117.5 meters tall and had a diameter of 67.6 meters, with an effective volume of 347,000 cubic meters. Inside, a 1,200-ton pressure disc moved up and down, floating freely on top of the gas underneath and keeping it at a constant pressure. Gas stored here were supplied to the surrounding industrial plants as far as Ruhrchemie in Holten.

In the late 1970s many coking plants and iron works closed, reducing supply as well as demand for the gas stored in the Gasometer. In addition, natural gas became cheaper and the Gasometer became superfluous. In 1988, the Gasometer was decommissioned and converted into an unusual exhibition hall.

The thousand-ton pressure disc was fixed at a height of 4.5 meters creating a 3,000 square-meter circular exhibition space on the ground floor below. The main exhibition space is on top of the pressure disc and accessible by two steel staircases. This space is fitted with a stage and seating for 500 people. Exhibitions, theatre and music festivals have been held here. A glass panorama lift takes visitors up to the roof from where one can have great views of the whole of the western Ruhr. 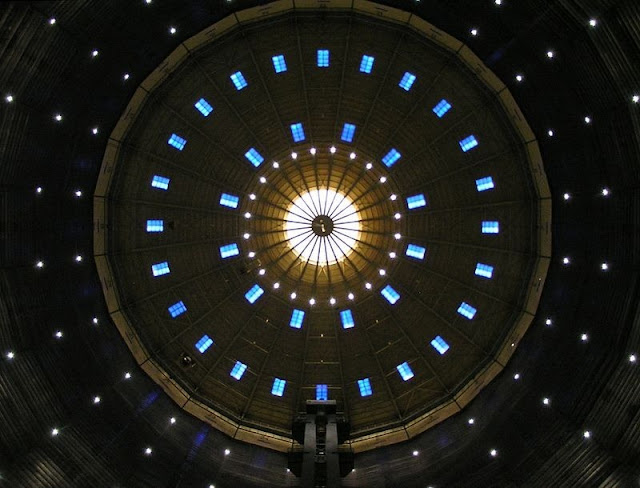 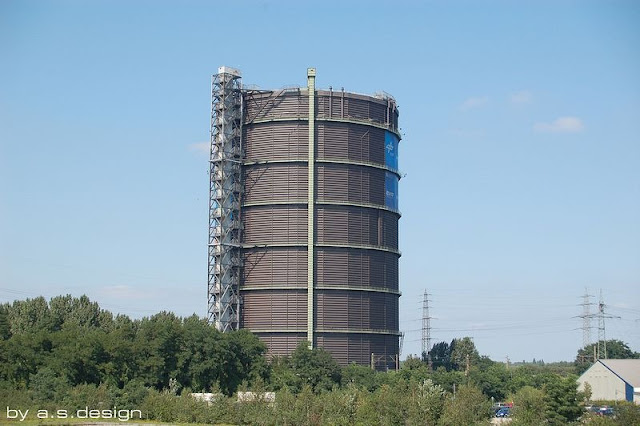 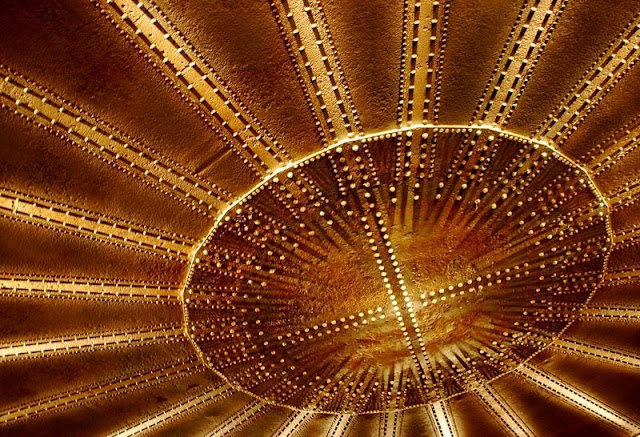 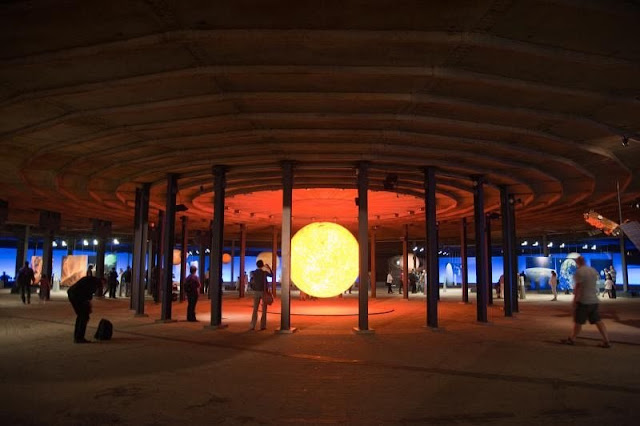 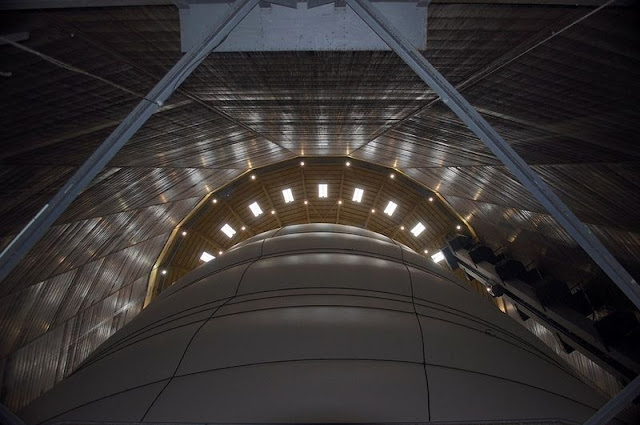 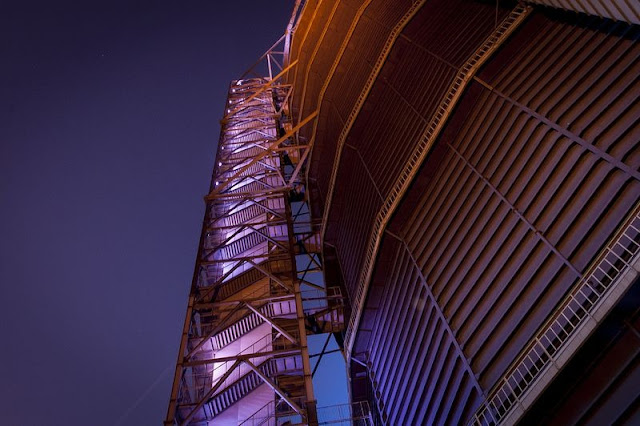 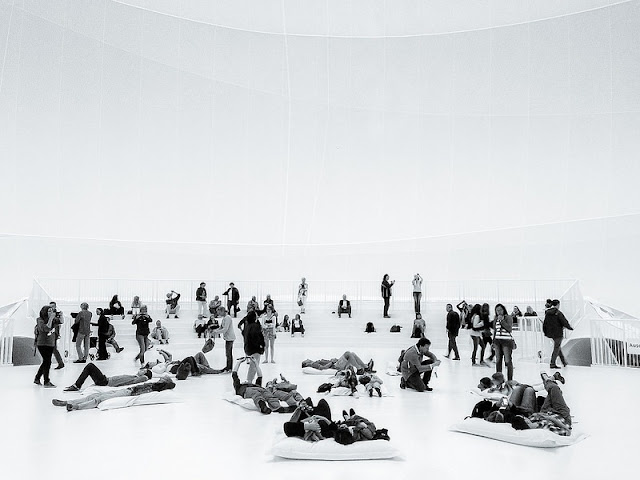 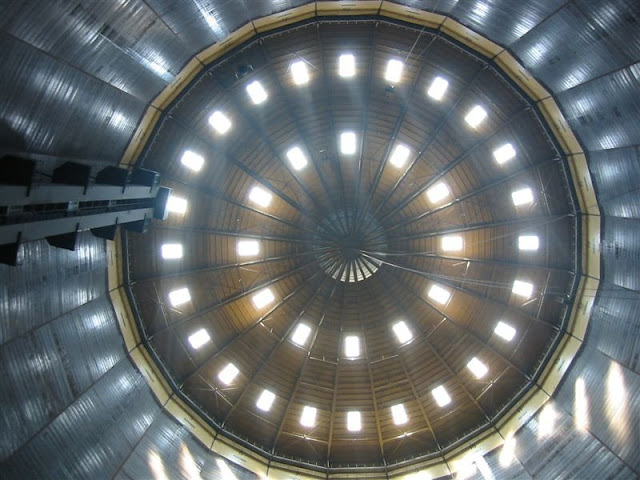