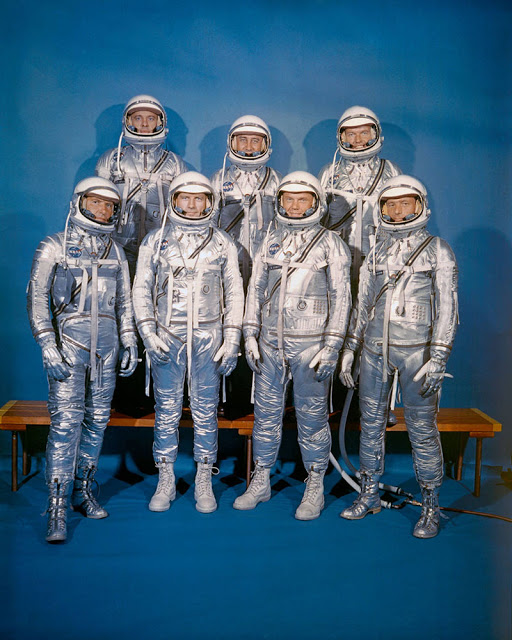 The first U.S. astronauts were a magnificent seven—military test pilots all, three Air Force, three Navy, one Marine—designated to fly Project Mercury capsules into space, then land them back on Earth. When the seven were selected in 1959, no one had ever come close to leaving our planet's atmosphere—and no one knew exactly what might happen if they actually succeeded. 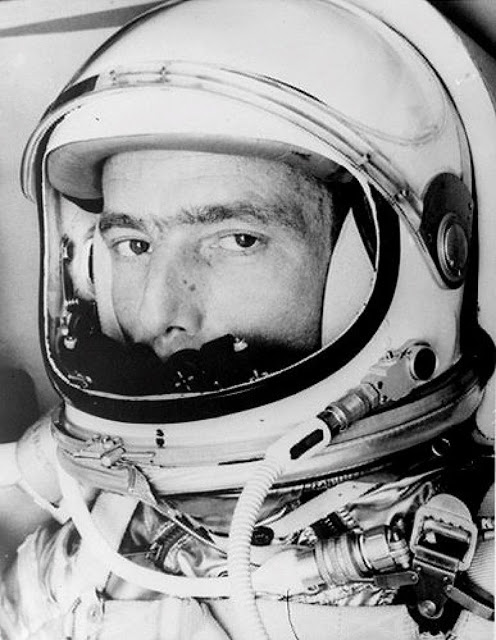 Alan B. Shepard Jr. – A close-up image of Alan Shepard Jr., the first American Astronaut to in space. This photo of Shepard was taken inside the Mercury Capsule at Cape Canaveral, Florida on May 5, 1961. 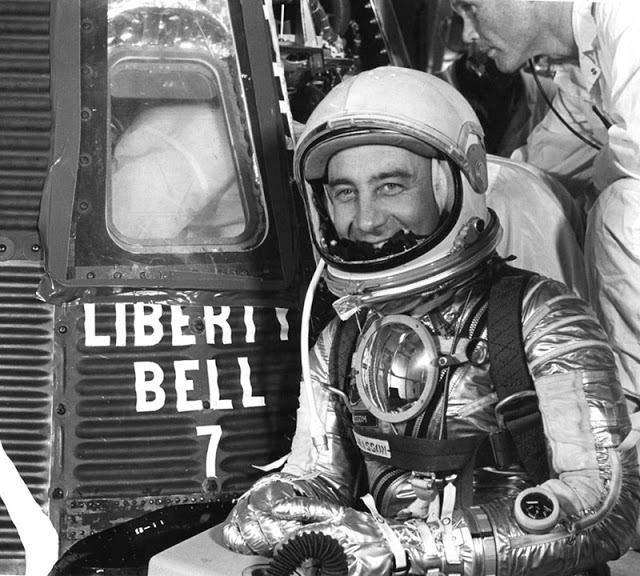 Virgil Ivan “Gus” Grissom – The second American in space in front of Liberty Bell 7, Gus Grissom. He was the first NASA Astronaut Corps member who traveled twice in space. 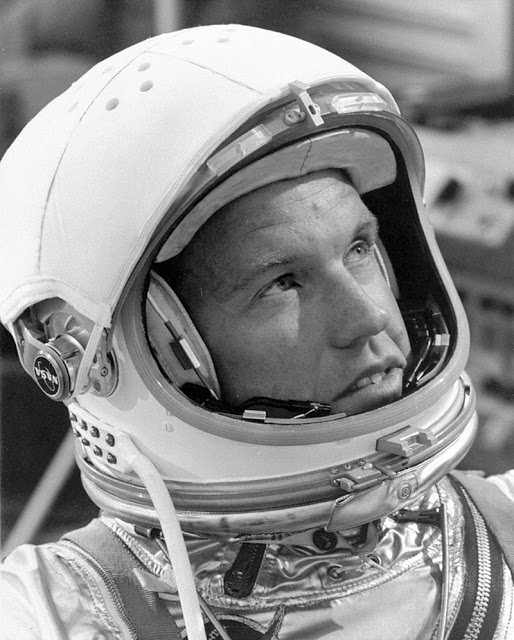 Leroy Gordon Cooper Jr. – Mercury’s final and longest spaceflight in 1963 was piloted by L. Gordon Cooper. During their 34-hour mission, he became the first American to sleep in space. 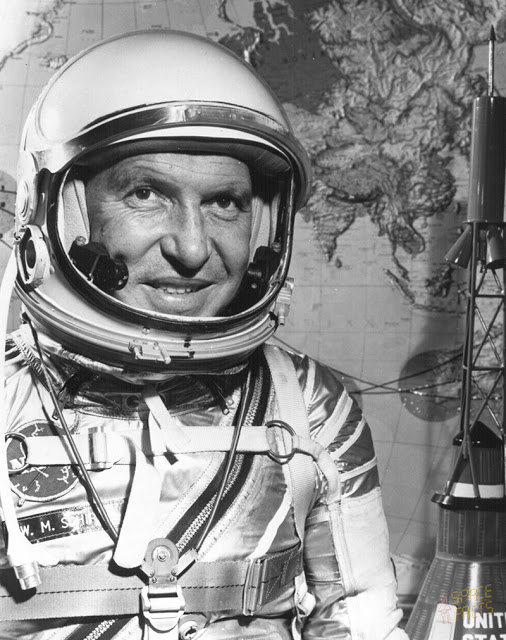 Walter Marty “Wally” Schirra, Jr. – He was the 9th man and the 5th American who traveled into space. Schirra flew the Mercury-Atlas 8 (Sigma 7) during their six-orbit mission lasting 9:13:11 on October 3,1962. 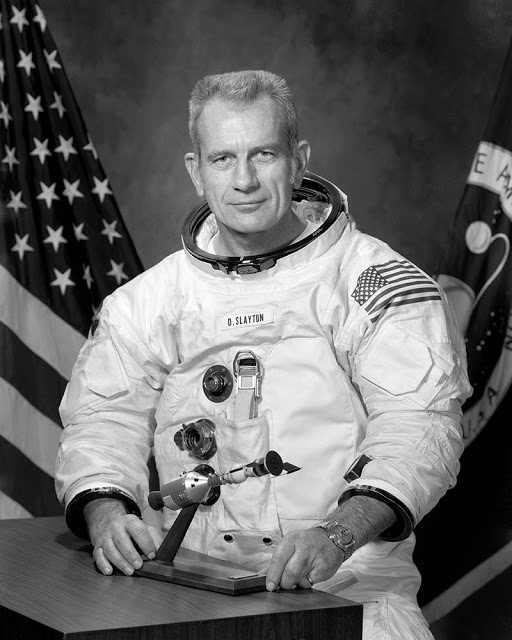 Donald K. Slayton – He was one of the original seven astronauts chosen for Project Mercury. Slayton was designated to fly the Mercury -Atlas 7. But due to erratic heart rate, his flight was grounded on September 1962, And he was the only member in the program who never flew into space. John Herschel Glenn Jr. – On board in Friendship 7, John H. Glenn Jr. became the first American orbited the earth. He was the pilot of the Mercury-Atlas 6 carrying the mission to orbit earth three times on February 20, 1962. 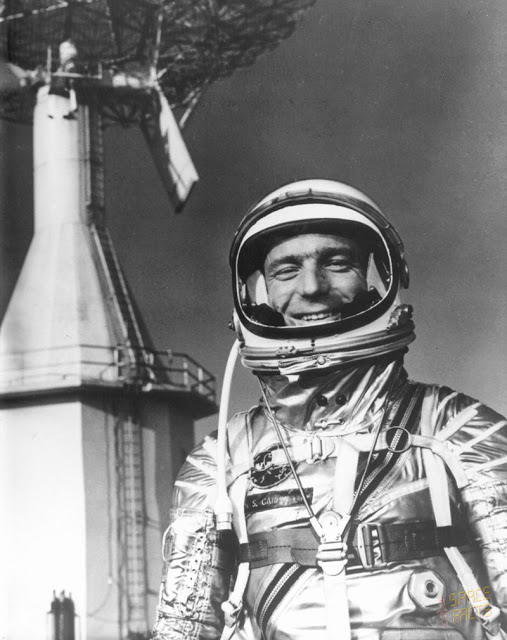 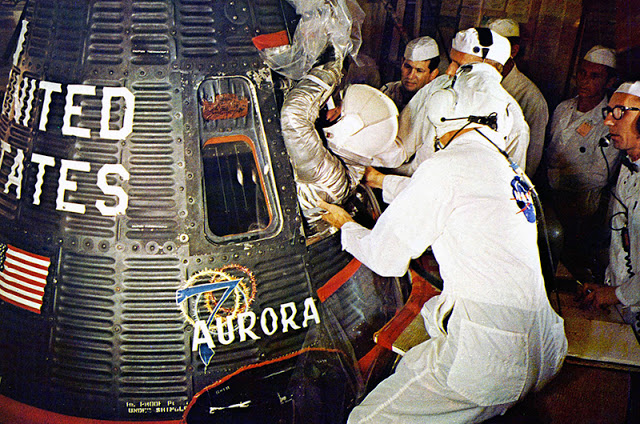 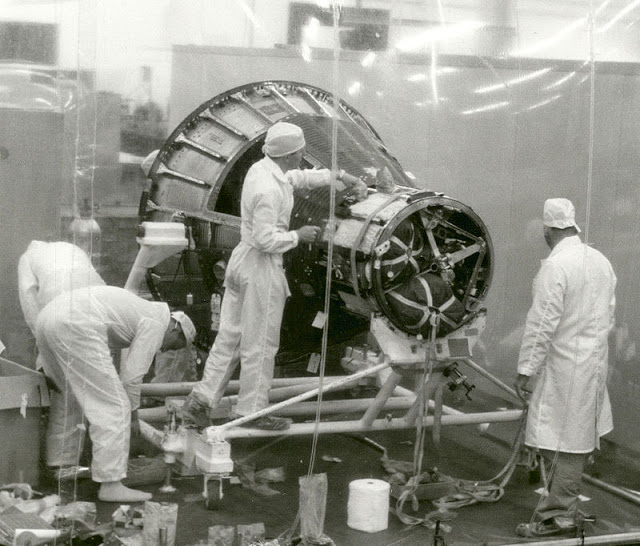 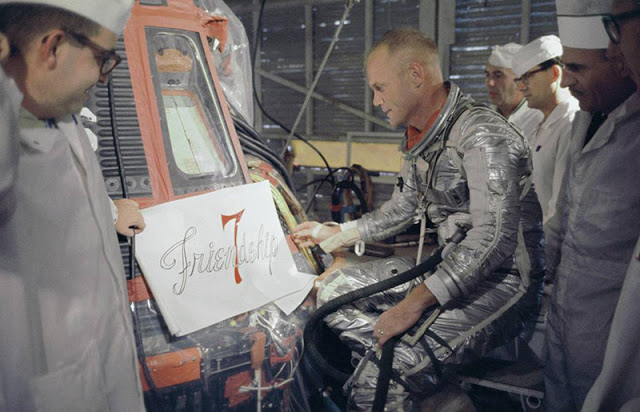 John Glenn checking out the artwork that will be painted on Mercury-Atlas 6. 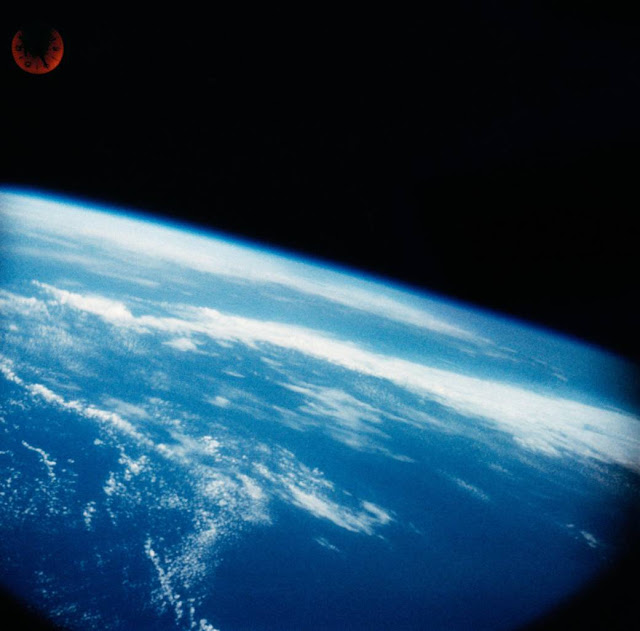