The Ghost Army That Duped The Nazis (11 Pics)

Deception and decoy are part of war strategy. During the Second World War the Allied forces employed dozens of tricks to confuse, mislead or intimidate the German army — from dropping dummy paratroppers to dropping aluminum tinfoil, from faking the death of a fictitious Major William Martin to completely covering up a military aircraft plant. One such deceptive operation that came to light only a few years ago is the so called Ghost Army.
The Ghost Army was a 1,100-man unit officially known as the 23rd Headquarters Special Troops whose goals were to impersonate vastly large U.S. Army units to deceive the enemy. The men that made up this secretive unit weren’t your regular soldiers. They were artists, illustrators and sound technicians handpicked for the job from New York and Philadelphia art schools. They didn’t carry M1s and Thompsons, but large inflatable tanks and rubber aircrafts, powerful amplifiers and speakers to mimic the noise created by a large gathering troop and radio equipment to transmit phony messages. 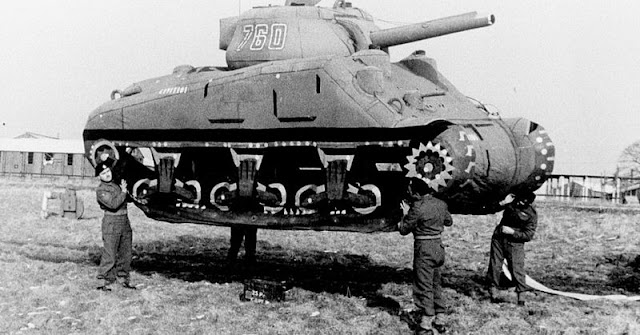 Over the course of the war, the Ghost Army travelled all across Europe staging a sort of “traveling road show of deception” aimed at Hitler’s legions. They staged more than 20 operations where they conjured up phony convoys, phantom divisions and make-believe headquarters to fool the enemy about the strength and location of American units. The Ghost Army is estimated to have saved tens of thousands of soldiers' lives with its deceptions, yet almost no one knew about them. Their existence and their every move were highly classified and remained so for more than 40 years after war ended.
To create the impression of a huge army, the unit would set up inflatable tanks, trucks, artillery and airplanes, and play pre-recorded sounds of armored and infantry units through giant speakers that could be heard up to 15 miles away. Radio operators created phony traffic nets, actors dressed as soldiers hung out at local cafes and spun counterfeit stories for spies to pick up, while another impersonated a major general and drove from town to town in a convoy of jeeps. Sometimes the unit would drive just a couple of trucks in loops to create the illusion of an entire infantry unit being transported. Often the thousand-men-unit would impersonate the presence of twenty to forty thousand men. 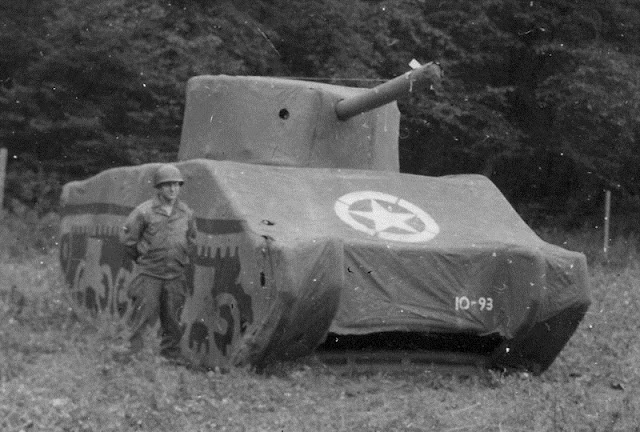 Dummy M-4's like this one were the mainstay of Ghost Army visual deceptions. The unit had literally hundreds of these.
One of their biggest performance came towards the end of the war. In March 1945, as the 9th Army prepared to cross the Rhine into Germany, the 23rd was called upon to feign a crossing in a different place to draw German units away from the point of the real attack. More than 600 inflatable tanks and artillery were set up. At night they played the sounds of trucks rolling in. In the daytime they played sounds of heavy construction, as if bridging units were being put together. Artillery fire was mimicked by setting off flash canisters. While the Germans concentrated their effort over a rubber army, the real one successfully made the crossing facing minimum resistance.
After the war, many of the men who served in the unit, went on with their art careers. Some became famous, including fashion designer Bill Blass, painter Ellsworth Kelly and photographer Art Kane. Fewer than 50 of the men are left today. They found recognition after more than seventy years, thanks to a PBS documentary titled The Ghost Army released in 2013, where several of the members were interviewed. 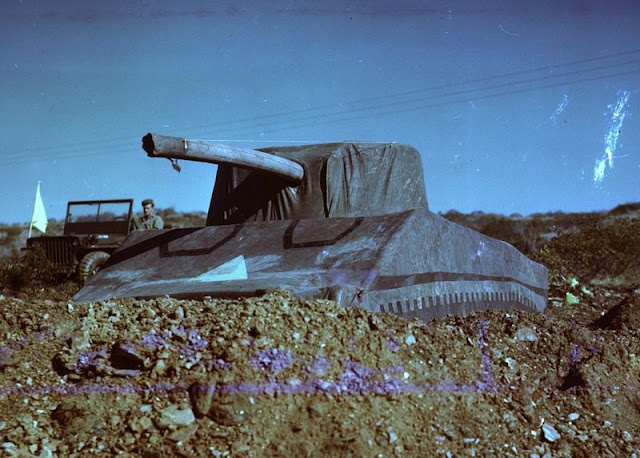 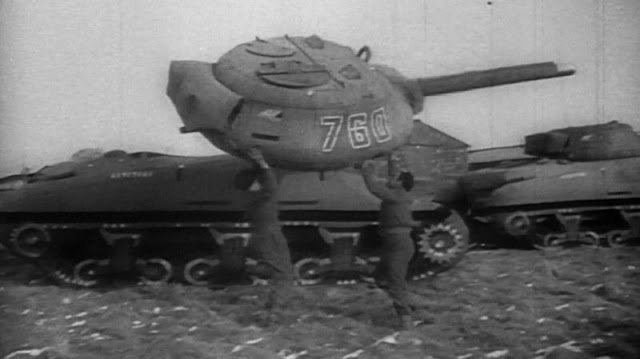 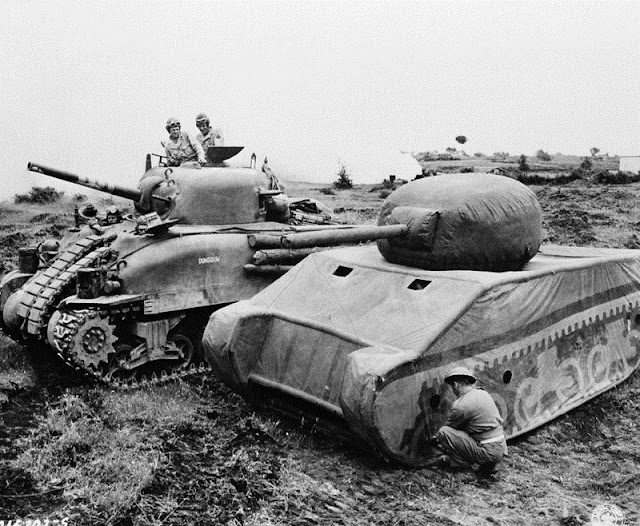 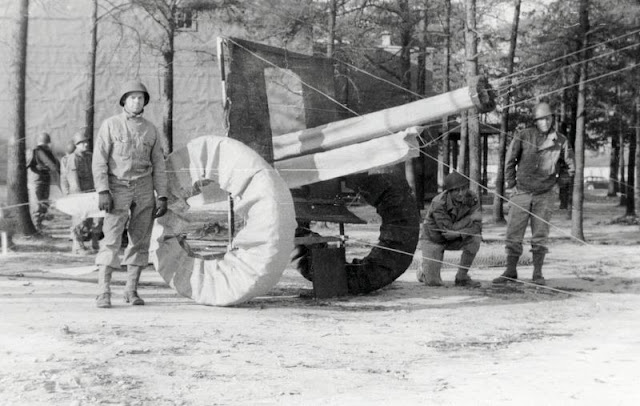 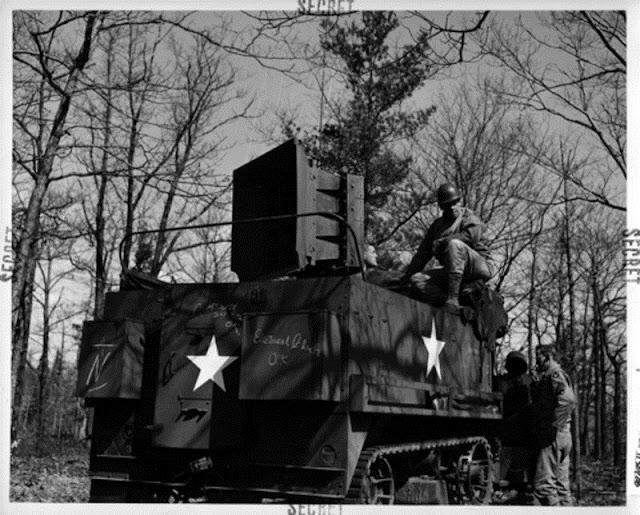 This is one of the halftracks equipped for sonic deception. Each carried 800 pounds of audio equipment capable of playing a half hour show from a wire recorder and projecting the sounds as far as 15 miles. 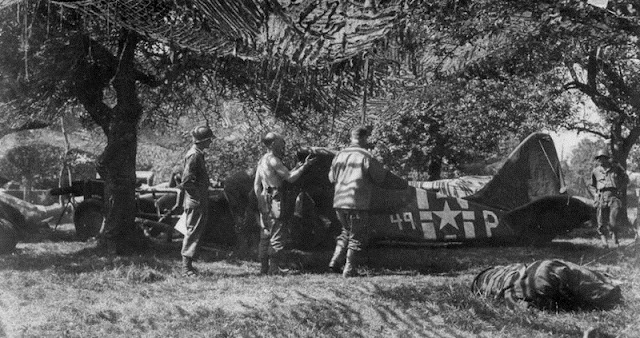 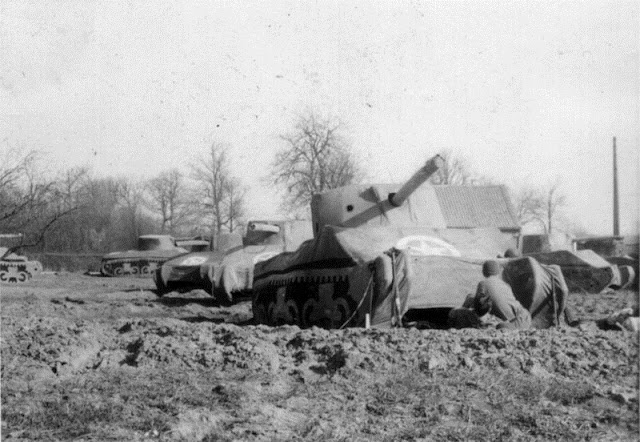 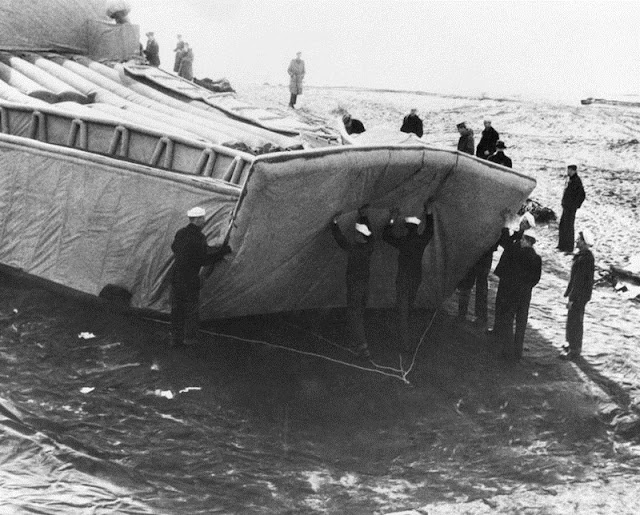 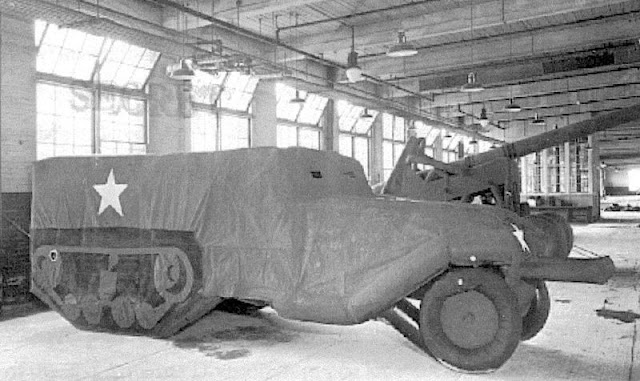