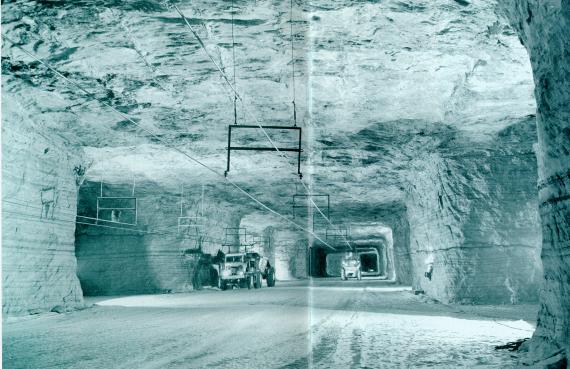 Detroit’s salt mines are like an underground city within the city. It is a massive expanse of 1,500 acres and over 100 miles of roads right under everyone’s feet. It stretches from Dearborn, located in the northwest of Detroit’s metropolitan area, and known to automobile lovers as Henry Ford’s birthplace, via Melvindale to Allen Park in the southwest. 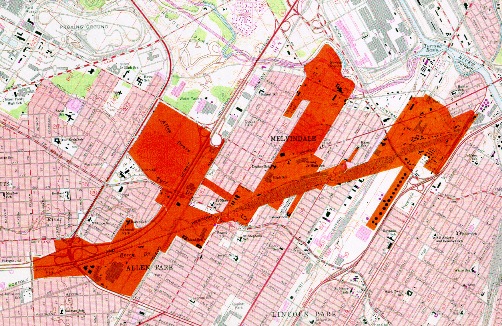 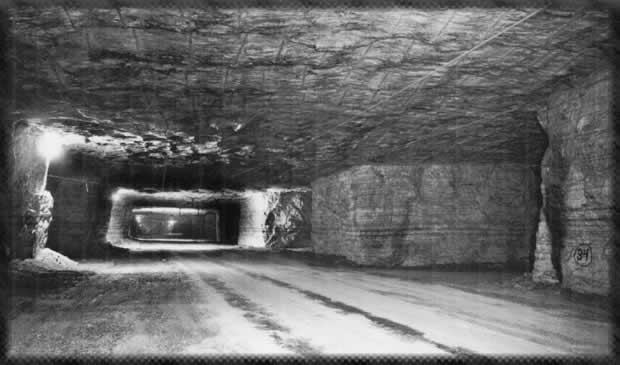 The Detroit Salt and Manufacturing Company operated the mine until 1983 but then falling salt prices forced the mine to stop production. In its heyday in the 1920s, 1940s and ‘50s, the mine was open to the public with guided tours – a popular educational trip for school classes. Today, the entrance to the mine at 12841 Sanders Street is only for delivery trucks and public tours have not been conducted since the 1980s. As the following images suggest, a mine visit must’ve been quite something. 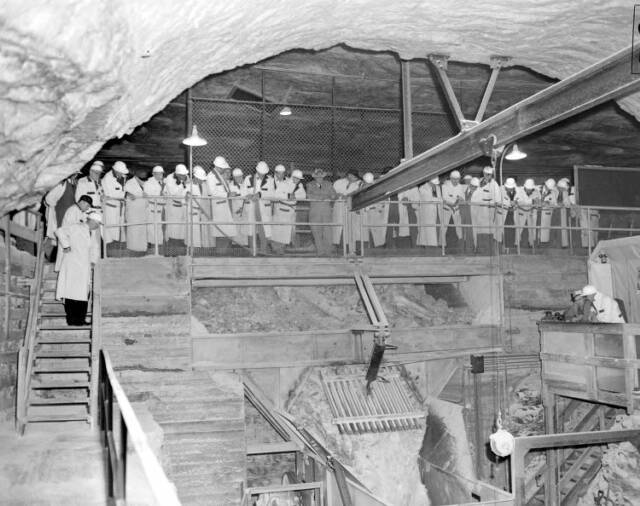 But first things first. How did the salt get under the city of Detroit in the first place? For an answer to that question, we have to go back about 400 million years when the first humans weren’t even a speck on the horizon. An area today known as the Michigan Basin was then separated from the ocean and kept sinking lower and lower into the Earth. Salty ocean water kept pouring into it until gradually, the ocean receded, leaving the water to evaporate and huge salt deposits behind.

Then, through glacial activity, the Niagara Escarpment formed – a basalt rock area including the whole state of Michigan and beyond – and buried the salt layer. Today, the Great Lakes rest on the basalt rock and the salt layer, some 1200 feet below, being the largest salt deposit in the world – some 71 trillion tons of unmined salt remain according to some estimates.
Fine, one might say. Salt. Big deal. It’s not oil and not gold. True, but there was a time when salt was a precious commodity and as valuable as gold. In early China, for example, salt coins were a popular means of payment and salt cakes served the same purpose in the Mediterranean. The Romans often paid their soldiers in salt – that’s why we’re still using the term salary today from Latin ‘sal’ – salt. 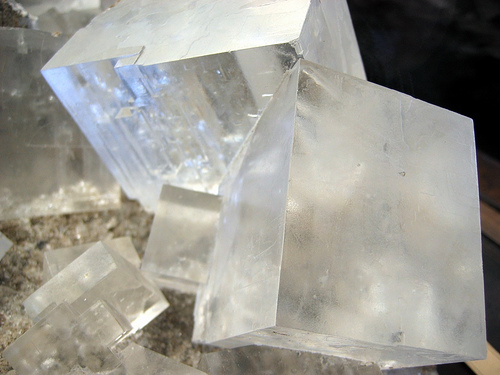 When rock salt was discovered in the Detroit area in 1895, excitement was high, despite the fact that it was buried so deep below the surface. Only 11 years later in 1906, the Detroit Salt and Manufacturing Company was ready to tackle the difficult task of digging a shaft down to the salt – and went bankrupt in the process after incurring huge losses and costing the lives of many workers. 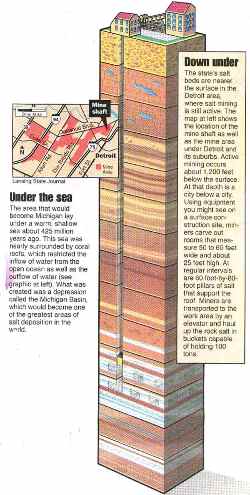 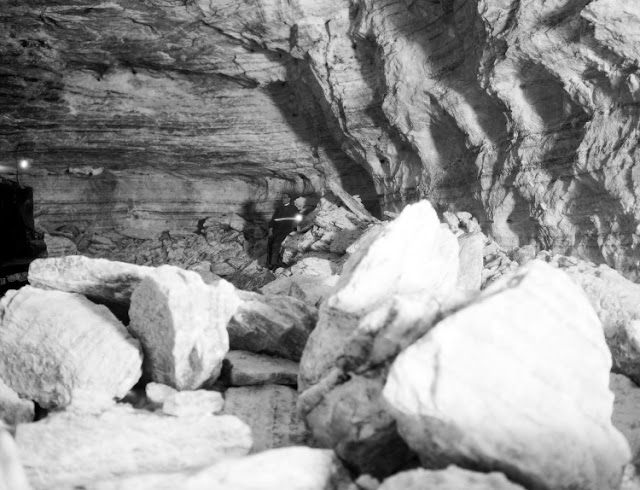 Wanting a piece of the salty pie, the International Salt Company had previously purchased the mine and increased productivity further by employing more men and using better equipment, including electric power, locomotives and mechanical shovels. Construction on a second shaft started in 1922 and was completed by 1925, thus further increasing capacity and decreasing the time it took to hoist the salt to the surface. 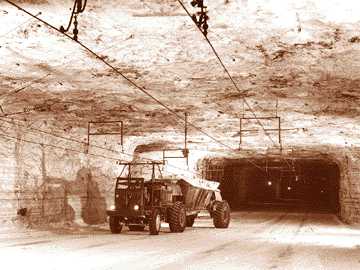 As one can imagine, life was tough underground and often what went down, stayed down. Donkeys brought below ground to work usually stayed underground, where they died a no doubt early death. All the equipment once brought down also stayed there – getting it through the narrow shaft opening (just 6 x 6 ft) was just too painful as it had to be taken down in pieces and assembled in the mine’s workshops.
Salt mine worker drilling a hole before blasting it with dynamite: 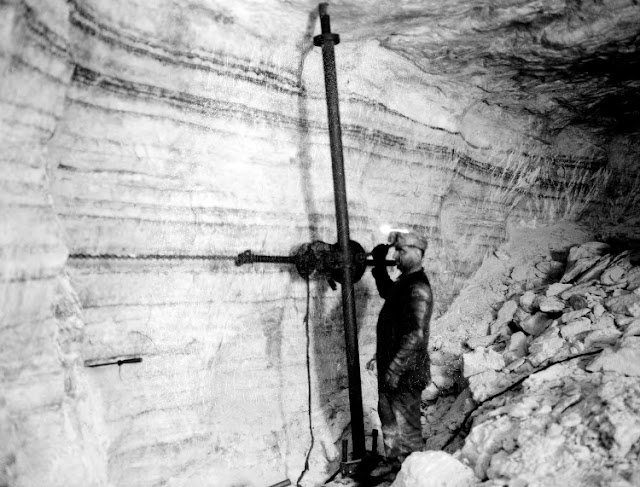 Yet, at least it was clean and rodent-free, as mine worker Joel Payton remembers: “One reason we don’t have any rats in our Detroit mine is because the rats would have nothing to eat except the leavings of our lunch pails. And by the way, not only are there no rats or cockroaches or other living creature in our mine, but also no remains of living things from past ages.”
Operations went on until 1983 when falling margins and salt prices made production altogether unprofitable. The salt mine remained unused until in 1997 the Detroit Salt Company LLC purchased it. The company began salt production in the fall of 1998 and currently provides not table salt but road deicing salt – a sought-after product, considering the harsh Michigan winters.
Newer Post Older Post Home