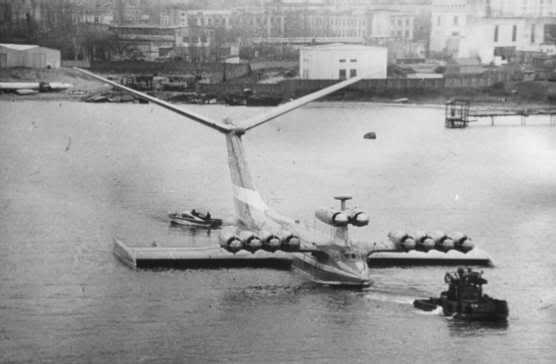 The Caspian Sea Monster, also known as the "Kaspian Monster", was an experimental ekranoplan, developed at the design bureau of Rostislav Alexeyev in 1966. 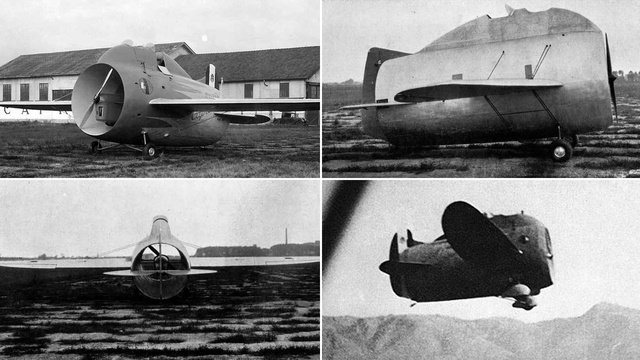 Stipa-Caproni, an experimental Italian aircraft with a barrel-shaped fuselage (1932). 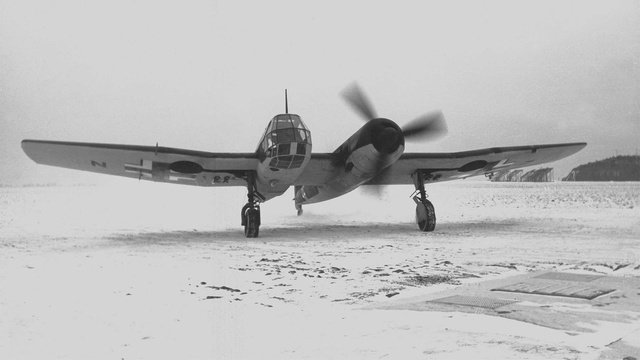 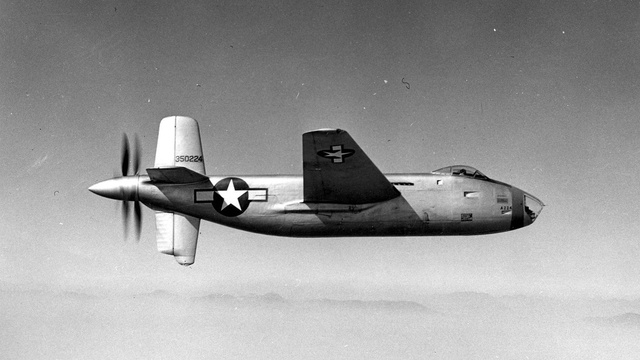 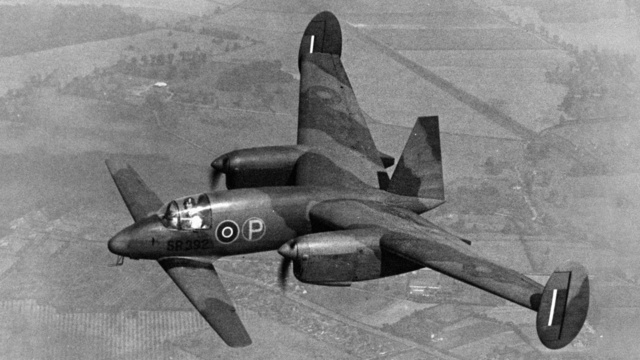 Libellula, a tandem-winged and twin-engined British experimental plane which gives the pilot an excellent view for landing on aircraft carriers (1945). 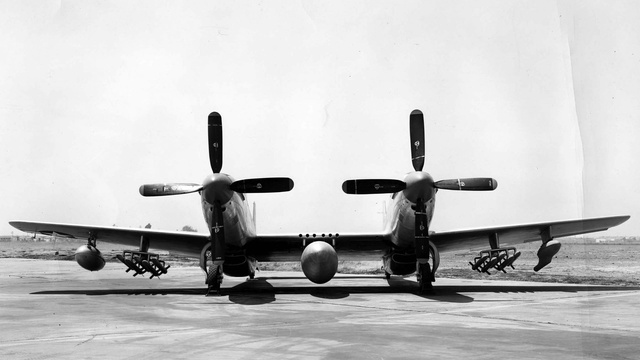 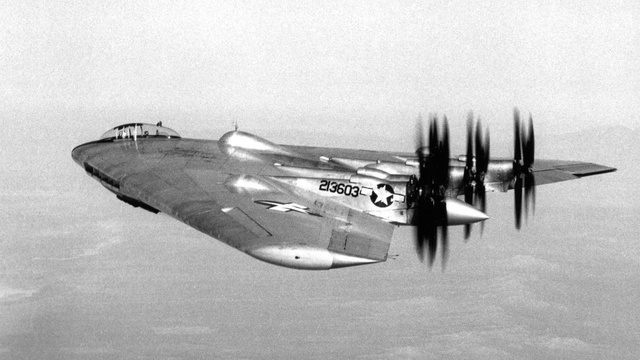 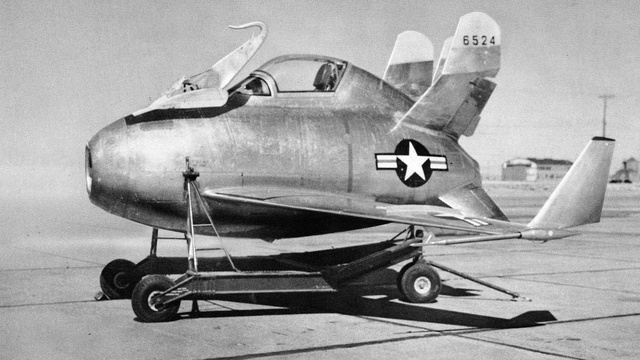 McDonnell XF-85 Goblin, an American prototype jet fighter, intended to be deployed from the bomb bay of the Convair B-36 (1948). Photo: U.S. Air Force 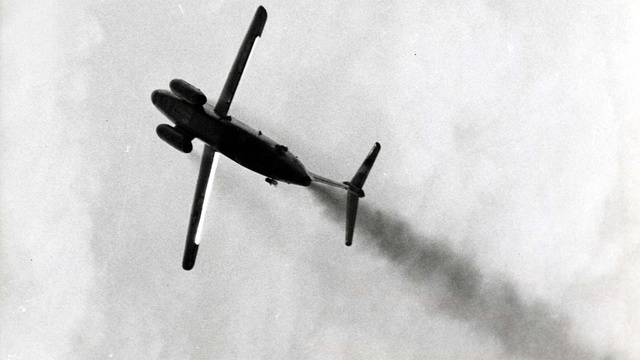 Martin XB-51, an American "tri-jet" ground attack aircraft. Note the unorthodox design: one engine at the tail, and two underneath the forward fuselage in pods (1949). 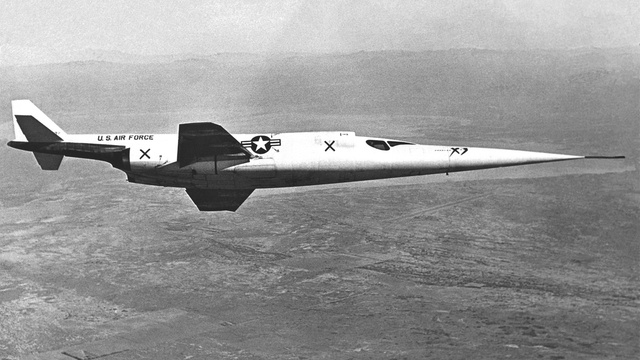 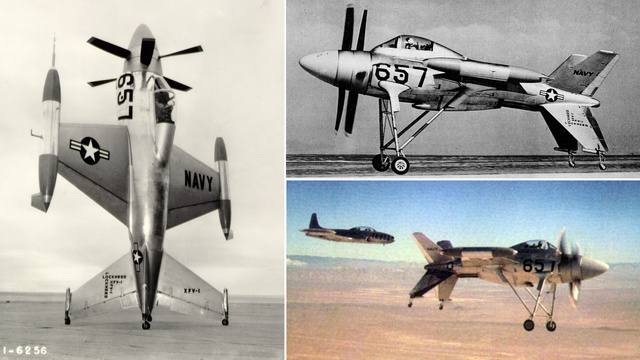 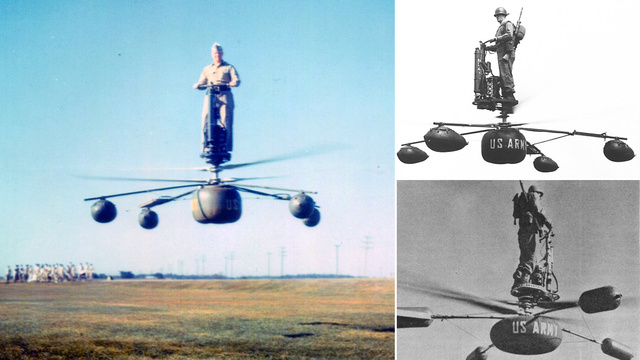 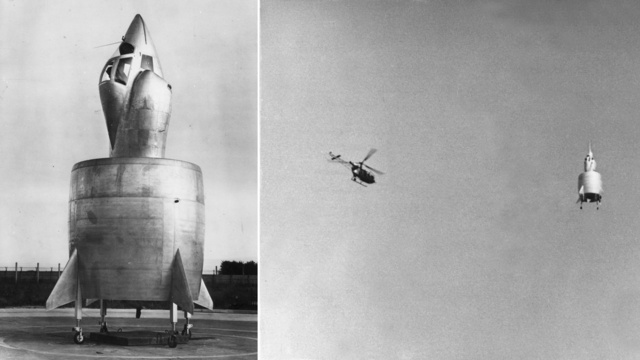 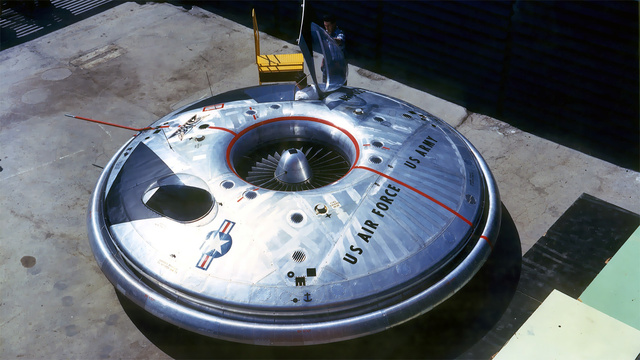 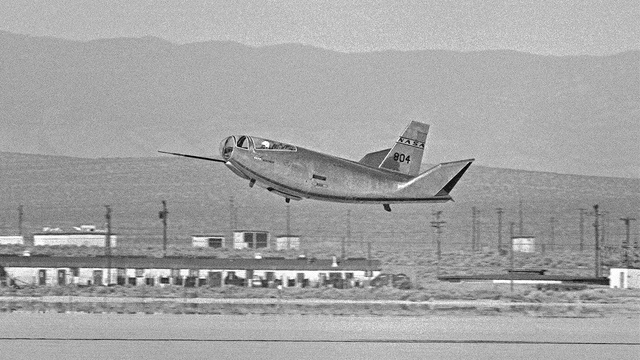 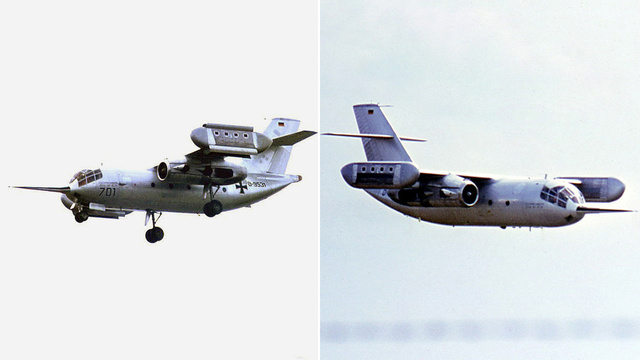 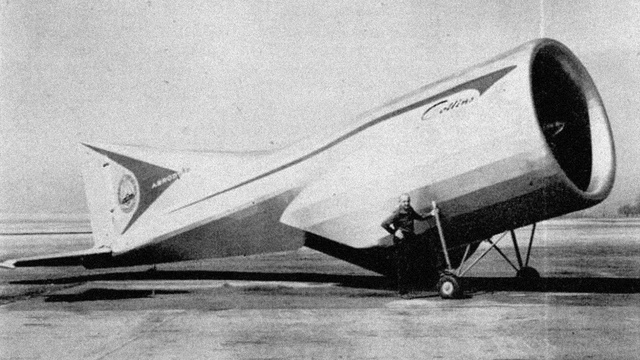 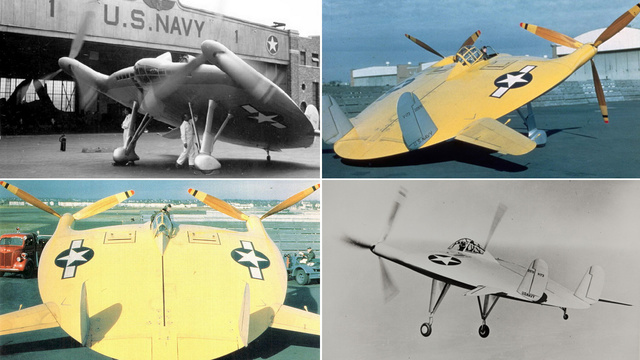 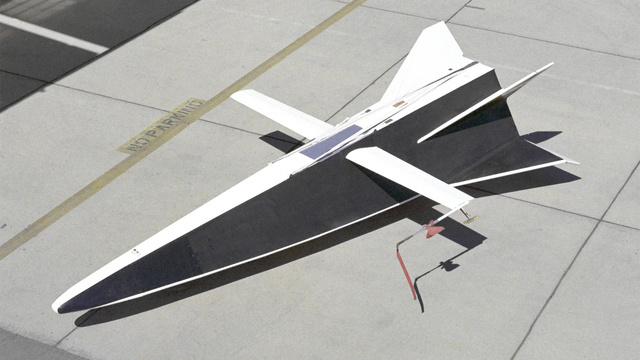 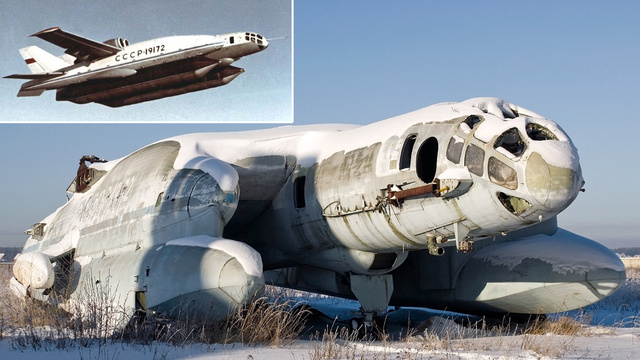 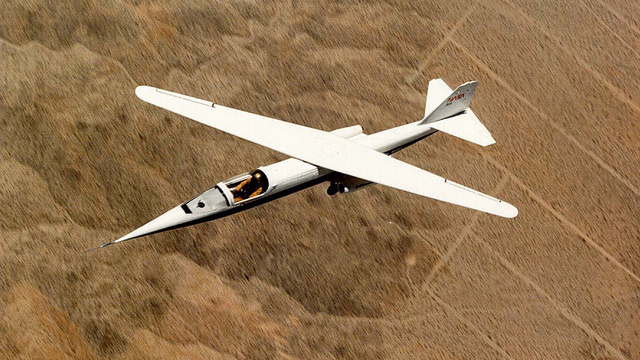 Ames-Dryden (AD)-1 Oblique Wing, a research aircraft designed to investigate the concept of a pivoting wing (1979 - 1982). 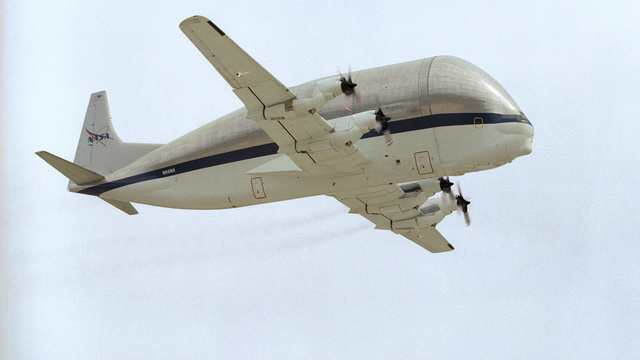 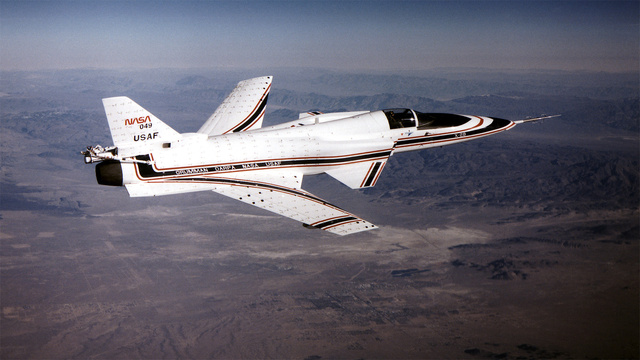 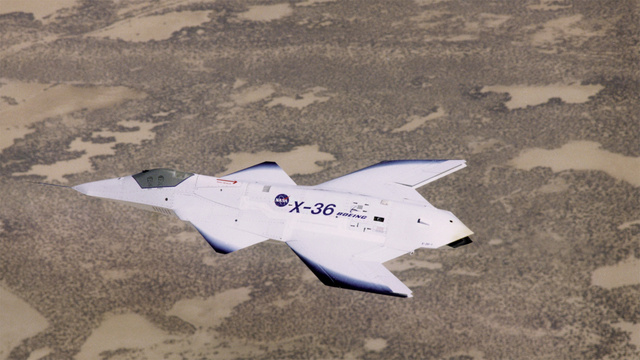 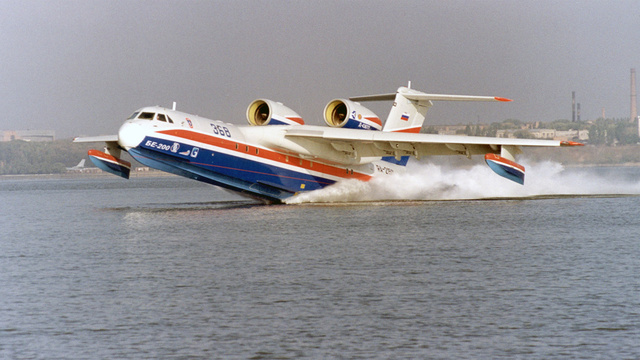 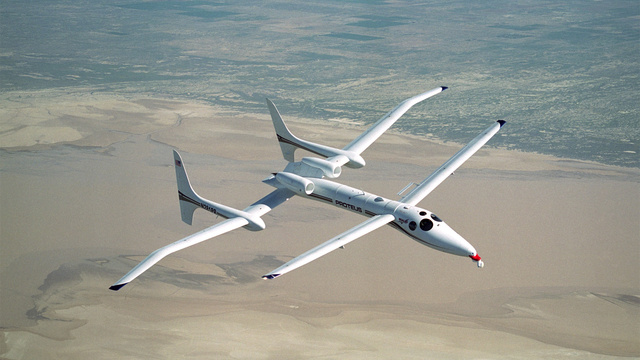 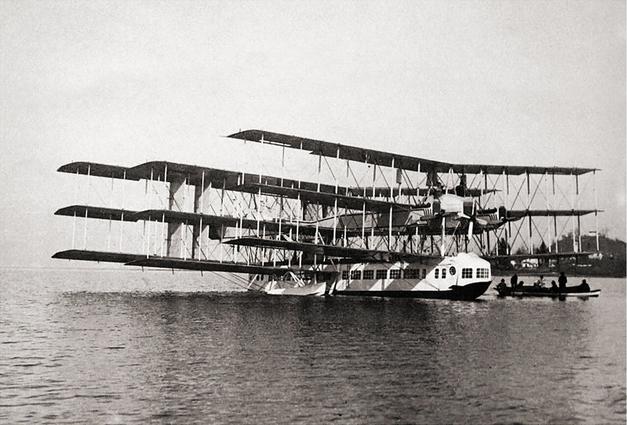 The Caproni Ca.60 Noviplano was a nine-wing flying boat intended to be a prototype for a 100-passenger trans-atlantic airliner. It featured eight engines and three sets of triple wings. Two pontoons, mounted on each side, were intended to give the aircraft stability. Only one example of this aircraft was built by Caproni. The prototype only made one short flight on 4 March 1921 over Lake Maggiore in Italy. The aircraft attained an altitude of only 18 m (60 ft), then dived and crashed, breaking up on impact. The pilot escaped unscathed. Caproni had the wrecked airplane towed to shore, and announced that he would rebuild it, but that night it burned to ashes. 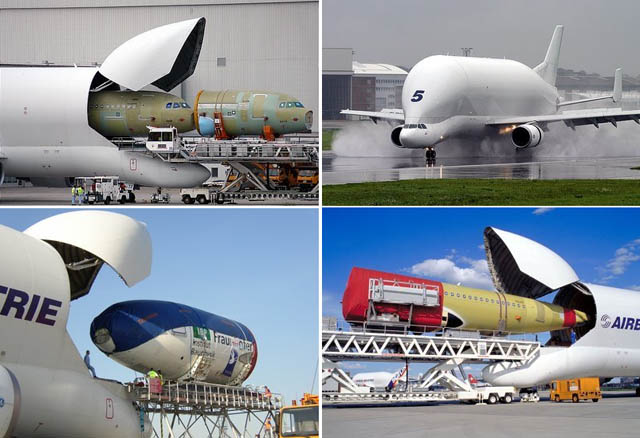 The Airbus A300-600ST (Super Transporter) or Beluga, is a version of the standard A300-600 wide-body airliner modified to carry aircraft parts and oversized cargo. It was officially called the Super Transporter at first, but the name Beluga became popular and has now been officially adopted.