The Titanic Museum in Branson

The Titanic Museum at Branson, Missouri, is a two story museum dedicated to the doomed ship, shaped like the RMS Titanic itself. The museum is housed inside a half-scale replica of the front half of the ship, and is anchored in a small pool of water to create the illusion of the Titanic at sea. A stucco iceberg is wedged into the side of the ship and acts as the entrance. Inside, there are more replicas - the ship's Grand Staircase, the Dinning Hall, First Class and Third Class cabins, the bridge and about 400 artifacts from the wreck of the ship displayed in 20 different rooms. It also has various interactive exhibits such as a touchable iceberg, the Captain's bridge from where the ship is steered, the Telegraph room from where one can send SOS message, and lots of actors dressed as the crew. 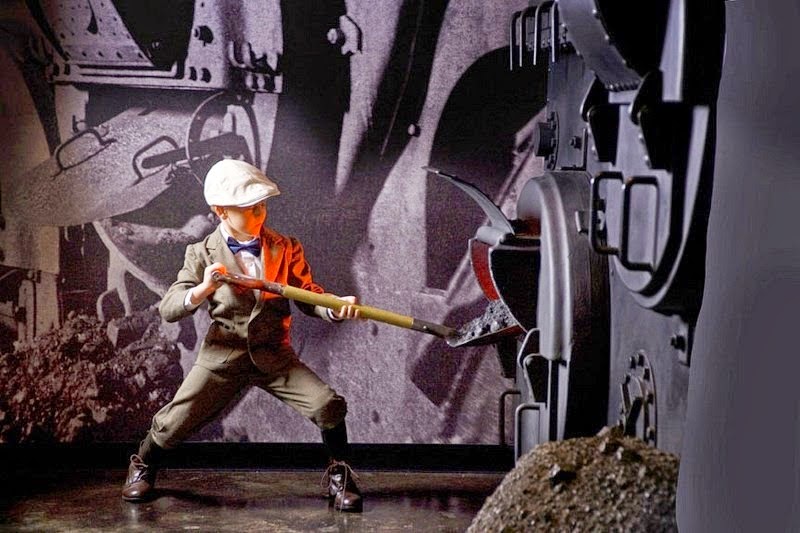 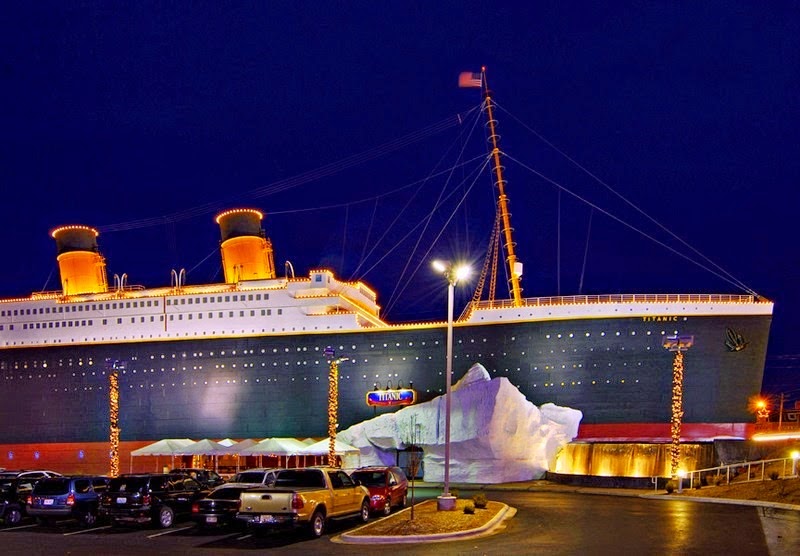 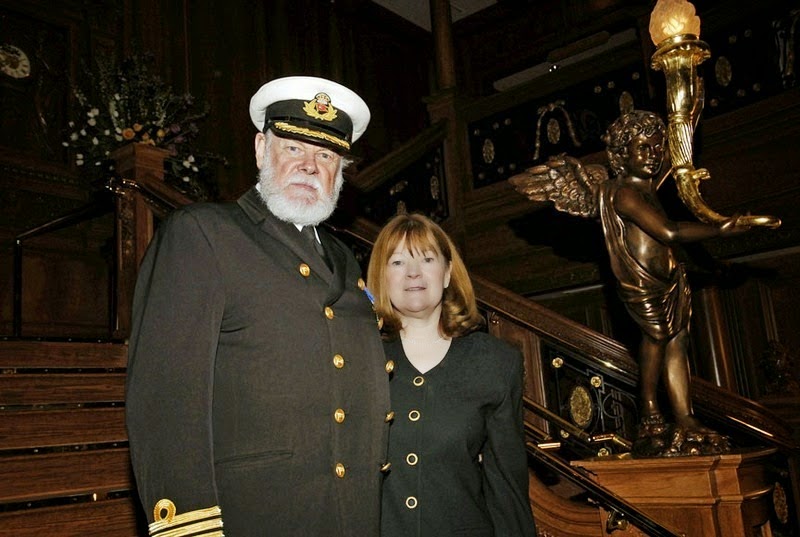 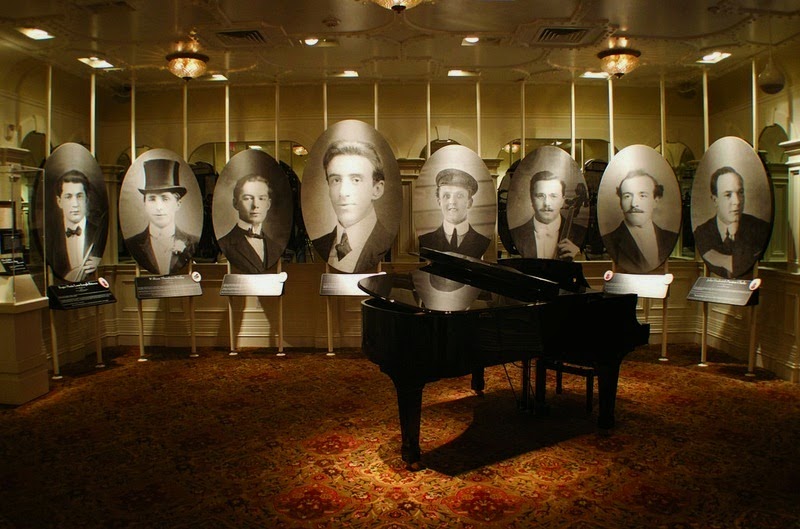 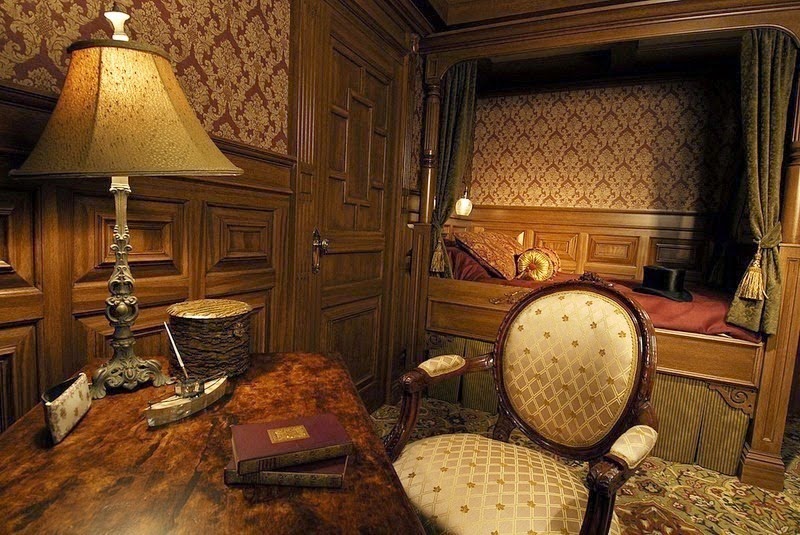 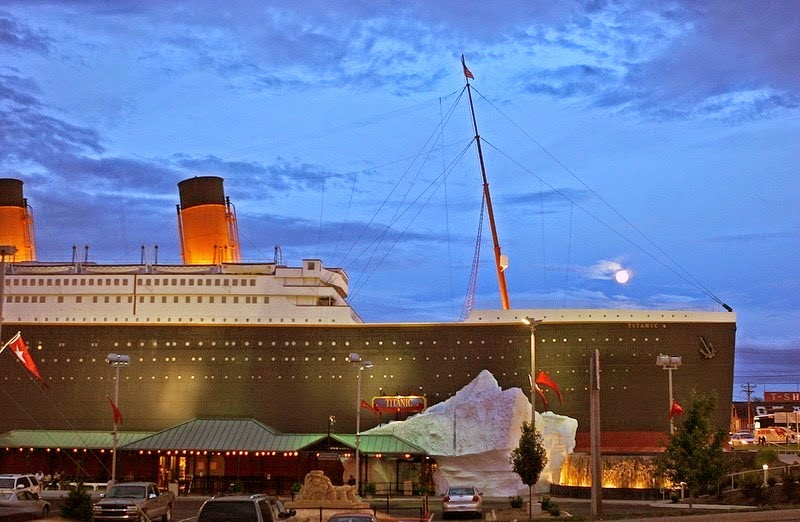 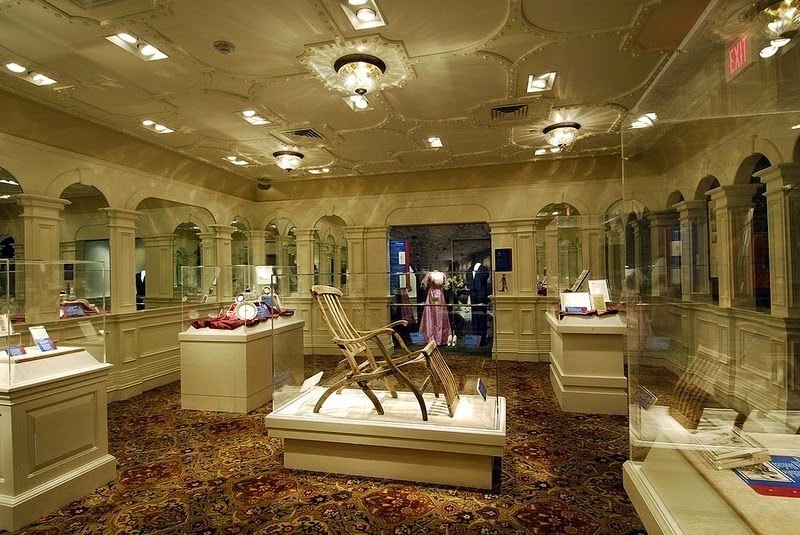 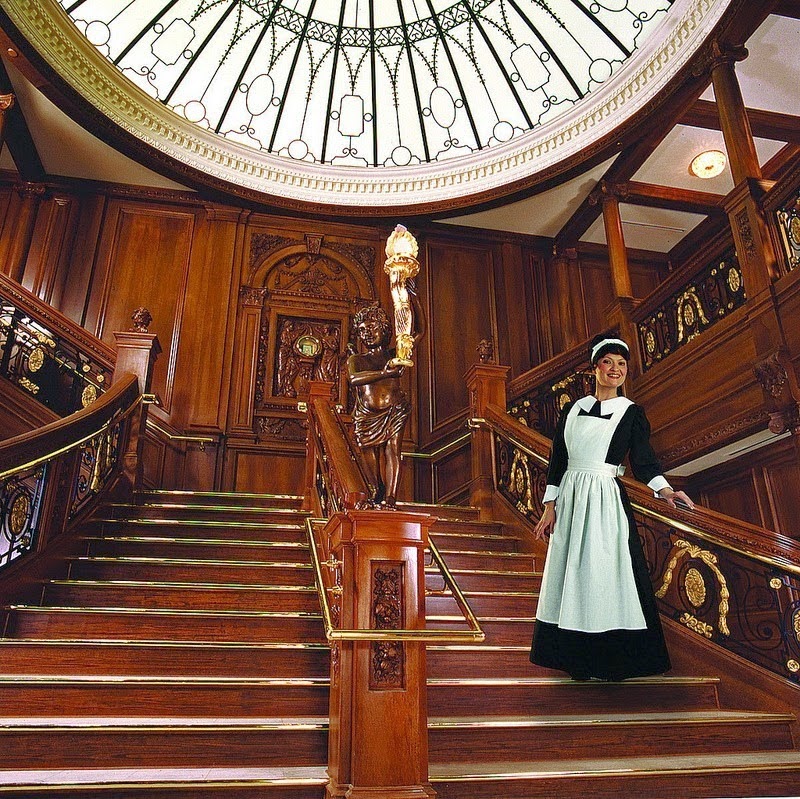 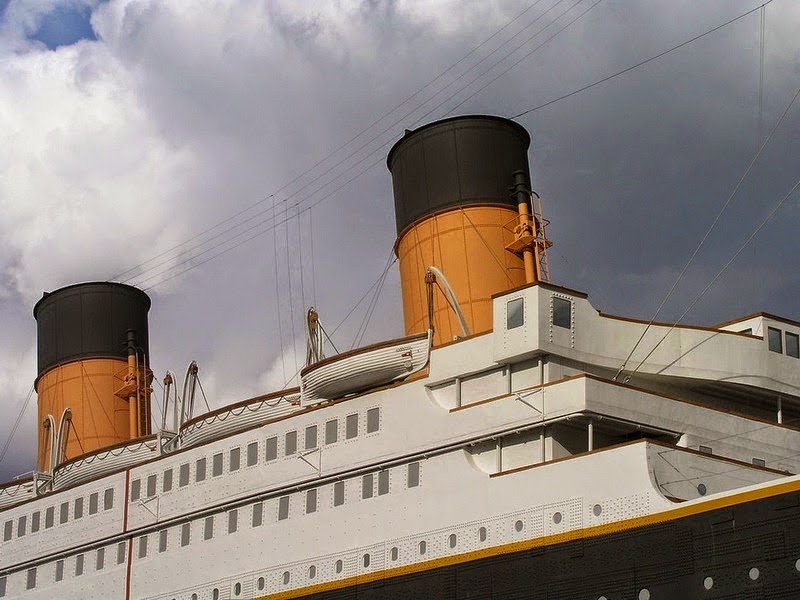 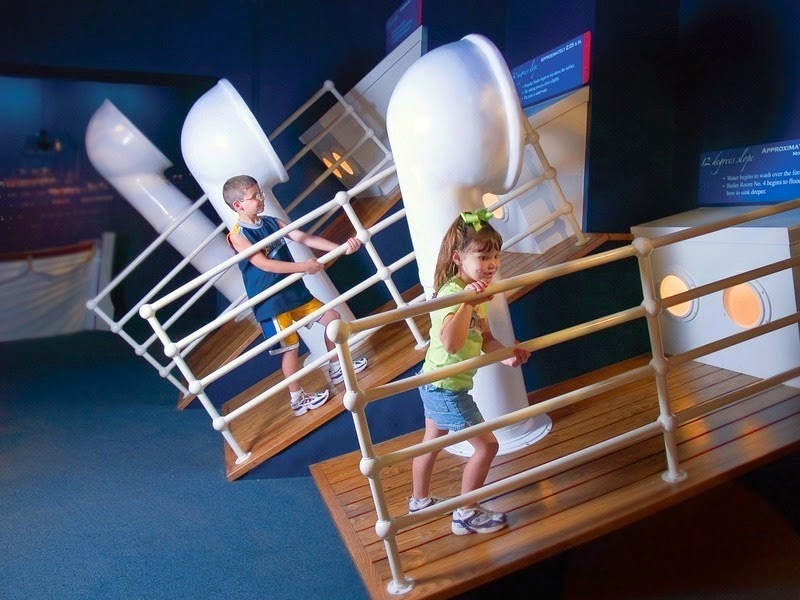 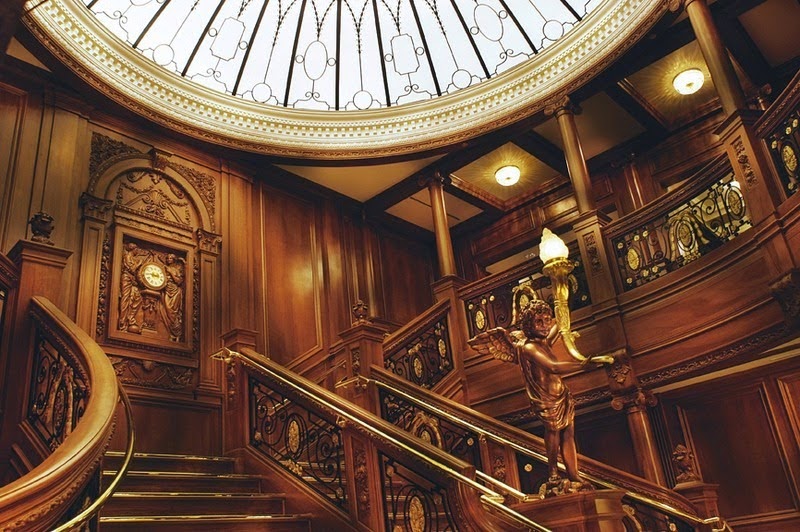 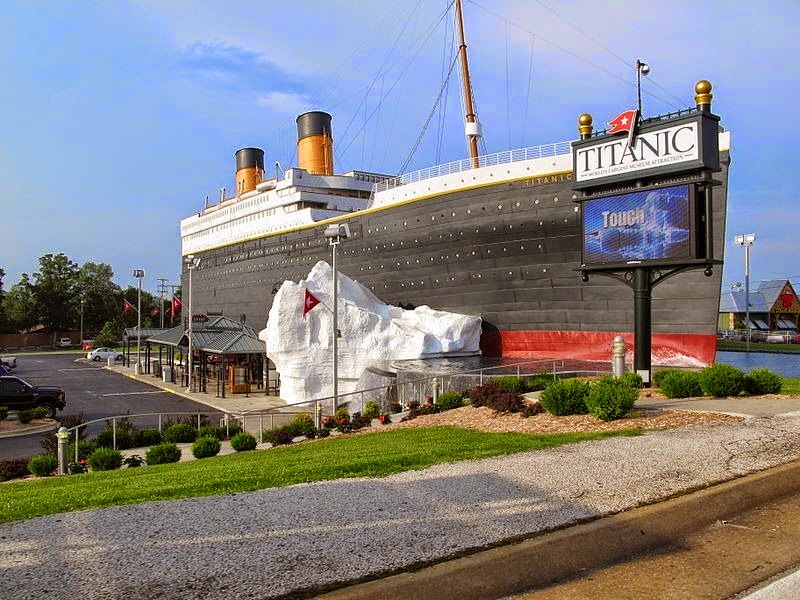 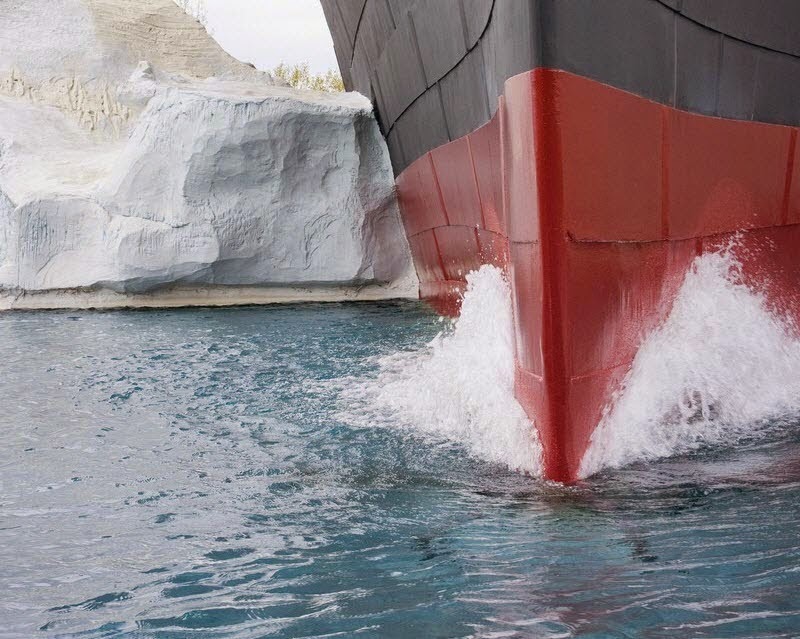 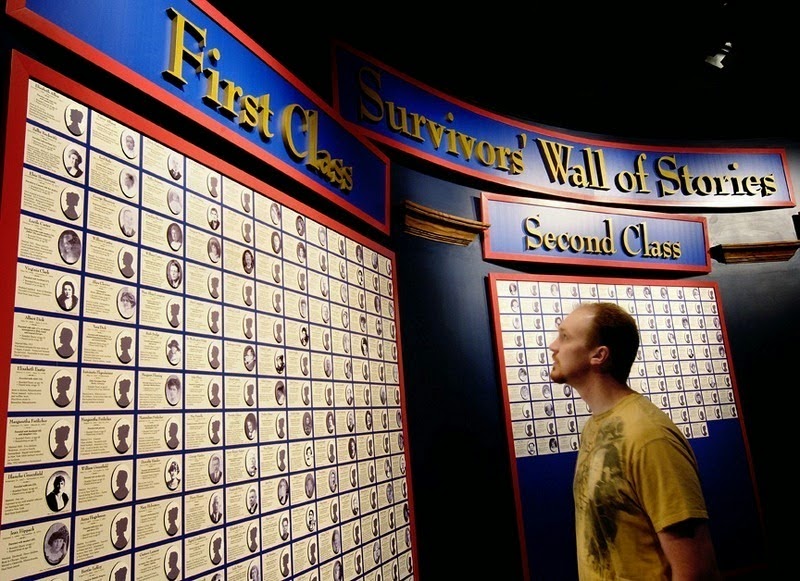 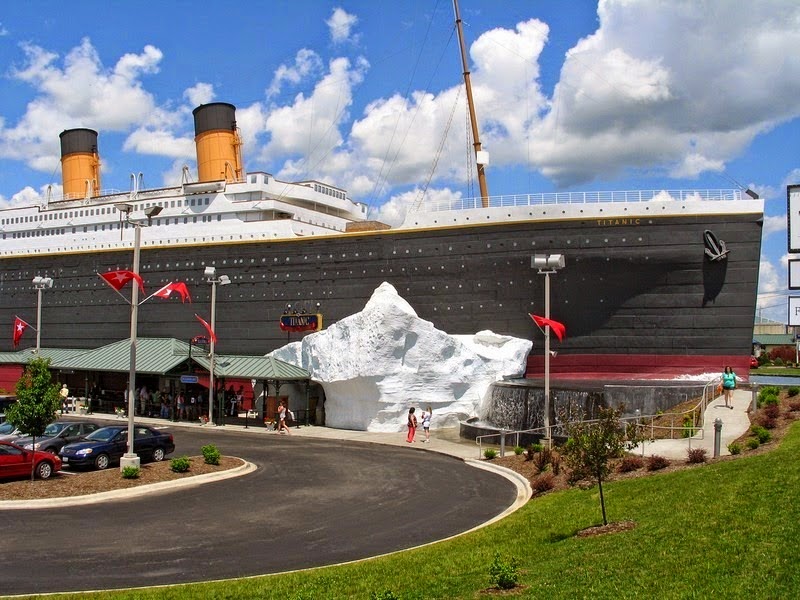 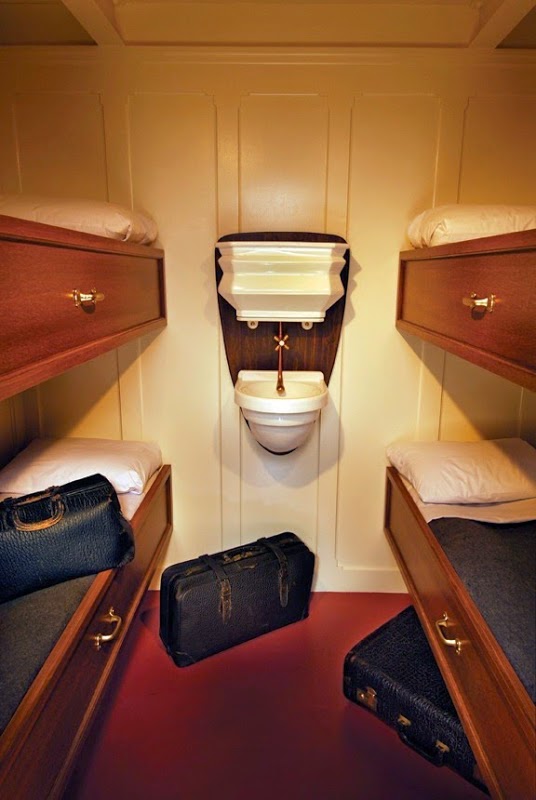 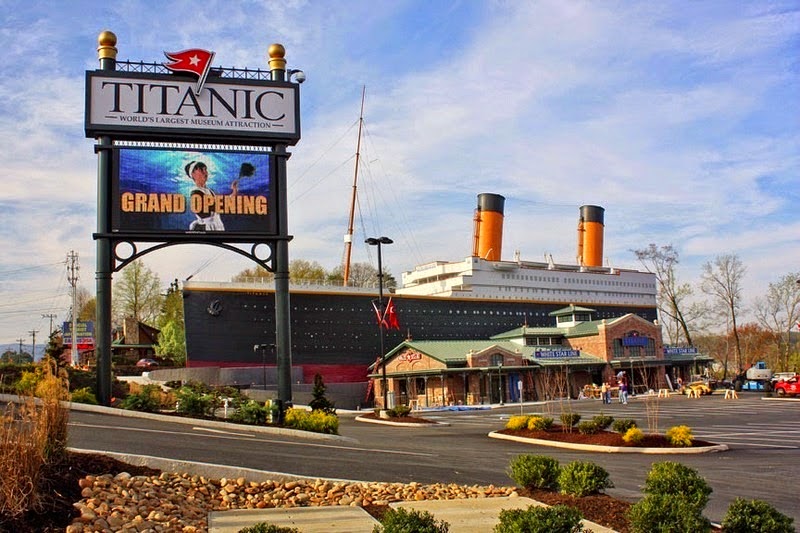