The Environment Before and After 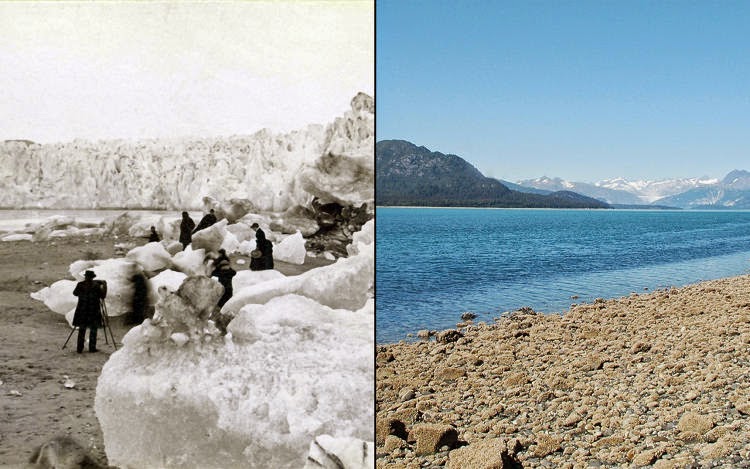 There are a lot of places on the Internet to look for interesting before/after pictures giving evidence of climate change like the one above, but the best one these days is probably NASA’s Images of Change project, which provides side-by-side photos of the same place over time to document the environment changes that have happened through natural and man-made causes. Here are a few images and a video to get you going and want to explore more. 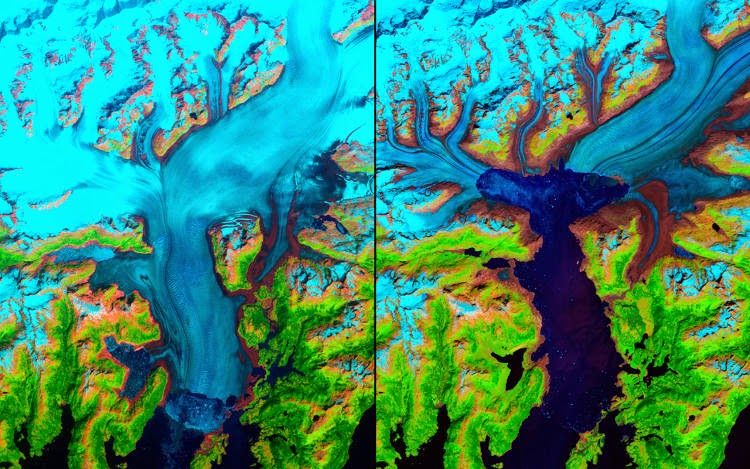 The Columbia Glacier in Alaska started to shrink quickly in 1980. On the left, the glacier in July, 1986; on the right, July last year.

From 1977 (left) to 2011 (right), Beijing sprawled to around 17 million people. The blue color shows pavement and buildings gobbling up farmland and nature, shown in red. 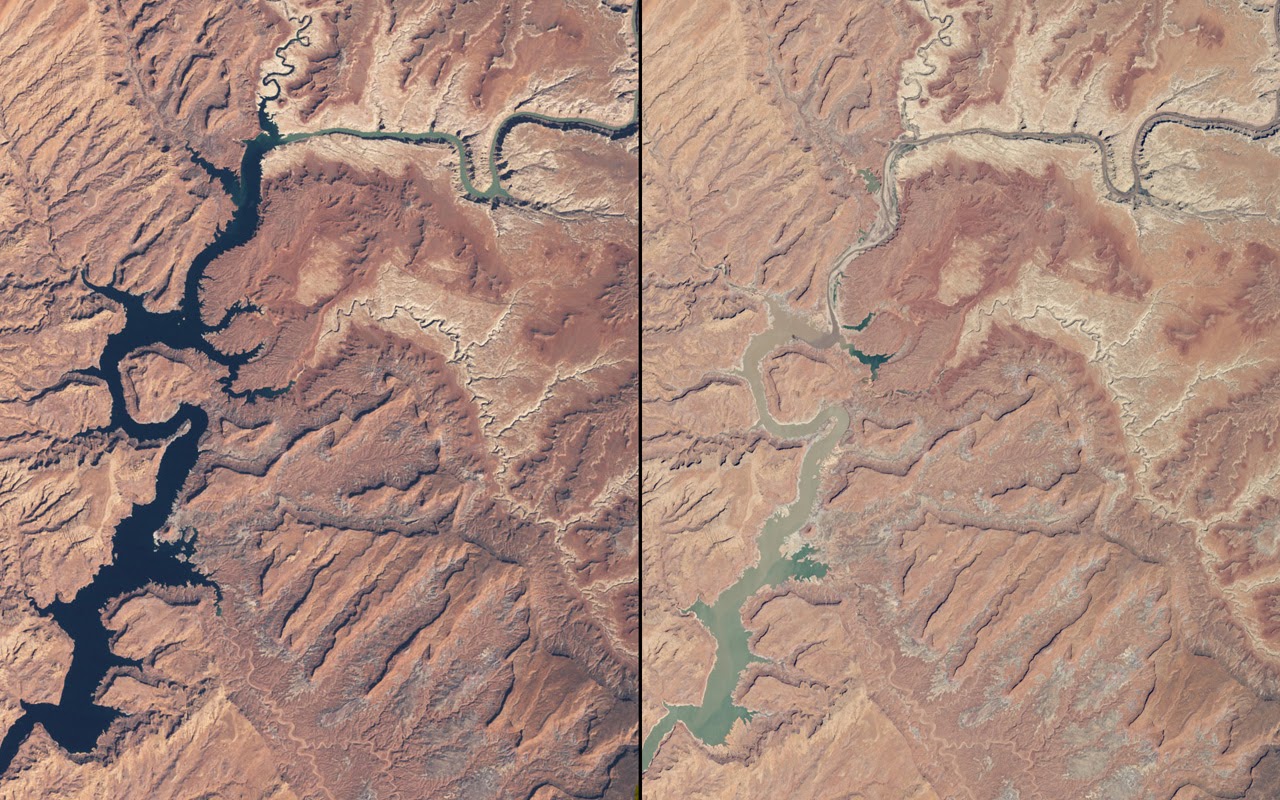 In 1999, the water in Lake Powell was near full capacity. The shot on the right, from last year, shows how little is left after years of drought.

Since 1973, when the picture on the left was taken, Singapore has transformed its coastline with artificial land. The city-state plans to increase the original area by 25%. 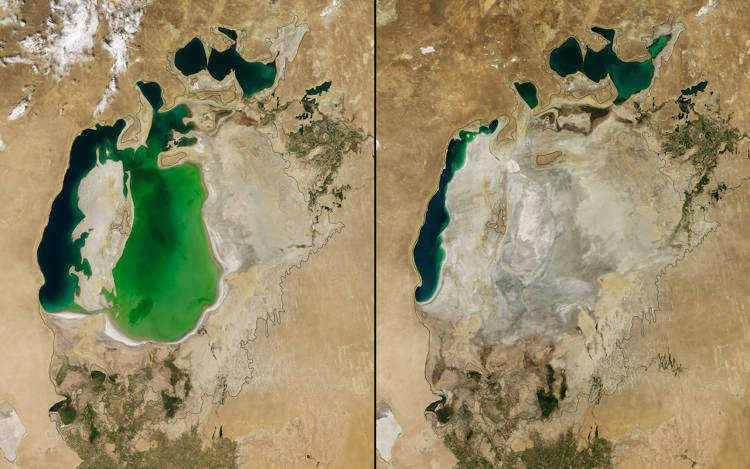 In the 1960s, the Soviet Union started using water from the Aral Sea, one of the largest lakes in the world, to irrigate crops. By 2000, the lake shrank and split into two parts. Last fall, part of the lake dried up completely for the first time in 600 years. 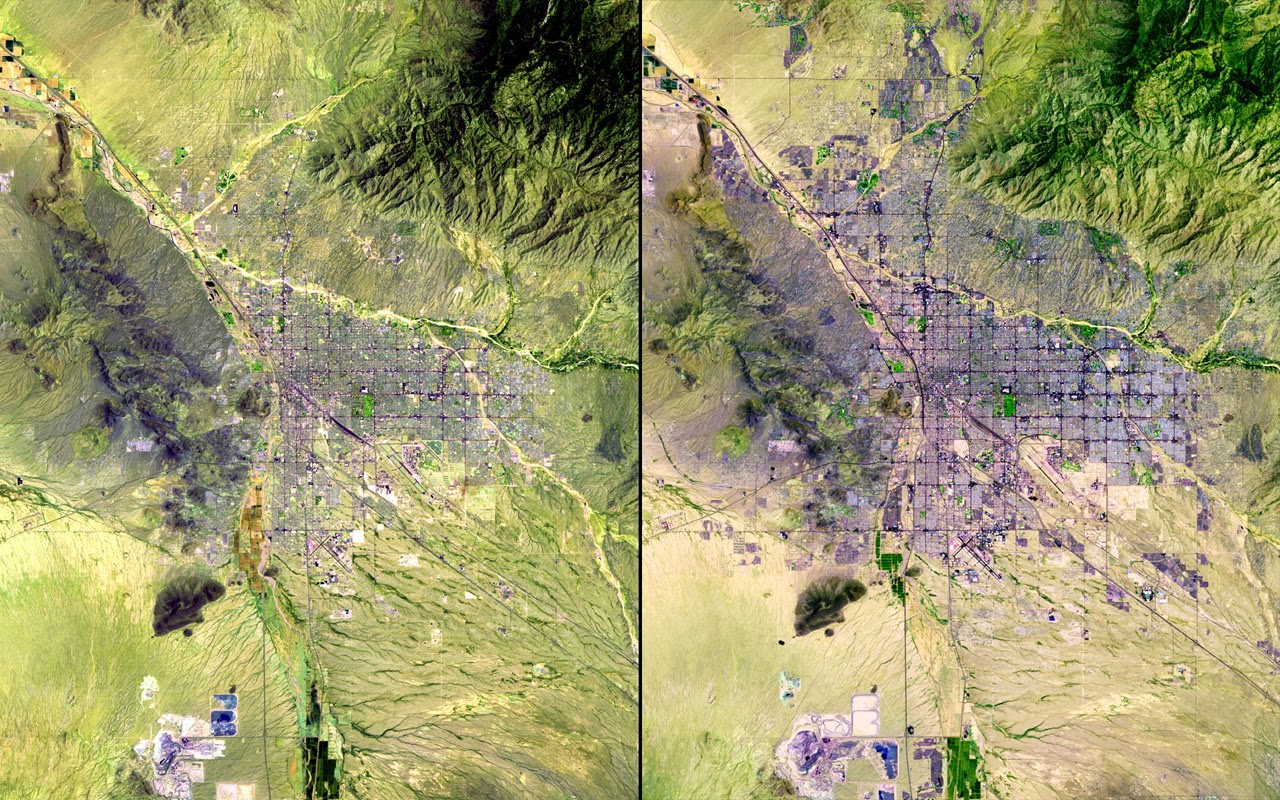 From 1984 to 2011, when these images were taken, Tucson, Arizona grew from a population of 600,000 to more than 1 million. As the population grows, the drought is getting worse; some experts predict Arizona could be out of water in six years. 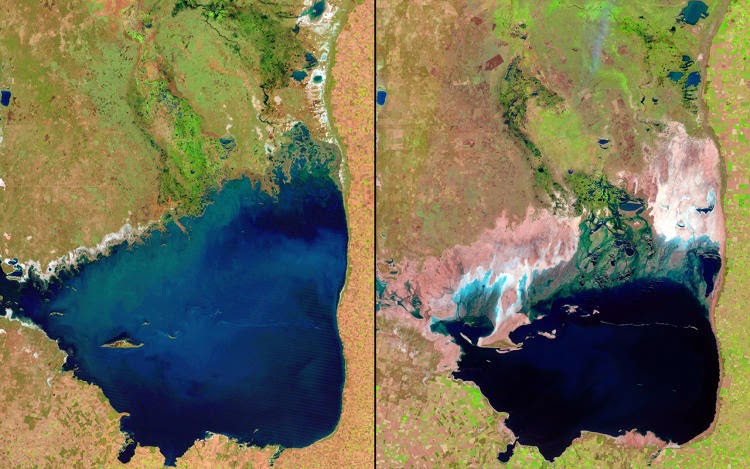 Mar Chiquita, a large lake in Argentina, is shrinking and getting saltier because of drought. The photos show the change in size from 1998 to 2011. 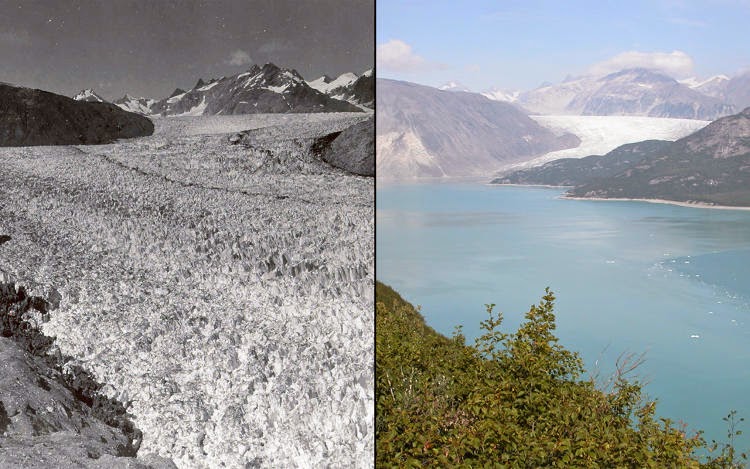