The Hand of the Atacama Desert

In the middle of the Atacama Desert, a giant hand rises from the ground like the remains of an ancient civilization. In reality, it’s a pretty modern sculpture – an art piece called “Mano del Desierto” and created by Chilean artist Mario Irarrázabal in honor of the victims of injustice and torture during the military regime in Chile.

The sculpture has a base of iron and cement, and stands 11 metres tall. Funded by Corporación Pro Antofagasta, a local booster organization, the sculpture was inaugurated on March 28, 1992. It is located 75 kilometers south of the city of Antofagasta, and 350 meters away from Route 5 which crosses the Atacama Desert plateau from north to south. It has since become a point of interest for tourists traveling Route 5, which forms part of the Pan-American Highway. Unfortunately the sculpture is continuously targeted by graffiti, and therefore requires frequent maintenance and cleaning. 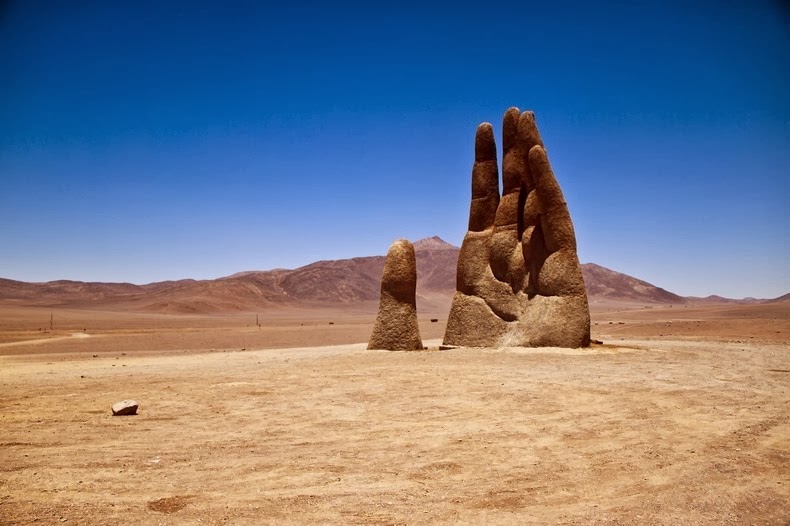 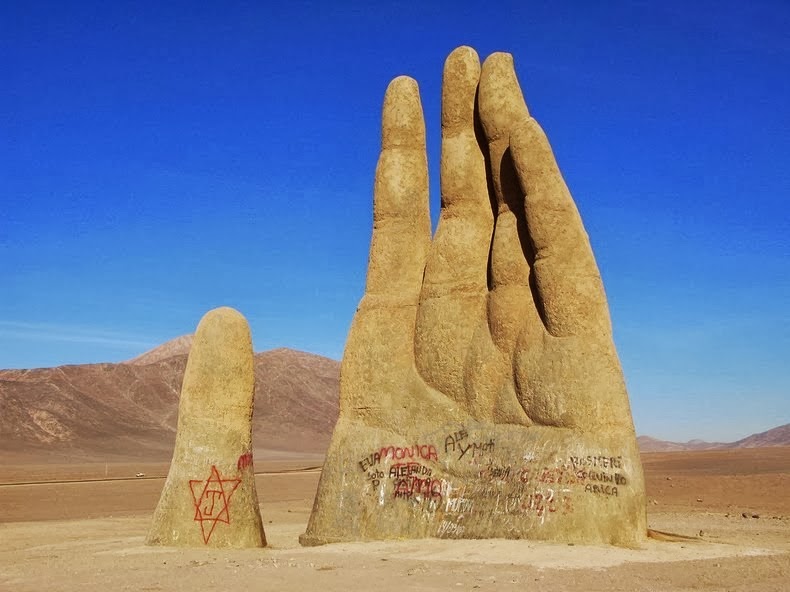 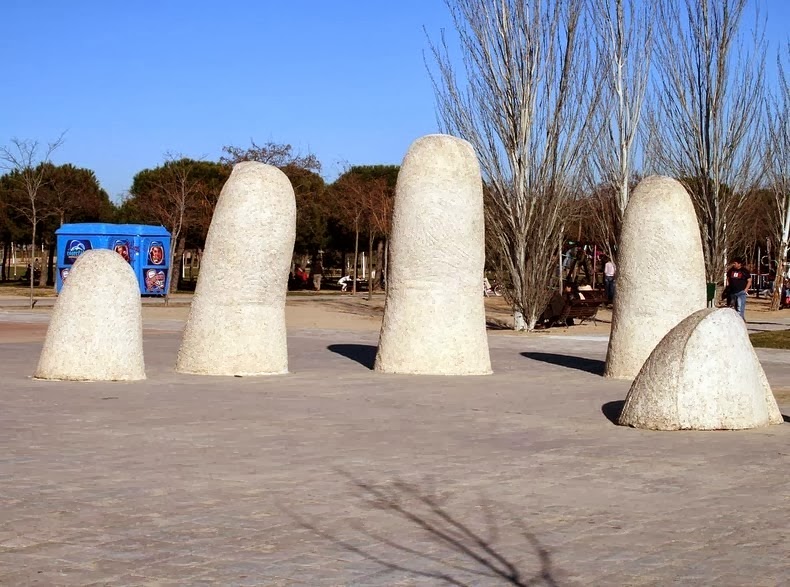 The Hand at Juan Carlos I Park in Madrid, Spain. 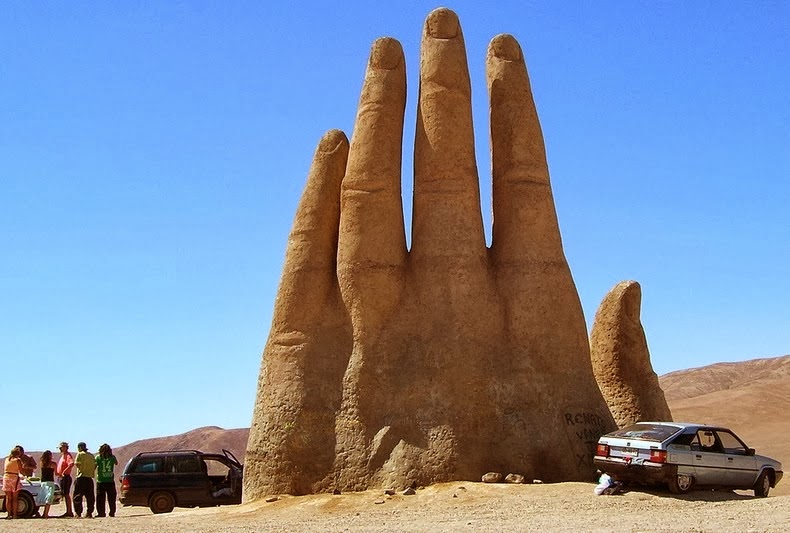 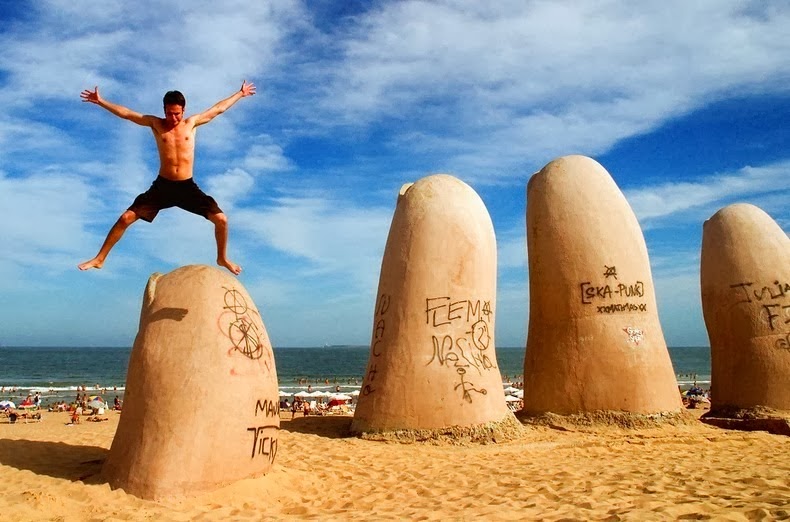 Another Hand at Brava Beach in Punta del Este, Uruguay 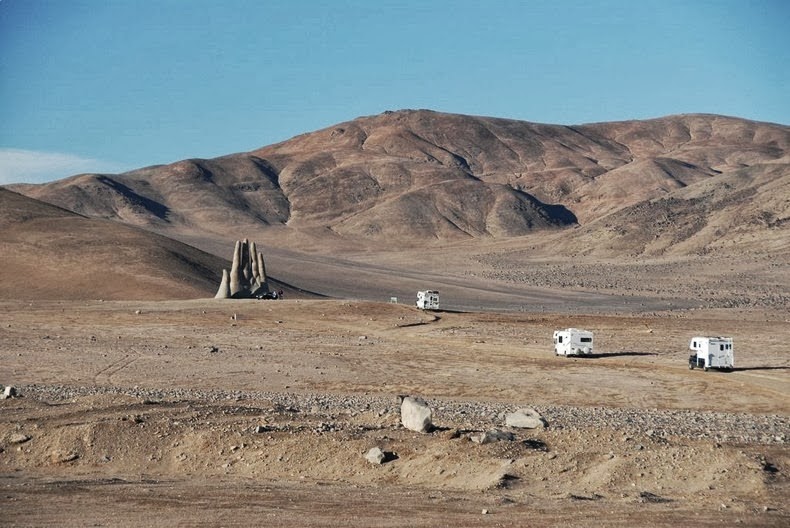