From these pictures you might think an airliner miraculously landed in the woods, but that is actually one man’s dream home. You see, Oregonian Bruce Campbell doesn’t just love planes, he lives in one.

After buying a Boeing 727-200 for $100,000 a few years ago, Bruce had it moved to his plot of land in the middle of the Oregon woods, parking it in what might be termed his garden. After the rather large mobile home was in place he got to work on turning the aircraft into a home for him to live in.

Campbell left most of the outside of the plane as was. 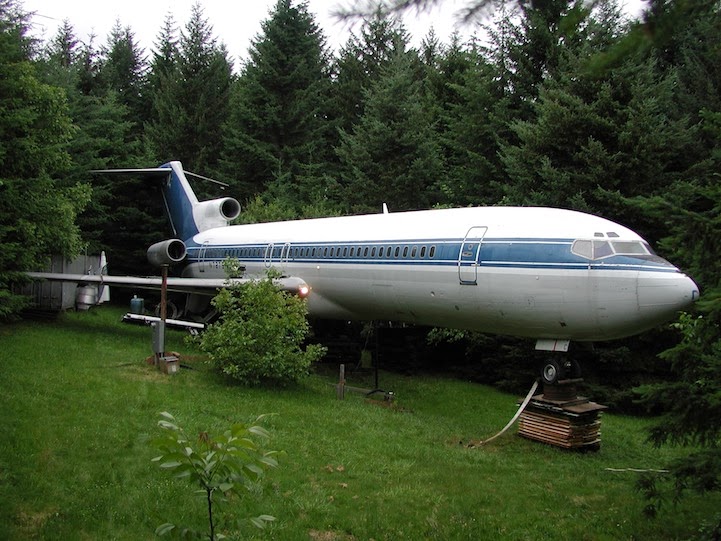 The entrance to the airplane home is at the back. 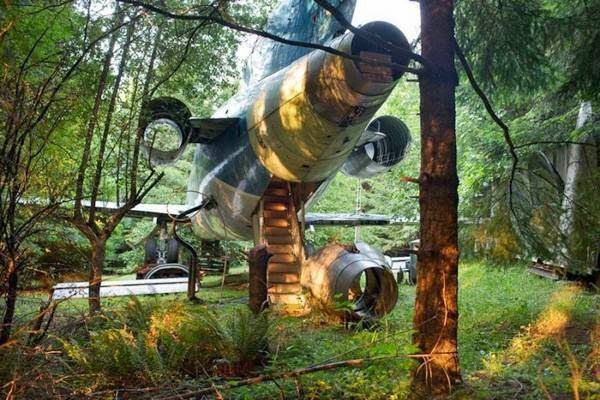 Instead of transforming the 1,066 sq ft interior of the plane to resemble a modern home, Campbell chose to leave a lot of the original equipment intact. 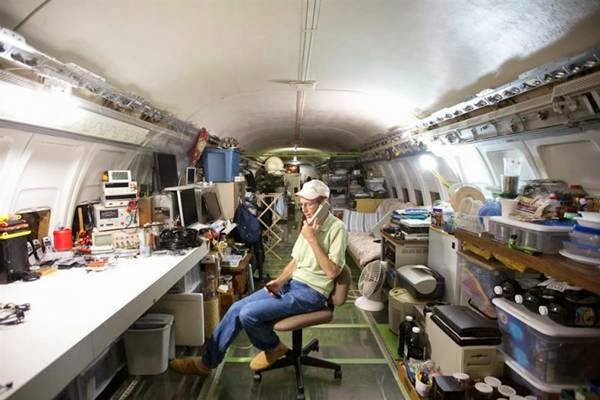 He uses the cockpit as a reading room and he even installed a computer monitor right in the middle of the instrument panel. 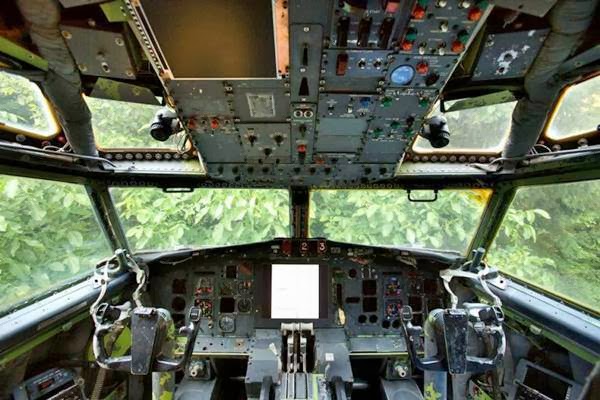 But there is no home without a bathroom, so he got one of the original plane bathrooms up and running. 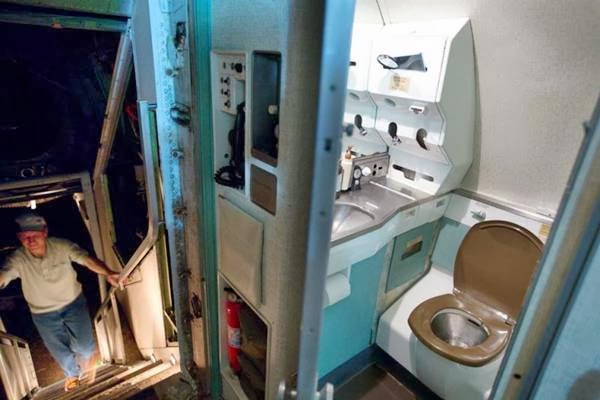 He’s managed to turn the plane into quite a cozy space, but his most intriguing renovation has to be the transparent floor. 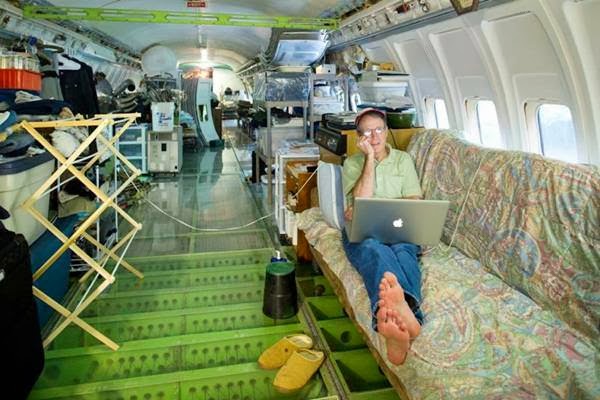 The original floor was torn out and replaced with translucent panels, allowing visitors to see the super structure’s ribs and controlling cables running from the cockpit to the wings and tail. 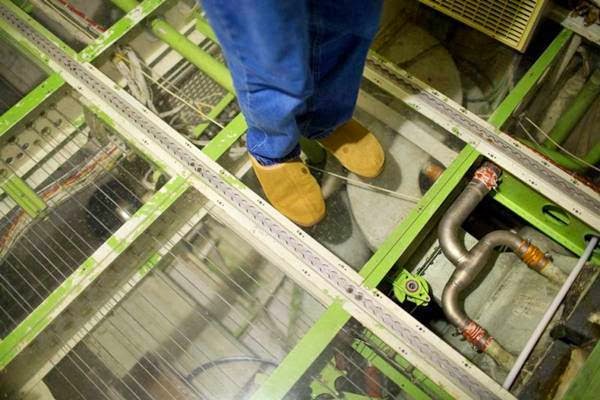 There is plenty of storage in the cargo hold and the wings serve as a great deck. 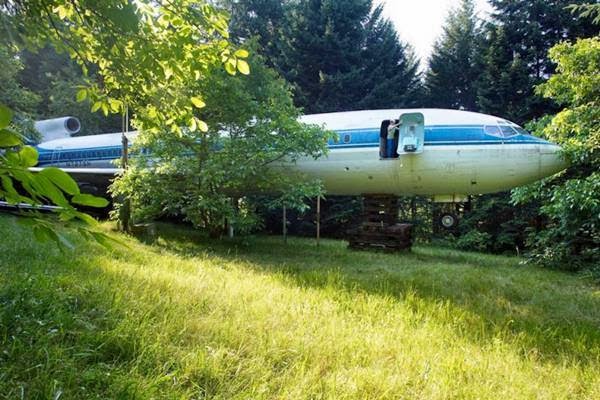 It must be awesome to meet new people and invite them back to his place…umm, his plane. 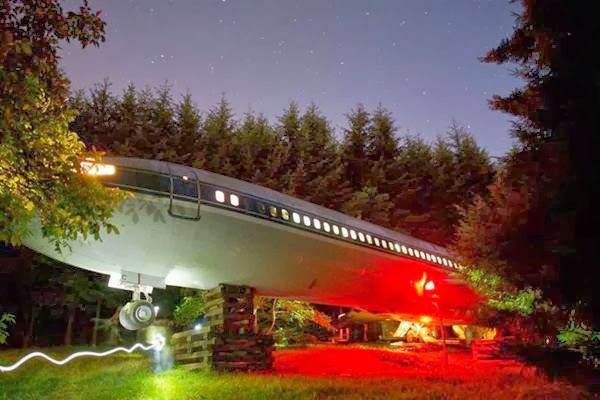 While most of us would use these stairs to get off a plane as quickly as possible, he sees it as a welcome home sign. 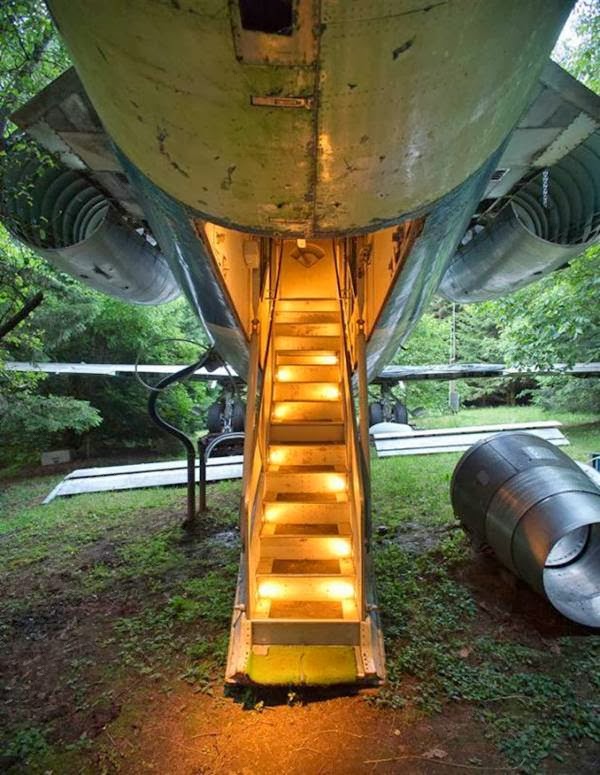 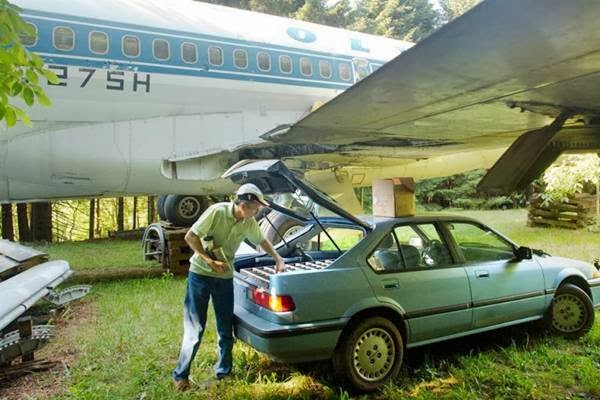