The Church of Scientology, the religion whose followers include actors Tom Cruise and John Travolta, plans to start a religious broadcasting centre to promote its teachings over TV, radio and the internet. 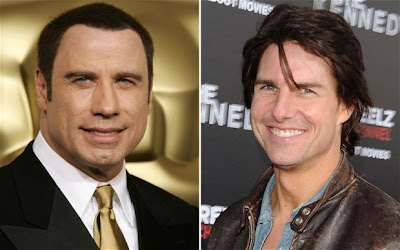 The station would elevate the public profile of a religion that has mostly relied on pamphlets and books by its founder, L. Ron Hubbard, to proselytise for new members.

"The church plans to establish a central media hub for our growing world network of churches and to move into the production of religious television and radio broadcasting," said Karin Pouw, a spokeswoman for Church of Scientology International, in an email.

She said there is no timetable for when operations would begin.

Scientology TV could be similar to Pat Robertson's Christian Broadcasting Network or the Trinity Broadcast Network. Trinity creates Christian programming at a production centre in Irving, Texas, and airs it on TV stations and cable channels, said Rick Ross, whose non-profit Rick A. Ross Institute in Trenton, New Jersey, maintains an online archive of data on cults and controversial movements.

"Hollywood is a major hub for creative talent and some of them are Scientologists," said Ross. "They'd have a lot of talented folks who could produce shows and stars like Tom Cruise who would appear on them."

Elayne Rapping, a pop-culture expert and professor of American studies at the University of Buffalo, told Reuters she is not surprised by the church's move.

"Having their own TV is a good idea since they can spin things their way," she said. "They are after good PR which they can control to offset the bad publicity surrounding them in other media."

Former members of the 60-year-old church accuse it of being a cult and have alleged that it abuses members and separates parents from children, among other things. The church denies such accusations.

The celebrity of controversial members like Cruise and Travolta is a double-edged sword for the church, Rapping said.

Cruise is one of the world's biggest movie stars, but his divorce from actress Katie Holmes has fuelled speculation that the couple disagreed on raising their 6-year-old daughter, Suri, as a Scientologist and sparked a flurry of news coverage about the church.

John Travolta was recently sued for libel by a Los Angeles man who wrote a book about his alleged homosexual encounters with the "Saturday Night Fever" and "Pulp Fiction" star.

The Hollywood studio would complement the church's existing production facility, Golden Era Productions, near Hemet, California, which produces DVDs and "other audio-visual materials that comprise a large part of the Church's religious and educational materials," Pouw said.

Scientologists are likely to buy time on local TV stations to air shows as other religions do, said Bill Carroll, vice-president of Katz Television Group, which advises TV stations on programming.

They could create their own cable channel, he said, but could also get a license from the Federal Communications Commission to operate a broadcast channel by adhering to FCC rules on children's programming, news and other regulations.