A British auction company has cancelled what it claimed was the sale of a vial containing blood belonging to Ronald Reagan, after the former US president's foundation expressed outrage. 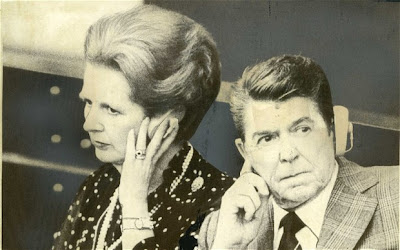 Mrs Thatcher and Ronald Reagan listening to a speech by Dr Joseph Luns at the opening of the nato summit at bonn, 1982

The PFC Auction house, a Guernsey-based auction house, says the item will instead be donated by the seller to the late president's foundation for display.

Reagan's family, his foundation and his surgeon had criticised the proposed sale as an invasion of his privacy.

The foundation Thursday expressed appreciation for the decision.

Online bidding on the item had reached about $30,000 when the sale was suspended. It had been set to conclude on Thursday evening.

The statement said the seller, who has remained anonymous, had obtained the vial at a US auction earlier this year.

The decision not to sell the controversial item was praised by the Ronald Reagan Presidential Foundation in California, which had earlier announced plans to try to stop the sale through legal means.

"We are very pleased with this outcome and wish to thank the consignor and PFC Auctions for their assistance in this matter," said John Heubusch, executive director of the foundation. He added that he was pleased the late president's blood will be kept "out of public hands."

In its statement, the auction house, which is based in the Channel Islands between England and France, revealed new details about the aborted sale.

It said the seller had purchased the item at a public auction in the United States earlier this year for $3,550. It quoted the seller as saying he was a serious collector of presidential memorabilia who had donated to museums in the past.

"I would personally be delighted to see this important artifact put on public display by the Foundation," the seller said.

Reagan required emergency surgery after he was shot by John Hinckley Jr. outside the Washington Hilton Hotel shortly after speaking to labor union officials on March 30, 1981. Hinckley fired six shots at the president from close range. All six missed, but one bullet ricocheted and hit Reagan.

The president was wounded just two months after taking office. He suffered a punctured lung and severe internal bleeding that required life-saving surgery.

Hinckley was found not guilty by reason of insanity. He remains in a psychiatric facility in the Washington area but has been allowed to spend some time outside the facility with his family.
Labels: News
Newer Post Older Post Home