A third attempt to forge a coalition in Greece has failed as the leader of a radical party committed to a complete revision of the country’s critical EU bailout refused an invitation to joint rule. 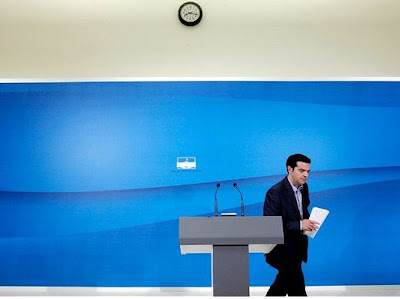 Alexis Tsipras leaves a press conference in Athens, after leaders failed to forge a coalition 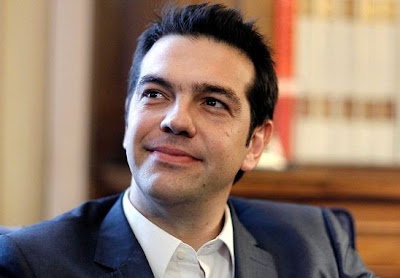 The latest round of talks failed after the left wing leader who wants to renegotiate the country’s critical EU bailout refused to join forces with parties that support the austerity measures.

Alexis Tsipras, leader of the Radical Left Coalition or Syriza, said his presence in the proposed coalition was merely being sought by more established, pro-bailout parties as a “Leftwing accomplice”.

Evangelos Venizelos, the leader of the socialist Pasok party, admitted the talks had failed and said he would return his mandate to form a government to the president today.

A slim chance remains that an emergency “national unity” government could be formed if the president can convince the parties to work together.

But given the rancour on display, a new election next month is a more likely outcome, a scenario that would weaken confidence in Greece’s ability to meet its debts to international creditors and stay in the euro.

Though the Syriza leader slightly softened his tone yesterday, he has called the conditions of Greece’s financial rescue plan “barbaric” and vowed to tear it up.

Mr Venizelos accused Mr Tsipras, a charismatic 37-year-old who has taken the political scene by storm, of “arrogance” and failing to “face up to his political responsibilities”.

Hopes of a breakthrough had been raised on Thursday when the small Democratic Left party proposed a national unity government that would seek to gradually extricate Greece from its two loan deals, worth a record 240 billion euros.

Expectations increased further when Antonis Samaras, leader of the largest party New Democracy, declared he could work with Pasok and Democratic Left and its leader Fotis Kouvelis.

However those hopes receded when the latter decided for sure that he would not join a government without Syriza, which polled a surprising second place in Sunday's election after a strident campaign against the high levels of austerity in the EU rescue plan. He said its absence would ignore the angry message of the election.

With opinion polls showing Syriza’s popularity jumping eleven per cent since Sunday to 27.7 per cent, Mr Tsipras may well have preferred to wait for another election next month.

Victory would give his party a bonus 50 seats and the probable ability to form a coalition with just one other partner.

Earlier in the day, worried outgoing prime minister Lucas Papademos hurried to a meeting with President Carolos Papoulias, telling the head of state that there were “issues of economic and foreign policy that require immediate attention”.

Greece has already committed to itemizing in June another 11.5 billion euros in savings over the next two years. It also needs to pay back 436 million euros in maturing debt on May 15.

Germany’s finance minister insisted yesterday that the single currency was prepared and would weather the storm if Greece was forced out of the eurozone.

“We want Greece to remain in the eurozone. But it also has to want this and to fulfil its obligations,” Wolfgang Schaeuble said. “We cannot force anyone. Europe will not sink that easily,” he told the Rheinische Post newspaper.

“We have learned a lot and built and built in protective mechanisms. The risk of effects on other countries have been reduced and the eurozone as a whole has become more resistant.”

The Daily Telegraph understands that the German government is increasingly resigned to the prospect that Greece will crash out the euro over the summer and that the eurozone is prepared. Diplomats point to over a trillion euros in cheap European Central Bank loans since December and new powers for the eurozone’s bail-out fund to guard Spanish and Italian banks and bonds from contagion.
Labels: News
Newer Post Older Post Home