One of the world's most iconic masterpieces, The Scream by Edvard Munch, has sold for $119.9m (£73.9m), becoming the most expensive artwork ever sold at auction. 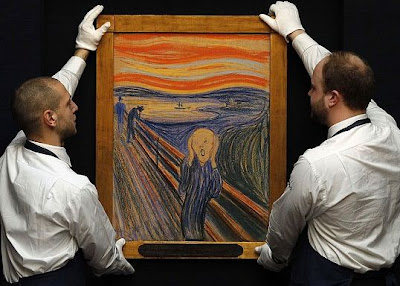 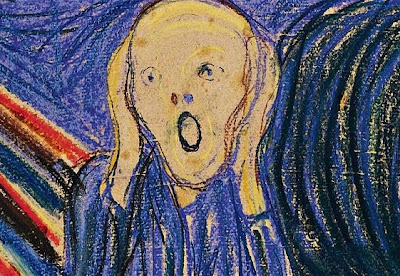 The work, created in 1895, went under the hammer at Sotheby’s in New York and was won by an anonymous telephone bidder.

The sale beat the previous world record for the most expensive artwork sold at auction which was held by Pablo Picasso’s Nude, Green Leaves and Bust. That sold at Christie’s in New York for $106 million (£70 million) in May 2010.

It had been estimated that The Scream would fetch upwards of $80 million (£50 million) and the auction house had hoped that it would topple the record.

On Wednesday night in New York after more than 10 minutes of tense bidding, starting at $40m, the previous record fell.

Two anonymous telephone bidders went head to head from about the $80 million mark and slowly inched into world record territory.

The artwork almost sold at $105 million before a late intervention saw the bidding continue to $107 million. Once the 'buyer's premium' is added the sum becomes $119,922,500.

The masterpiece was put on the market by Petter Olsen, a Norwegian businessman, whose family knew Munch and who have owned the portrait since the 1930s.

There are four versions of The Scream created by Munch, three of which are in museums. Two versions weren stolen while on display but have since been recovered.

The version sold last night was the only one remaining in private hands and is considered perhaps the most sought-after of the four because it contains a poem about the work – written in the artist’s own hand – on the frame.

It reads: “I was walking along the road with two Friends / the Sun was setting – The Sky turned a bloody red / And I felt a whiff of Melancholy – I stood / Still, deathly tired – over the blue-black / Fjord and City hung Blood and Tongues of Fire / My Friends walked on – I remained behind / – shivering with Anxiety – I felt the great Scream in Nature – EM.”

The Scream is one of the world’s most iconic artworks. It inspired tributes from other artists, including Andy Warhol. And it gave rise to the Scream series of horror films in which the murderer wears a mask depicting the screaming face.