Pictures have emerged of the Colombian strip club where members of President Barack Obama's Secret Service detail allegedly picked up prostitutes ahead of a major international summit. 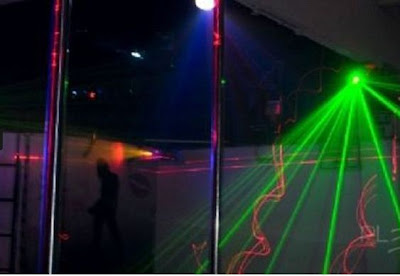 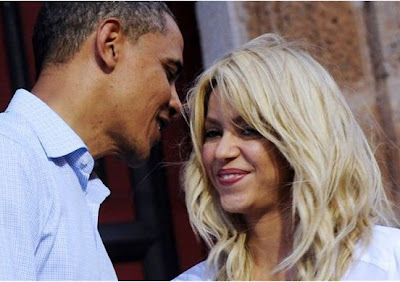 US President Barack Obama leans over to kiss Colombian singer Shakira during an event to hand over land titles to representatives of the Afro-Colombian community at the Plaza de San Pedro in Cartagena, Colombia

Illuminated by green neon laser lights, the windowless Pley Club in the city of Cartagena was apparently the starting point for a scandal that has deeply embarrassed the White House.

Agents from the US Secret Service visited the club and downed beers and whisky as they watched a selection of scantily-clad women dance on poles from a table-height stage, the New York Daily News reported.

As the night dragged some of the elite bodyguards took prostitutes back to the Hotel Caribe, the historic hotel being used by the Secret Service, members of the US military and American reporters.

“The gringos got rowdy at the bar. They drank fine whisky and slept with the prettiest ones, the ones that charge 300,000 pesos (£113),” one staff member told the El Heraldo newspaper. “Some did not want to pay. To make it worse, they almost beat up employees who wanted them to pay up.”

Prostitution is legal in Colombia and encounters between foreigners and local women often begin in the strip clubs.

“The girls dance for the audience. They put on a show,” Juan Carlos, the Pley club's manager told the Daily News. “Then, they walk around and talk to the guys... if they like each other, they negotiate a deal.

“The tourists come here and have a good time. We don’t let them mistreat the girls. They come to us if someone isn’t treating them right. Customers get drunk, but it never gets out of hand.”

Mr Carlos denied that any members of the Secret Service had come to the club.

The allegations against the President's security guards cast a shadow over the Summit of the Americas talks being held in the Colombian city over the weekend.

Eleven agents have been suspended in the scandal, which only came to light after one prostitute refused to leave the hotel, claiming she had not been paid for her services.
Labels: News
Newer Post Older Post Home