US government 'paid terrorist $100 a month'

The US government paid a terrorist who plotted to blow up the New York Subway system $100 a month as they sought to have him testify against other suspects, a court heard Monday. 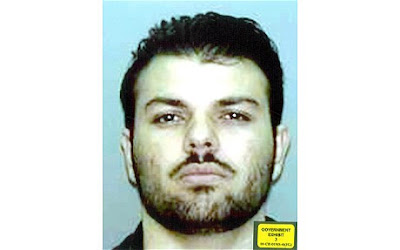 Zarein Ahmedzay is shown in a photo from the U.S. Attorney's Office in Brooklyn, N.Y

Zarein Ahmedzay pleaded guilty last year to being part of a suicide-bomb plot which was to target the city’s transport network in an attack which would have echoed the July 7 London underground bombings.

Yesterday, as he gave evidence against an alleged fellow plotter, Adis Medunjanin, Ahmedzay claimed that, for the past year, the US government has been paying him $100 a month (£63) while he has been in prison.

Ahmedzay is one of several terrorists who is testifying against Medunjanin.

The convicted British terrorist Saajid Muhammad Badat struck a bargain with the Crown Prosecution Service (CPS) in which he was given a reduction of two years in his sentence after agreeing to testify against other terrorists, including Medunjanin.

The evidence of Badat, who was an accomplice of Richard Reid, the shoe bomber, is due to be heard later this week.

Today, Ahmedzay told the US District Court in Brooklyn that he is testifying in the hope that he will receive a sentence of “zero years” in exchange for co-operation.

The court heard that the US government has agreed to write a letter to the judge who will eventually sentence Ahmedzay if he co-operates fully in the prosecution against Medunjanin.

And he claims the prosecutors told him, during a series of meetings following his admissions, he would not have to go to a high-security "supermax" prison if he testified.

Ahmedzay yesterday said that the US government has also been paying money towards his “commissary” while in prison. Asked if this meant the taxpayers were funding his “soda and candy” while he was behind bars, he agreed.

He put the sum at $100 a month. Asked if this meant he had been paid a total of close to $2,000, he said had not calculated the total but said that the payments had lasted more than a year.

Ahmedzay has admitted plotting to wear a suicide vest and detonating a bomb on the New York Subway at rush hour. Najibullah Zazi has also pleaded guilty to being involved in the plot.

Ahmedzay told the court that Medunjanin was involved in the plot too. Medunjanin denies the allegations.

Ahmedzay said that the three men travelled to Waziristan together to train at a terror camp where they were shown videos featuring Mohammad Siddique Khan, one of the July 7 ringleaders.
Labels: News
Newer Post Older Post Home